Review of Raindrops and Roses Lizette 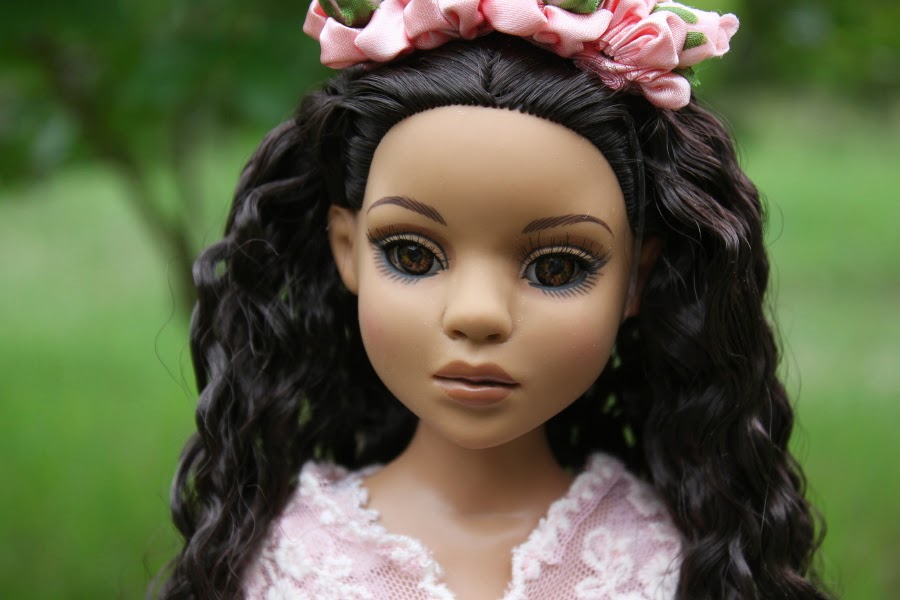 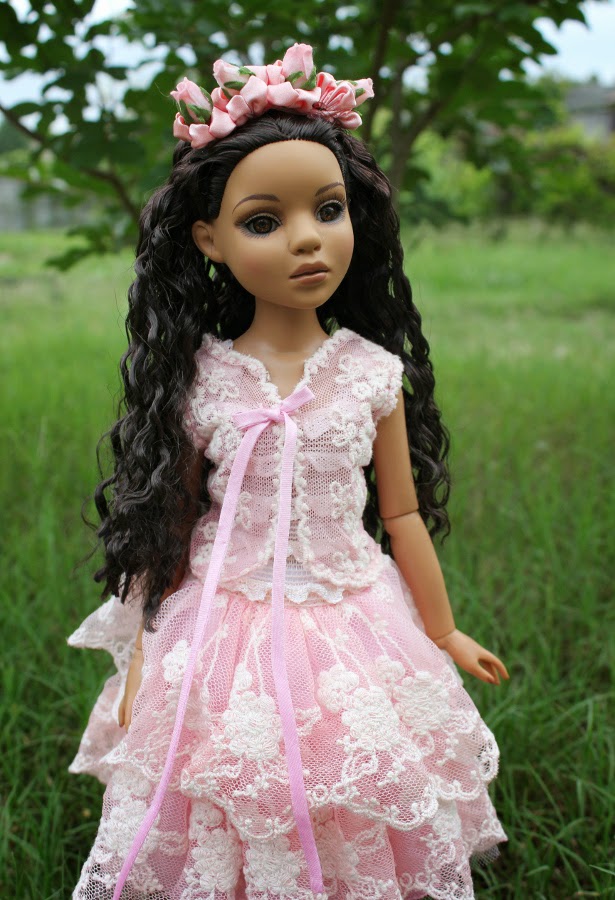 Raindrops and Roses Lizette finally came home to me!  She's part of the Ellowyne Wilde line of dolls, and is marketed as Ellowyne's friend.  I think she manages to steal the spotlight from Ellowyne sometimes, though!

I love both the doll and the dress.  She looks like a girl dressed for a wedding, or a fairy princess, or maybe just a girl playing dress-up in her froufiest getup.  (Is "froufiest" a word?  I've decided it should be.)

This girl uses the "honey" skintone.  Wilde Imagination also offers another Lizette with a darker skintone they call "spice."  Raindrops and Roses has inset acrylic eyes that are beautifully detailed, with applied eyelashes.  Her hair is rooted, and is a very dark brown ... not quite black, but almost.  In real life, it's a shade darker than it appears in the promo pics on the Wilde Imagination web site.

The hair is soft to the touch, not stiff with styling product.  I don't know what would happen to this hair if you brushed it.  It'd either survive the brushing just fine, or turn into a frizzy mess.  I have no idea, and don't plan on finding out.

I mention that she has rooted hair because two of the other Lizettes Wilde Imagination currently offers have removable wigged hair.  That is, they are bald, but each come with two wigs you can use interchangeably.  Very fun, but I prefer rooted hair, myself. 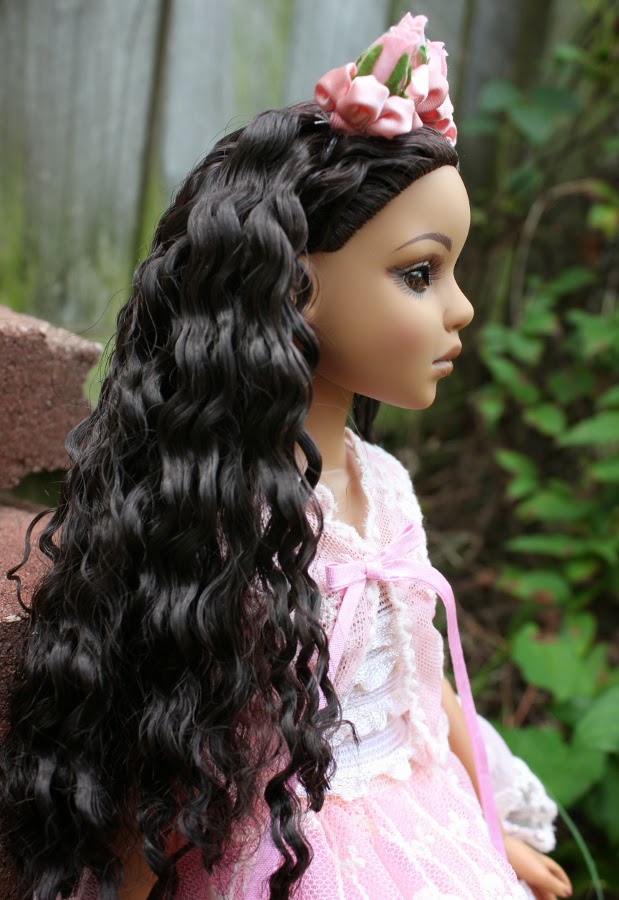 Anyway, the dress!  I never used to like pink, but having a 6-year-old daughter has given me a new appreciation for pink.  The outer portion of the bodice ... more of a lace vest, really ... is removable and separate from the rest of the dress.  I wasn't expecting that!  Underneath, the dress itself fastens in back with snaps.  There is a separate tulle petticoat under the skirt, which is layered in both lace and fine tulle.  She does not have panties, but her lace tights cover her adequately under the skirt.  (Well, mostly ... LOL.  They are lace, after all.)  The tights looked white next to her skin, but after I took them off I realized they're actually cream. 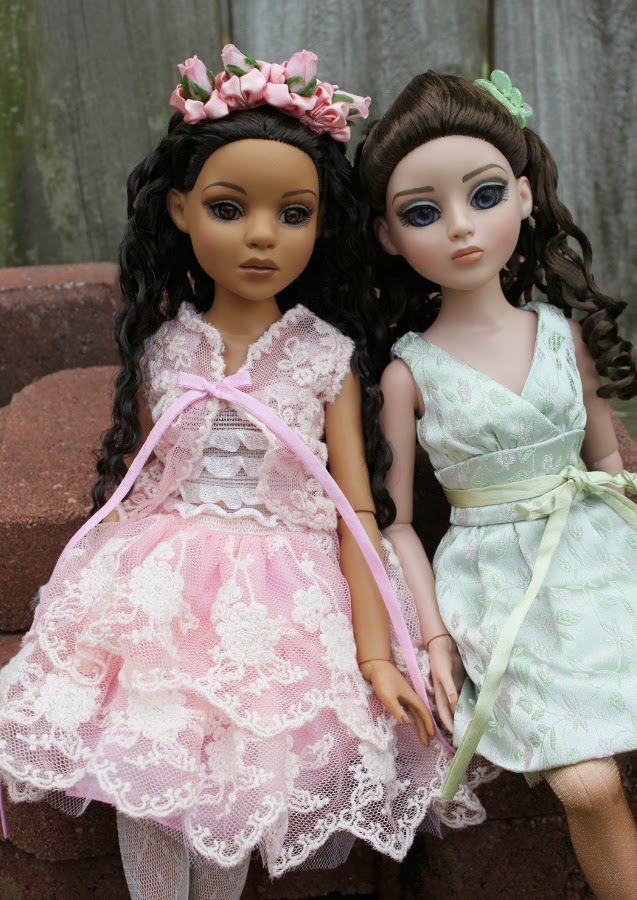 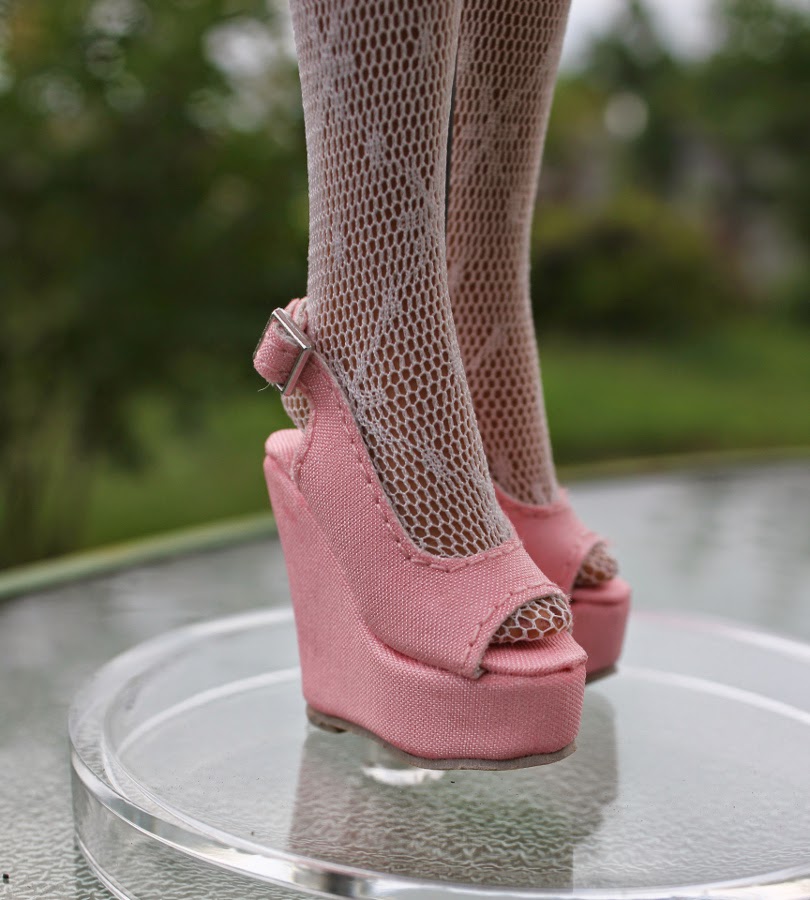 The rose headdress is on an elastic band, so you can slip it around her head or take it off as desired.

She came with a simple necklace, which was the only part of the doll I found underwhelming.  The necklace is some cheap plastic beads threaded onto a thin ribbon.  Maybe they thought it looked like a necklace a little girl would wear?  Don't know.  It just seems a little odd placed with an otherwise high-quality doll. 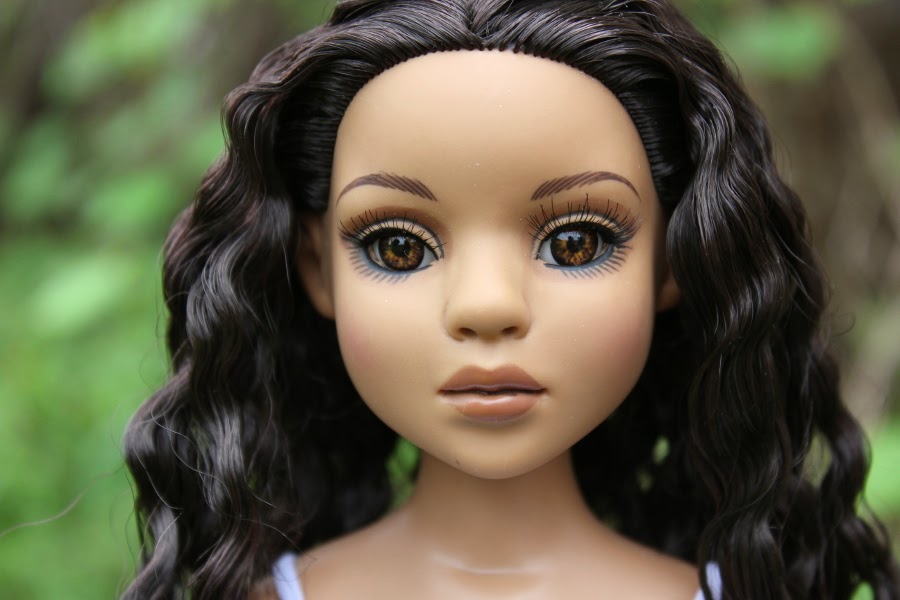 The awkward picture below was meant to show off Lizette's wonderfully-articulated arms and legs.  They hold poses beautifully.  She can touch her forehead, and sit nicely without falling over.  She shares a body with the Ellowyne Wilde and Amber Stanhope dolls, so can share clothing with them.  R&R doesn't come with this undergarments set; I just put it on her so I could show off her jointing.

She looks so unhappy that I was trying her in goofy poses!  Hee hee. 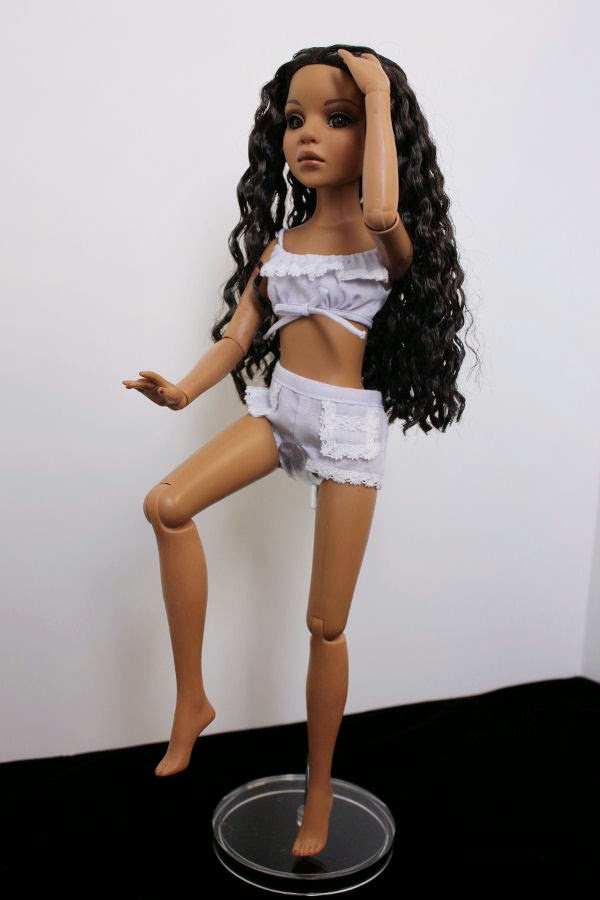