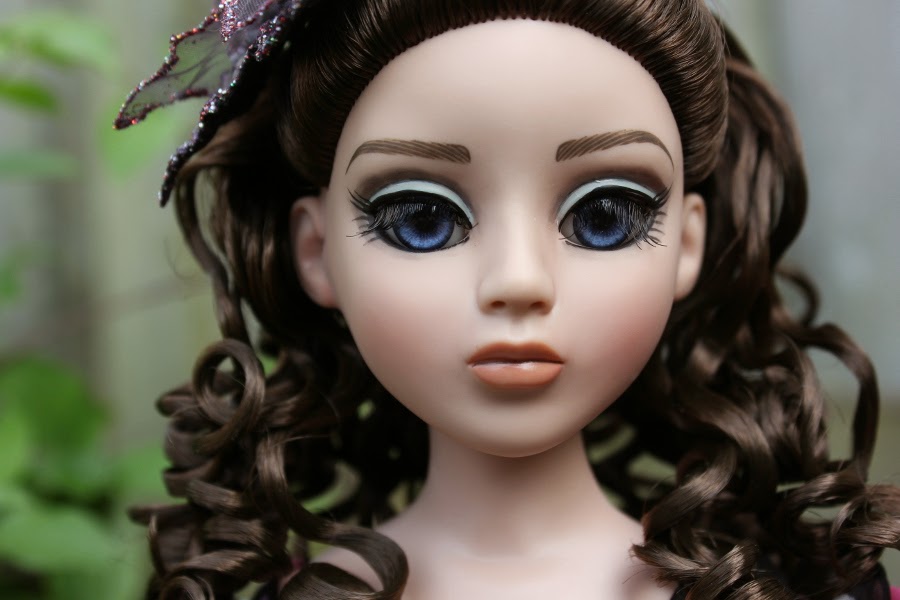 Well, I like to go back and forth between talking about Integrity Toys dolls and Robert Tonner dolls (among others), so today's Picture Candy is Amber Disquietude from Wilde Imagination, a Tonner company.

She's from 2012 and sold out, so it'd be silly to do a whole review.  I have to say, though, she is the first Amber doll I've gotten, and I'm totally won over.   She's part of the Ellowyne Wilde line, which includes the peripheral characters Lizette, Prudence, Rufus and Amber.  Is it a crime I like Amber and Lizette more than the main character, Ellowyne?  LOL!  I'd love to get a Lizette one day, but for now, it's just mopey little Disquietude. 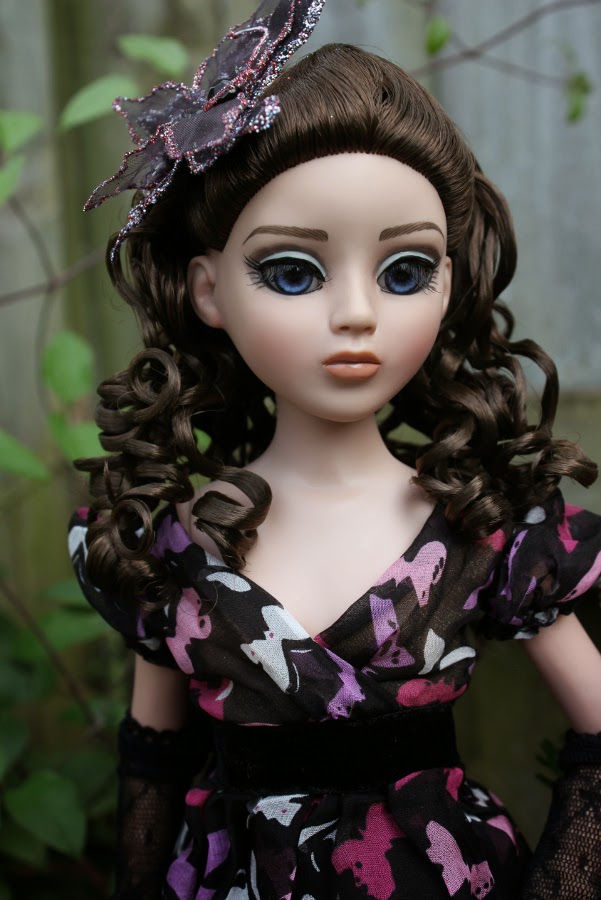 There's something about this sculpt that looks sad.  At least a little bit.  Maybe she's depressed I don't have her friends here to keep her company.  Maybe I need to cheer her up by buying her tons and tons of clothes.  *Grin.* 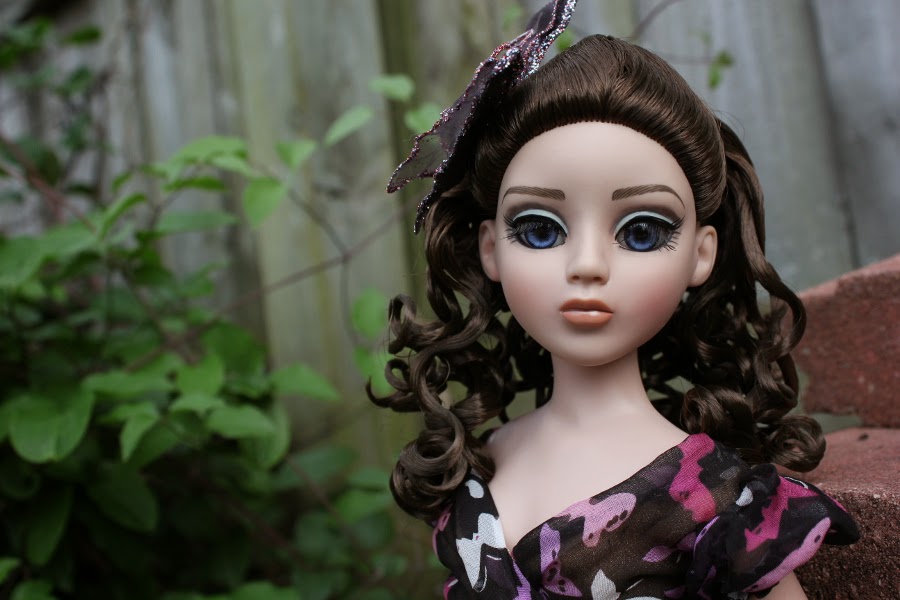 I'm totally enamoured of her hair, which is photo-snap perfect from every direction.  Her eyes remind me of a Siamese cat ... they're that exact same shade of intense blue.  They look like they're made of glass, but more probably it's a glass-like acrylic.  Her eye style and size make her look a bit like a resin Asian ball-jointed doll, only the eyes aren't changeable and the body is not strung. 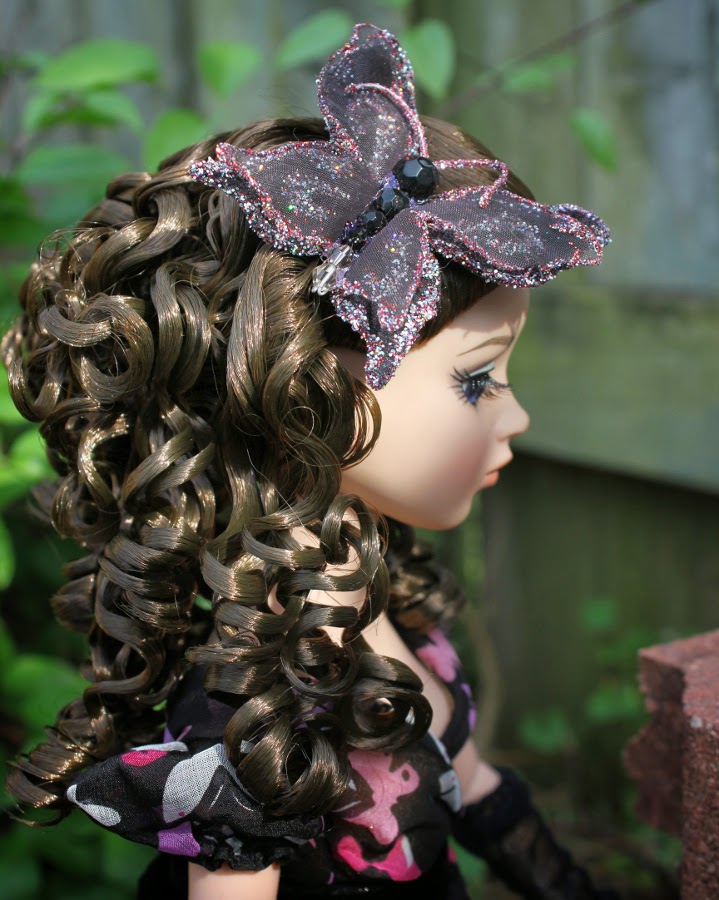 She shares a body with Ellowyne, which is ABSOLUTELY AWESOME for finding clothing for her.  I actually just ordered two outfits for her, so she may be doing a modeling shoot later.  I really dig the Ellowyne body.  It's aesthetically pleasing, the articulation and posing are superb, and I even appreciate the little things, like the fact the neck isn't too skinny.  With that flat chest and baby face, she looks to me like she's only about 14 or 15, though.  I have no idea how old these characters are supposed to be, but mine apparently just started high school.  She must be the best-dressed person in her class. 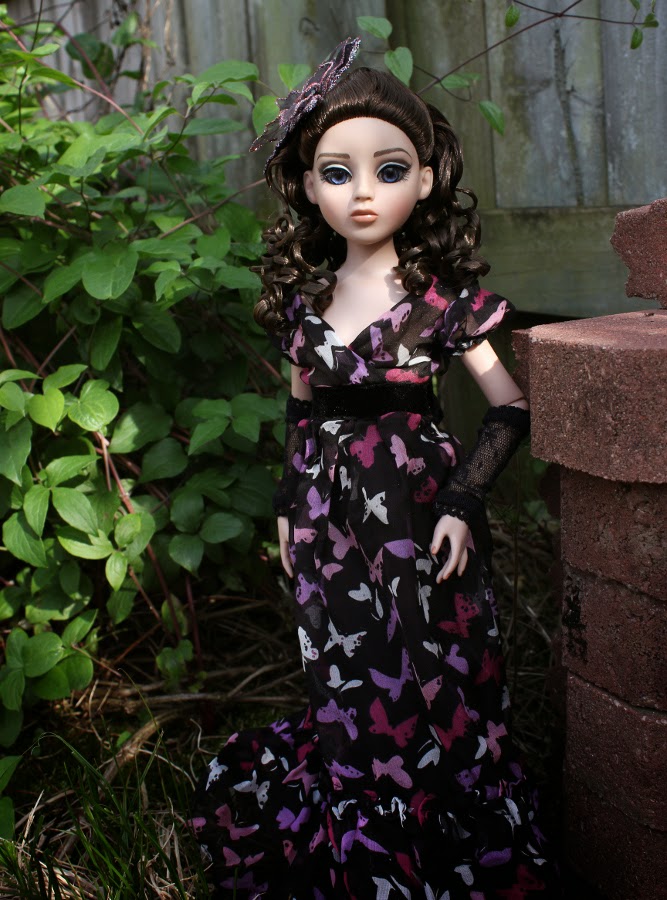 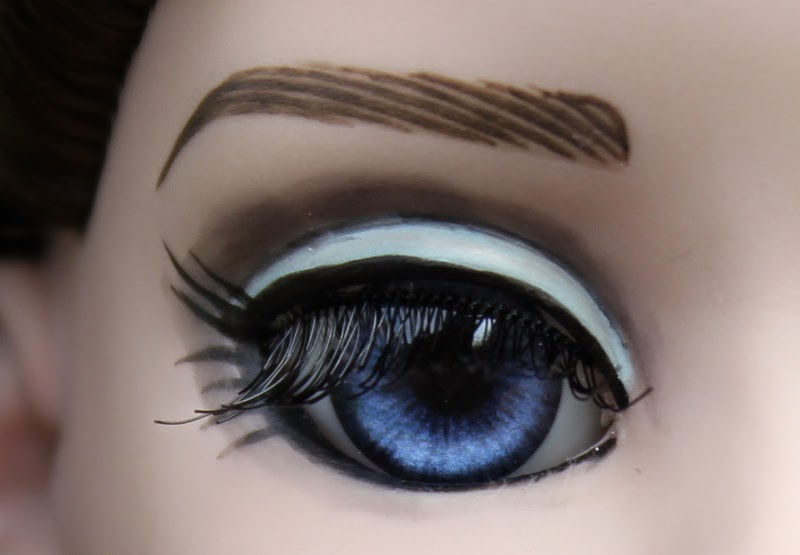