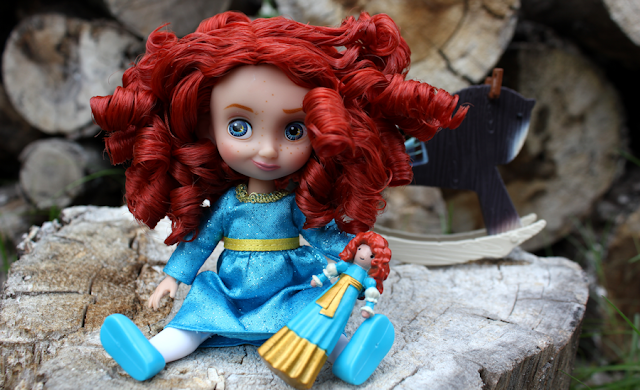 These are the two newest mini Disney Animator playsets. The Disney Store released Alice in Wonderland in early 2016, and mini Merida was released in Summer 2016.  (Only just a couple of weeks ago here in the United States. She managed to make it to Britain first.) I've grown to be a big fan of the Animator minis, so they came home with me. 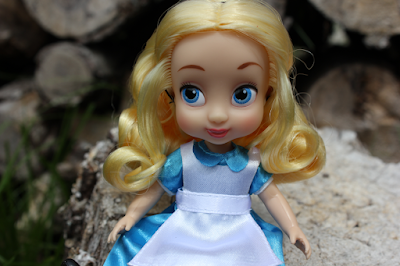 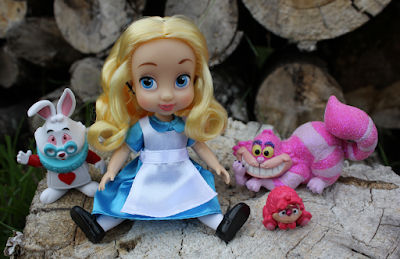 Both sets came with great accessories, but I think I'll start with Alice, since I'm so in love with the White Rabbit, flamingo, hedgehog and Cheshire Cat she came with. Look at them! Absorb the cuteness! 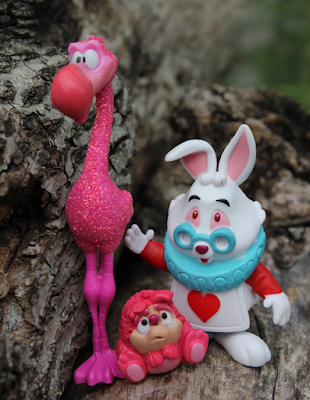 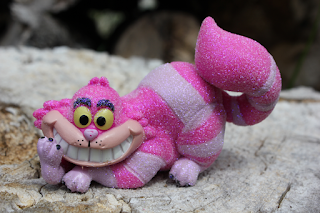 I'm less crazy about the Queen of Hearts that came with her. The sculpt is amusing, but I would have much preferred if they'd replaced her with the March Hare instead, or a teapot set. 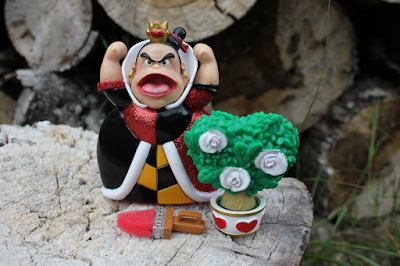 The rosebush with the white roses is super interesting. When I got it, I had NO IDEA the roses changed color. A card that came with the set said if you get the white roses wet, they change color to red. Since the set also arrived with a tiny sponge paintbrush, your child can wet the brush and then "paint" the roses, and they'll change to red temporarily. I thought this was insanely clever and fun. I had to try it out, of course .... 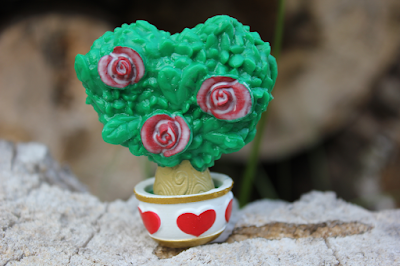 The roses stayed red for a surprisingly long time afterward, but eventually became white again when the flowers dried. 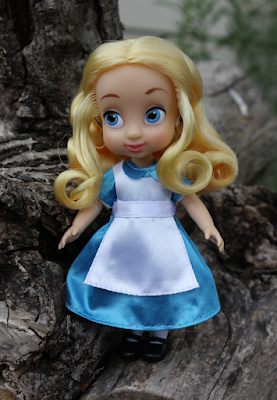 Alice herself is pretty cute and happy. I lucked out and got one with perfect hair. This isn't my favorite sculpt out of all the Disney Animator dolls, but she's still adorable.


And now for Merida, from the movie "Brave." Great movie. The doll is impish and charming, and has freckles. 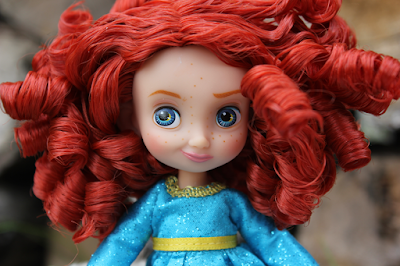 The best thing about this set was that it comes with a wonderful rocking horse that she can really sit on and ride. Love it! I have to admit that I wanted this rocking horse as much as I wanted the doll itself. 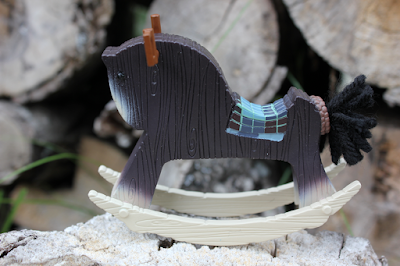 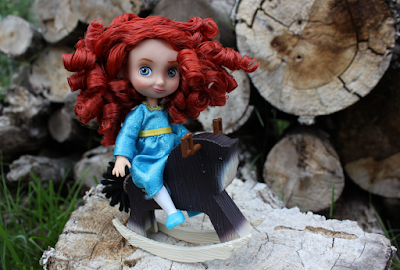 Also included was a bow with two arrows and a target, a doll for the doll, a dark figurine of Merida with her entire family (I believe this was in the movie???), and a lyre. I just noticed this is the first mini playset where the accessories don't have glitter! Sweet. 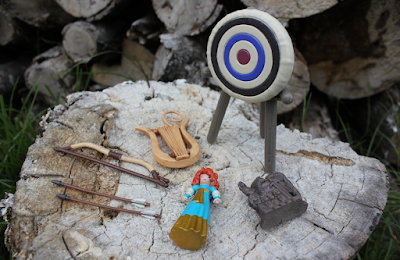 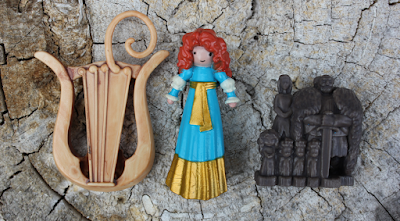 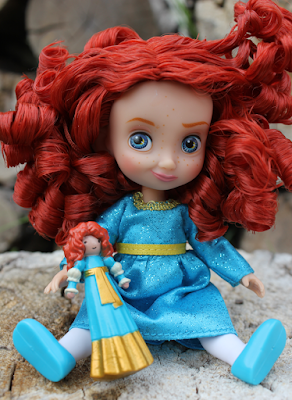 So anyway, enjoy the pictures. I've heard Disney will be doing a large Animator doll later this year for the release of the movie Moana in November, but no word yet on whether there will be a mini playset released as well. When they first released Alice, they came out with a large doll and the mini playset both at the same time, so I hope the Moana release will be similar.
See ya. 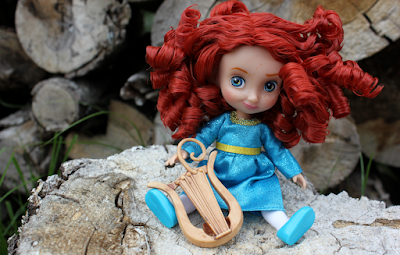