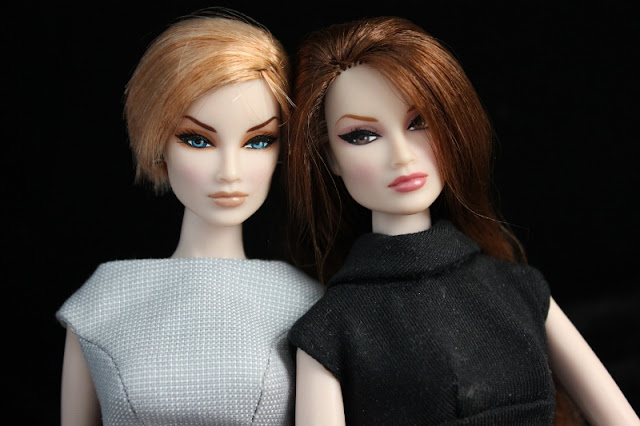 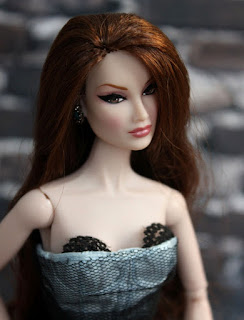 Imogen sisters!  I wanted to photograph them together.  I do love this sculpt!  The first incarnation of this sculpt was the original Brides of Dracula Lucy that was produced by Ashton-Drake in collaboration with Integrity Toys.  She's since taken on a life as one of the Fashion Royalty Nuface girls.  These are "London Mist" Imogen and the Workshop Imogen from the 2011 Integrity Toys convention.

I got the Workshop Imogen as just the head.  She ended up stealing a body from my Rock Wedding Erin, so poor Erin is now in a drawer bodyless.  LOL. Anyone want an Erin head cheap? (EDIT: Erin head is sold now.)

The gown is the dress from "Private Goddess" Natalia. 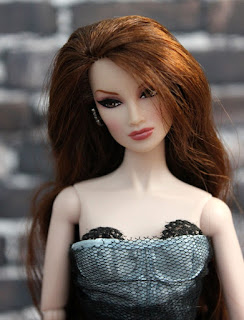 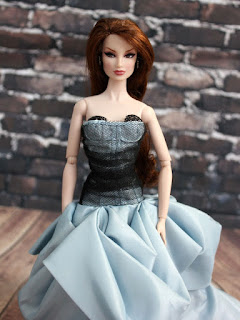 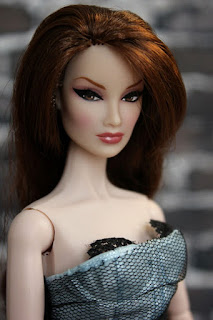