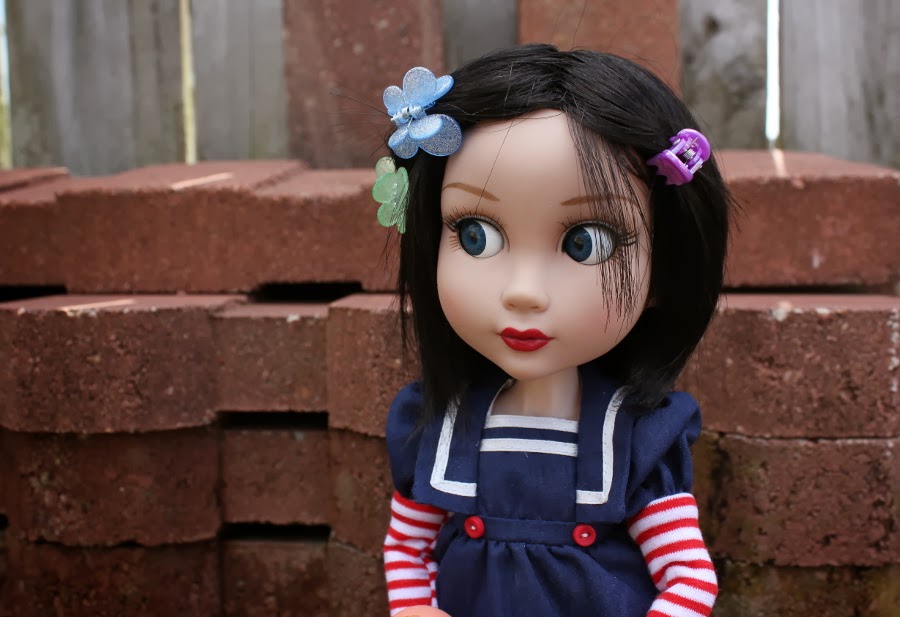 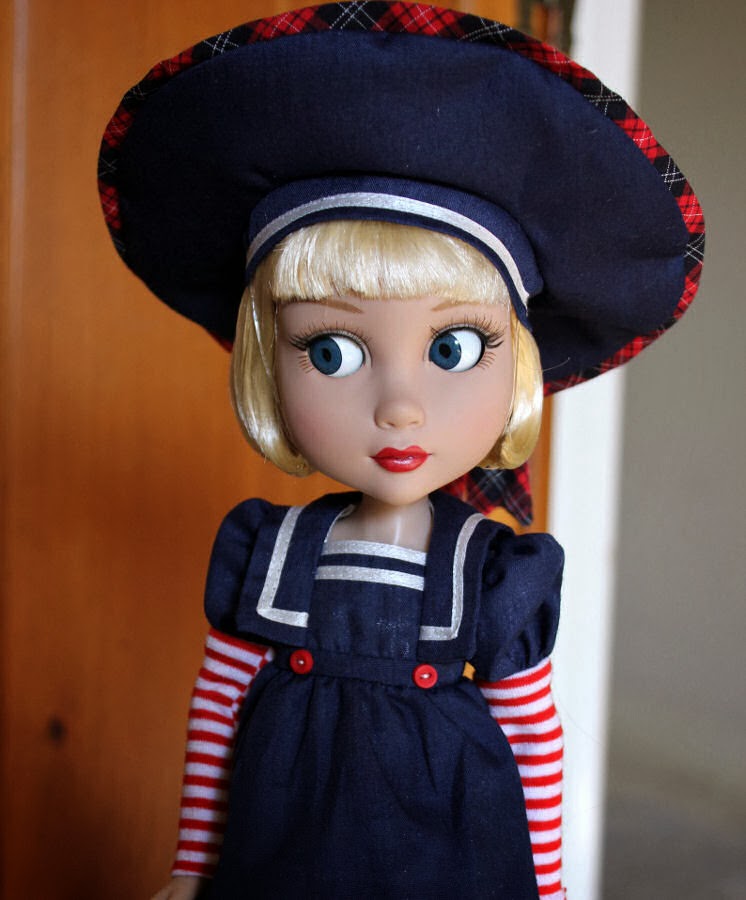 I saw the words "non-removeable wig" on the description of Ahoy Patience, and I regarded it as my own personal challenge.  Hee hee!  Apparently, I'm not happy unless I'm devaluing my dolls.  I've been really intrigued by these Patience dolls by Wilde Imagination, and finally one is living at my house.  It was a close race between Ahoy and the Alice in Wonderland Patience.  Really, the only reason Ahoy won out is because she was wigged instead of rooted.  The wig was glued down, but that never stopped me before.  I peeled the wig up carefully from the back and ... now I have my own, totally unique Patience!

She's cute.  Super cute.  I won't do an entire review of her, since the Toy Box Philosopher already did a detailed review of Ahoy.  This is my first Patience, and I like her enough that I'd want a second.  She has this facial expression that makes her look so inquisitive! 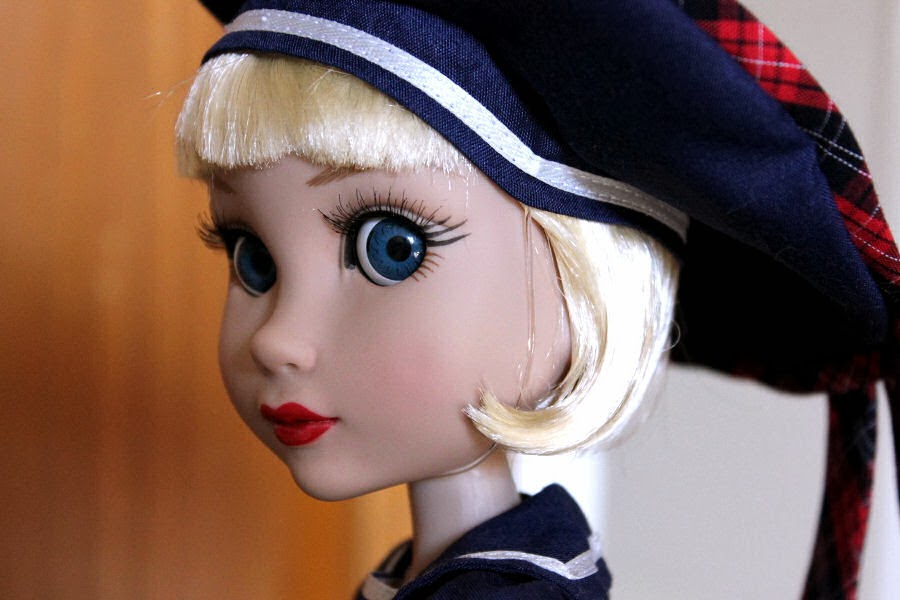 The blonde pics are Ahoy just out of her box.  The black hair is a size 8-9" wig I had lying around.  It's one of those annoying wigs where the hair is always hanging in the doll's face, thus the barrettes.  Might have to get another wig.

The striking feature about this doll is that her eyes are attached to the head via tiny hinges on the tops and bottoms.  You can alternate her eyes looking either right or left.  She doesn't look straight ahead all that well.  You CAN get her to look straight ahead, but she ends up with a bit of a surprised expression when you try it, for some reason.  (I'll include a pic later so you can see what I mean.) 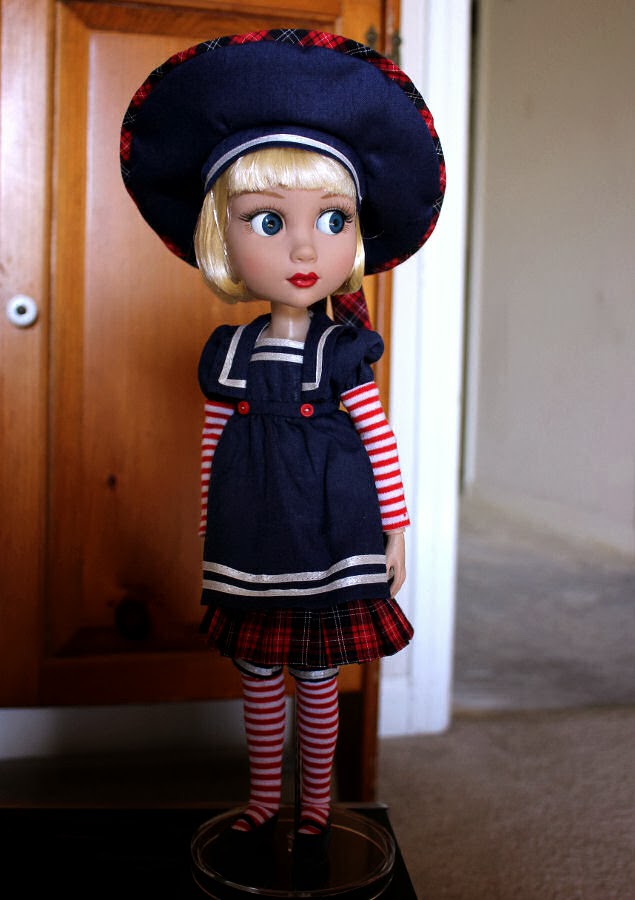 The eyes are completely unlike Pullips and Blythe dolls, which people like to compare with Patience.  I have a Pullip, and the eyes on Pullips move back and forth via a switch on the backs of their heads.  (Like a light switch on its side.)  Patience doesn't have a switch.  Her eyes move independently from one another, so she can appear cross-eyed as well as side-glancing, or her eyes can bug out in opposite directions if you want them to.   Her eyes move when she moves, but they like to settle naturally into the right-glancing or left-glancing positions.

The other thing I wanted to mention is that she can share clothes and shoes with Tonner's Marley Wentworth and his 12" Harry Potter dolls.  Yay!  Griffindor clothes for Patience!  I actually have a few Marley clothes in a drawer somewhere.  I'll have to get them out and play. 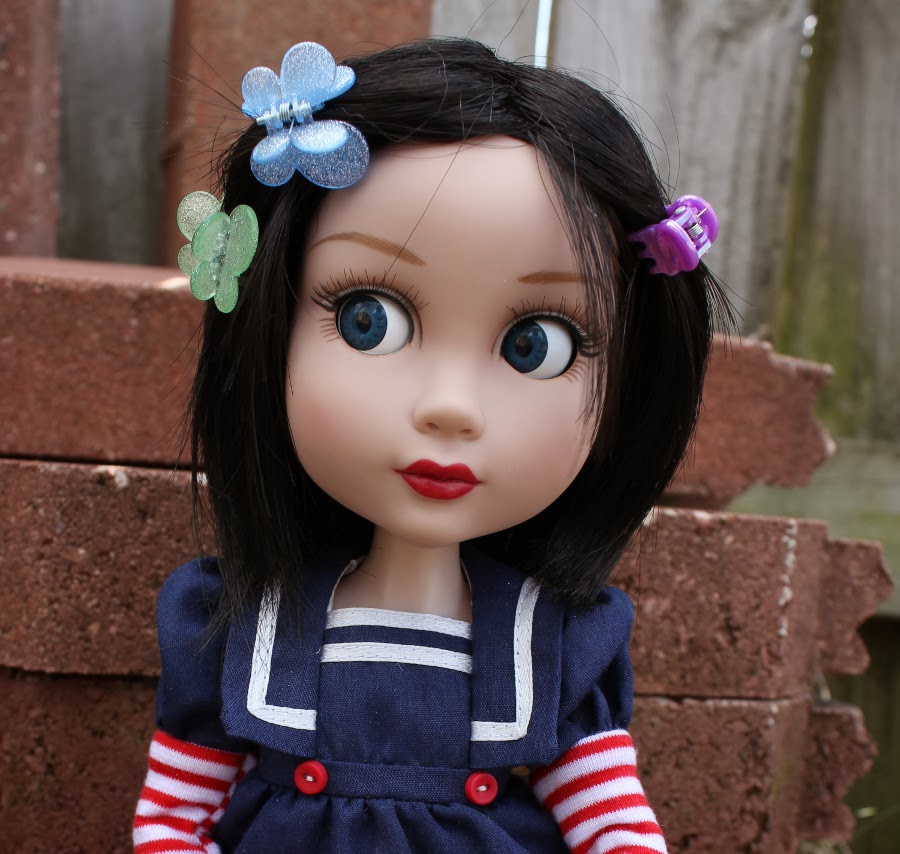 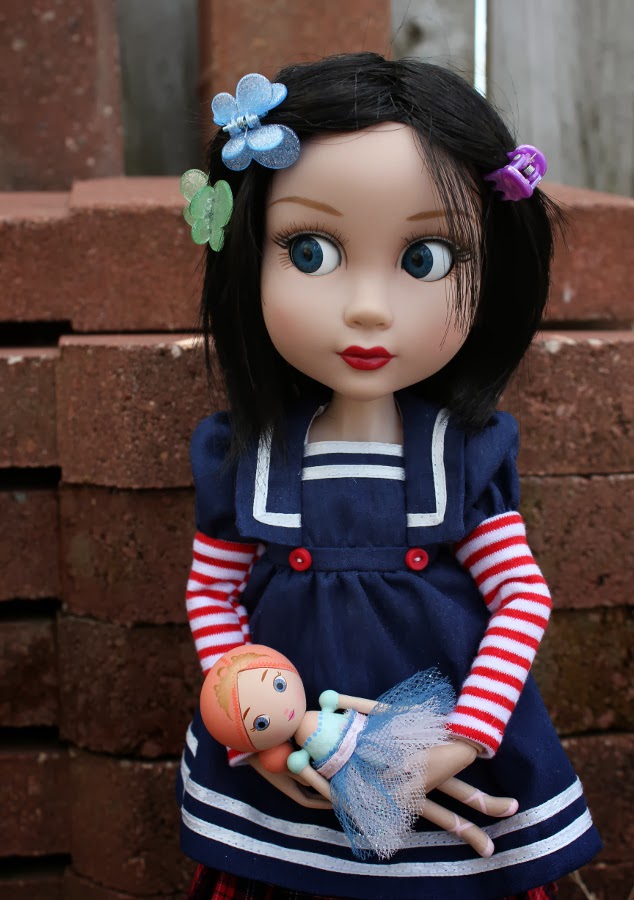 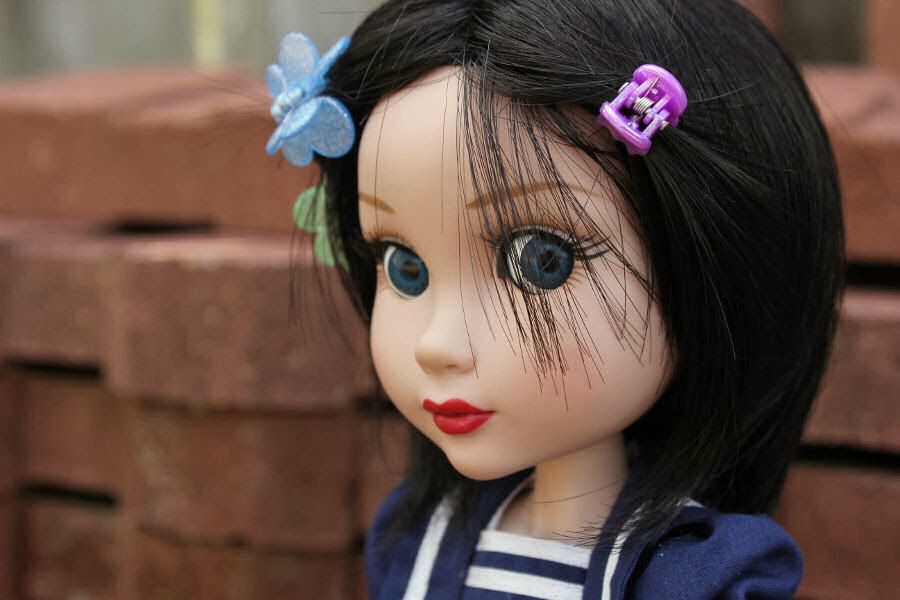 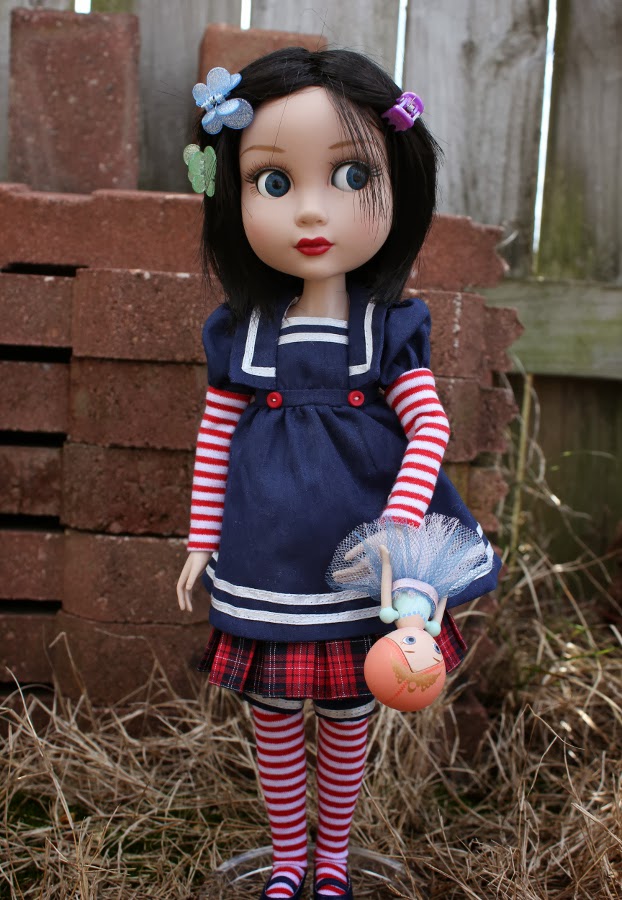 Email ThisBlogThis!Share to TwitterShare to FacebookShare to Pinterest
Labels: Patience by Wilde Imagination