I thought I'd revisit these dolls, since I just got "The Glad Game" (the blonde) in a trade.  I wanted to show her off, and also show my others redressed.  Integrity Toys will be releasing another collection of the 16" Poppys later this year.  I asked them in an e-mail, and they confirmed it.  I can't wait to see what the new collection looks like!

In fact, there has been an over-abundance of blue eyes in the collections from 2012 and 2013.  Of a total of nine, SIX of them have blue eyes (Magic Moment's eyes are half grey and half aqua blue, but overall look blue).  I think the Poppy Fashion Teens must all be Swedish or something.  LOL!  Blonde hair is also slightly over-represented, with four blondes out of the nine.  So listen up, Integrity!  We need more brown and grey eyes in the next collection, eh?  Oh, and more black hair.  Winter Wowzers is the only one with that fabulous raven-black hair.

Winter Wowzers, by the way, is definitely my favorite.  Her sassy, know-it-all expression is just priceless.  I now have one Poppy in each hair color!  Yay!

I washed out Wowzer's ponytail in the sink.  I didn't boil it or anything ... just washed it out with liquid dish detergent to get out the gunky hair gel.  It washed out beautifully!  I think the ponytail looks much better, now.  Isn't it gorgeous?  Click here to see what the ponytail looked like originally.  Now it's soft, and much more natural-looking.


Here's a rundown of all the 16" Poppy Parkers released so far.

So many blue eyes!  Maybe the 16" Poppys were descended from Vikings. 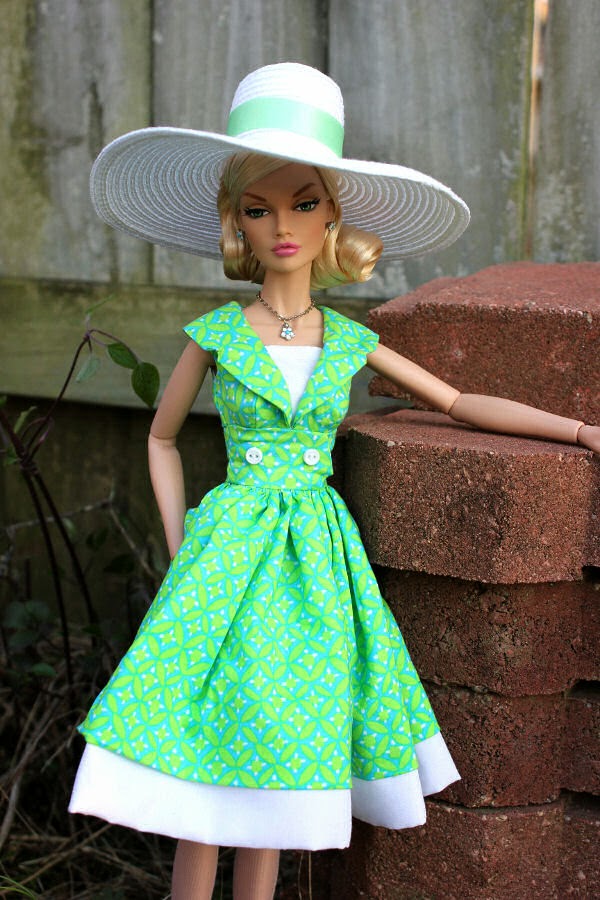 By the way, here are the fashion credits:

1. Winter Wowzers (black hair) is wearing the "Food For Thought" outfit, made by Tonner for the Cami and Jon dolls, and the earrings from "The Happening" Poppy Parker.
2. Magic Moment (red hair) is wearing a "Tyler" outfit and hat, also by Tonner, and her own earrings.
3. It's A Wrap (brown hair) is wearing a purple lace dress that I made, myself.  I made it for the Tonner "Antoinette" dolls, but it fits the 16" Poppy Fashion Teens perfectly.  She's wearing Fashion Royalty earrings.
4. The Glad Game is in her own original outfit.

Thanks for looking!  Click on the pictures to make them bigger.