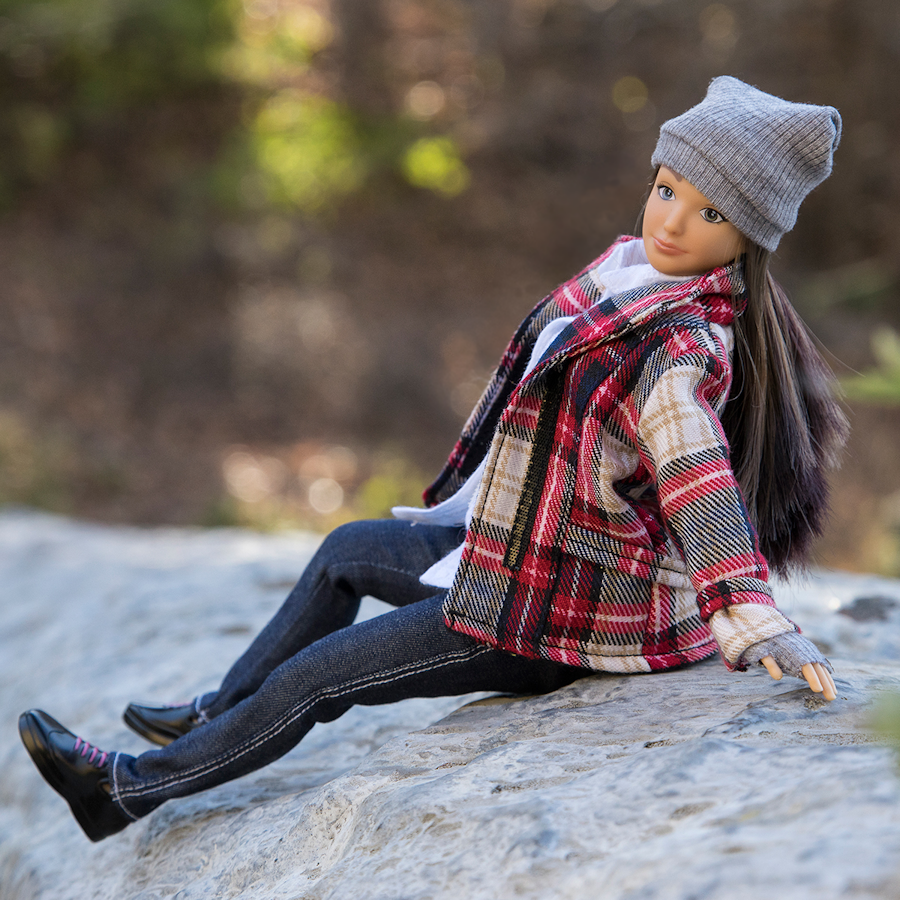 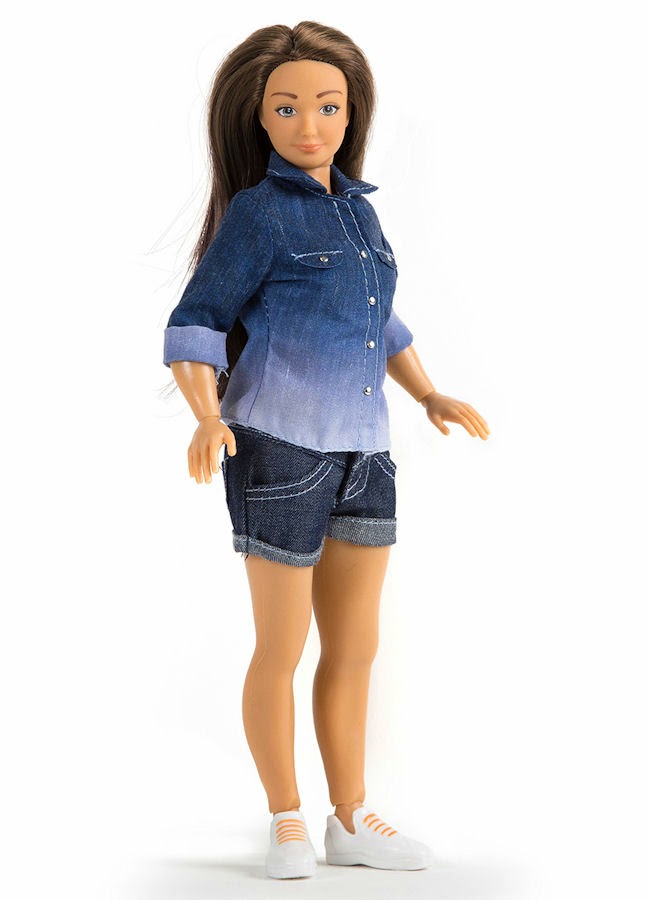 There are always room for more dolls in the world.  This is my motto, and I'll stick to it.

I like this doll.  Mostly.  I don't generally feature dolls on my blog that I DON'T like, so there you go.  I'm intrigued by her, at least, and wanted to devote a post to her.  I don't have this doll, but I'm seriously thinking of getting one.  She might be the only adult doll in creation who has short little legs like I do!  Also, she's nicely articulated (invisible joints in the elbows and knees, as well as joints in the wrists and ankles), and the $25 price is surprisingly low considering this is not a hugely mass-produced doll.

She's the Lammily doll, by artist Nickolay Lamm.  She first got attention as a crowd-funder project, and is now officially in production. The first dolls will begin shipping in a week!  (Nov. 28, 2014, according to the web site.) 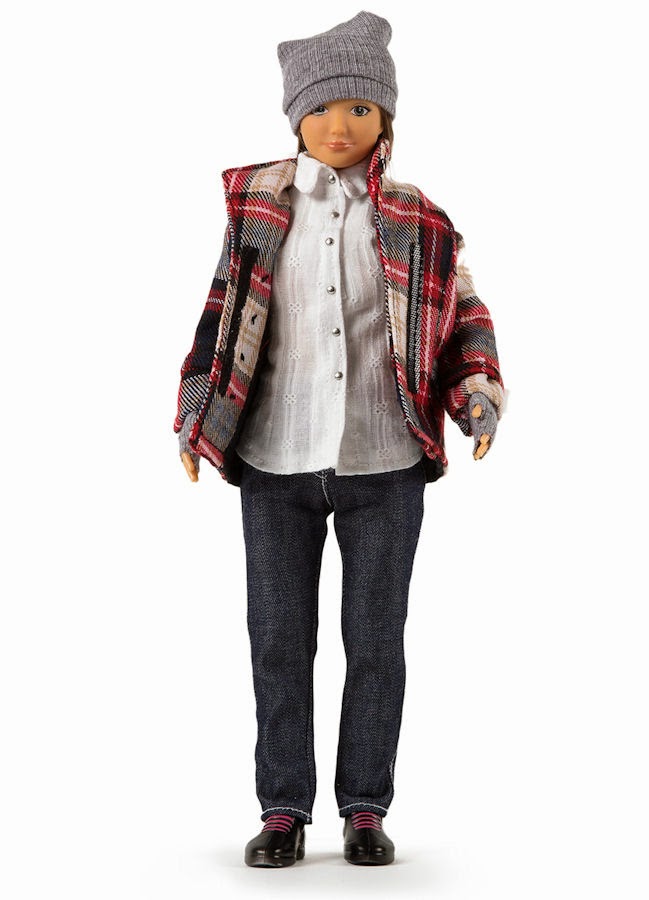 There are a couple of videos on Youtube about her.  I was scrolling through the comments on them, and was surprised at how mixed the reactions to the Lammily doll were.  Some people loved her.  Some people either didn't like her proportions, or else they seemed to be insulted that the creator was comparing his doll to Barbie.  Let's face it, Barbie has a lot of fans.  She's been the standard for a long time.  The way I feel about it is that this world has enough room for both Barbie AND Lammily dolls.  They aren't direct competitors:  Barbie is the reining queen of the toy aisles, while Lammily dolls fit neatly into a niche market for people who want something different and unexpected.  That's awesome.  I'd happily have both on my shelf. 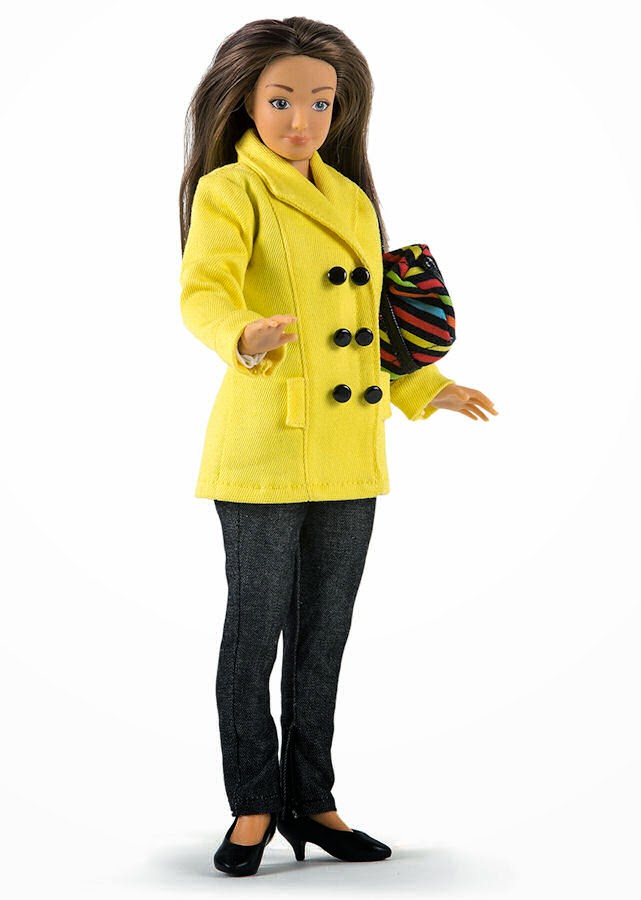 I think the debut doll has a great face: a pretty head sculpt, and nicely-done face paint.  I love that her legs aren't insanely long. (Looking at YOU, Fashion Royalty "tall" body!  LOL.)  I like her, overall.

At first, I had an issue with wishing her body was a teeny bit skinnier. I think it's because Lammily's biggest selling point is that she's supposed to be an "average"-sized 19-year-old.  But what is "average" for that age?  My body looks like this now at age 40-something, but when I was 19, I was skinnier than this girl.  Of course, there are plenty of 19-year-olds with bodies like this doll's, too, and I sure as heck don't represent everybody.  Never have, never will.

Perhaps it would have been better if Lamm hadn't assigned an age to her, since then she could be any age we wanted her to be in our imaginations. If I'd had to guess her age, I would have said "late 20s," not 19. 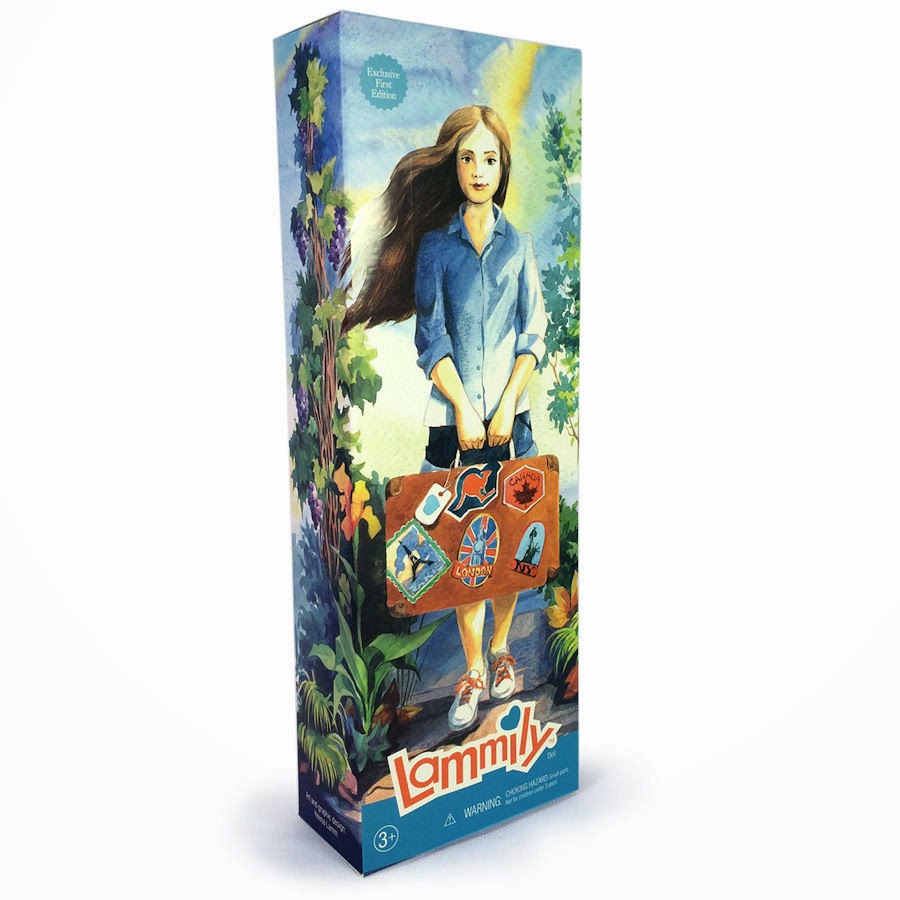 I think what intrigues me the most about this girl is that I've always wished for fashion dolls to be shorter-proportioned and have shorter legs, so in that sense, she's the doll I've always wanted.  I love pretty dolls, but I don't think every pretty doll has to have super-long limbs like the tallest runway models.  There's nothing wrong with that, but it's refreshing to see a change, as well.

Anyway, she's cute and personable, and looks like she'd be fun to play with, with her articulated elbows and knees.  The creator has even come out with separate fashions for her, which will be available in January.

The box art (left) is exquisite, by the way! 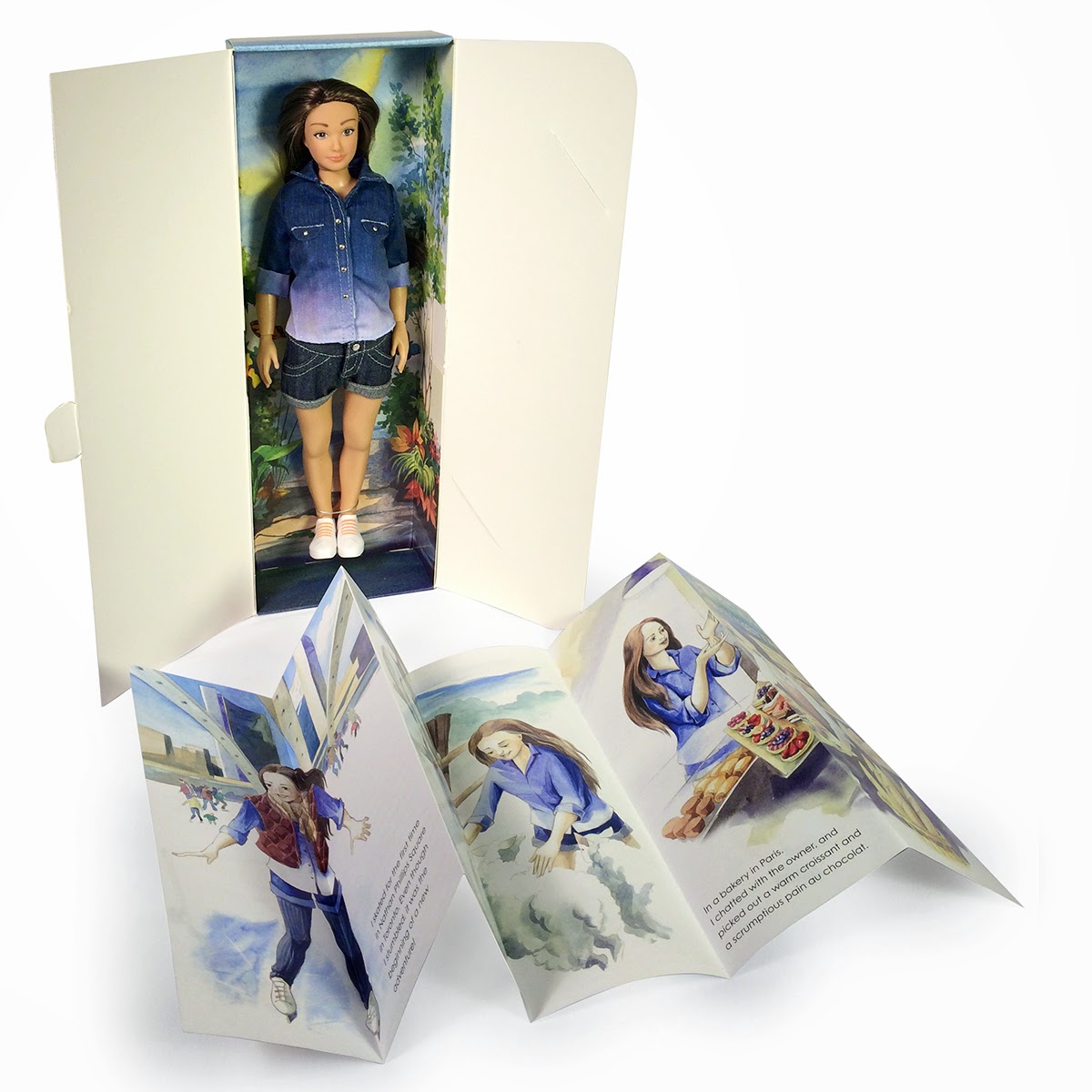 Her web site is here, if you're curious:  https://lammily.com/

*Photos are the property of the creator and are used with permission.
Posted by Me at 10:06 AM