More portraits of my re-rooted Cruz 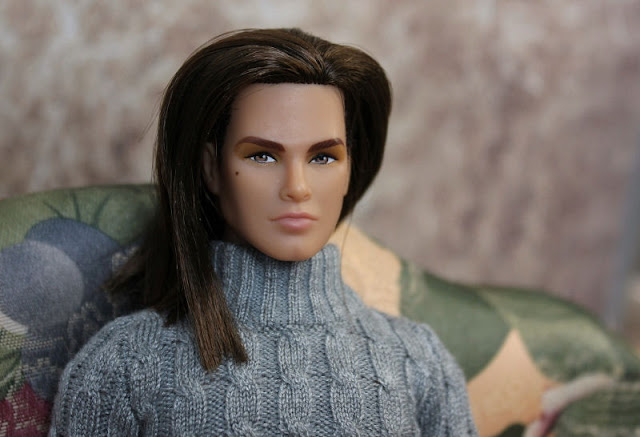 Well, I found a picture of "Hot Stuff" Cruz with his original hair (last pic, below).  It's the ONLY pic I ever took of him with his spikey, tall hair.  I took a few more pics of him with his new 'do.  He's very photogenic.  It's funny, but I like him in pictures more than I like him in person.  Some dolls are like that. 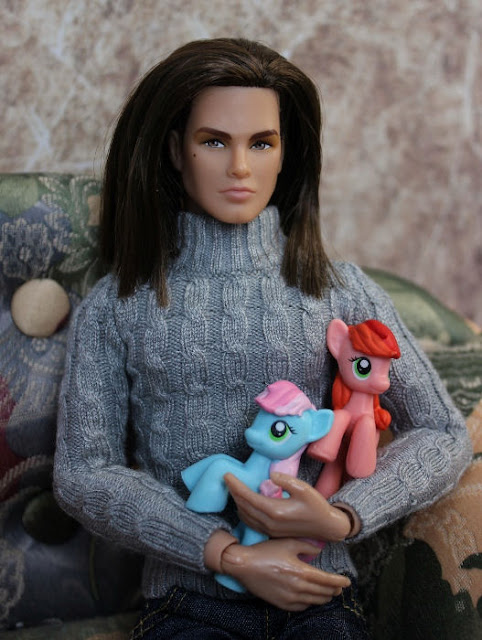 I took this photo because I recently learned about "bronies," who are adult male fans of the My Little Pony: Friendship is Magic cartoon.  LOL!  I thought that was hilarious.  Hey, I'm an adult who likes cartoons, too.  I adore the Toy Story and Shrek movies, for one, and have always been a big fan of Invader Zim.

After I learned what a "brony" was, I figured if there are adults who like that cartoon, then I'd probably like it, too, and I was right.  I found some videos of the show on YouTube and saw them, and I can say it really IS a pretty good show.  (If you can stomach the nauseatingly goofy title.)  Now I watch it with my 4-year-old.  (The pony toys are hers.)   She LOVES it.  So, now we have mommy-and-daughter time watching silly pony cartoons.  LOL!  Word of caution, though ... only the "Friendship is Magic" episodes are good.  Any My Little Pony cartoons previous to this series are drivel and only worth watching if you're four.

Anyway, I decided Cruz must be a brony.  Heh heh.  He collects ponies, now. 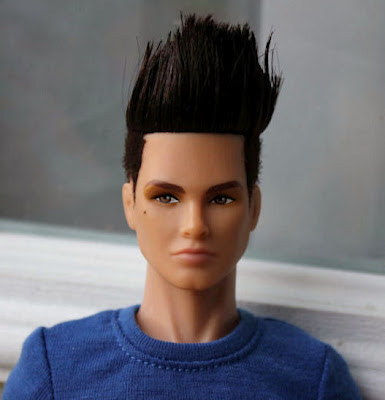 This is his original hair.  I just couldn't warm up to it.  I know some people like it, but the more I looked at it, the sillier it looked to me.  Well, he is a handsome guy anyway.  He just needed a little help getting over his obsession with hairspray.
Posted by Me at 4:35 PM