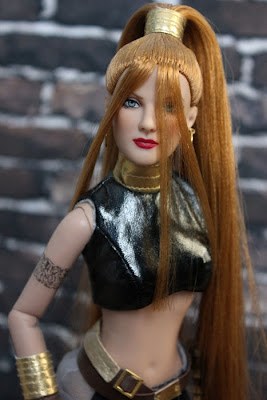 I realized I had these two lovelies displayed up on my desk gathering dust, so figured I should do a photo shoot.  These are the 13-inch tall Tonner Wonder Woman and Artemis dolls.  Artemis is another character in Wonder Woman's comic book universe.  She was a special edition done for Comic Con 2010.  Anyway, I thought she was cool.

I bought Wonder Woman because I was a big fan of the character as a child.  I guess I just loved the "girl power" aspect of watching a raven-haired beauty kick men's asses.  LOL!

When Tonner said he was debuting his DC Comics characters in the 13" size, I was excited about it.  At the time, I thought I might be collecting many of them.  Then he came out with a few others in the series (Catwoman, Black Canary) and gave them all the SAME face sculpt.  I stopped buying them, then.  That sucked, because I would have loved to buy a 13" Catwoman if she'd had a different face sculpt.  Sigh.  Tonner is coming out with two more face sculpts for the 13" body later this year, so I have high hopes that one day we'll see different faces for the 13" DC comics girlies. 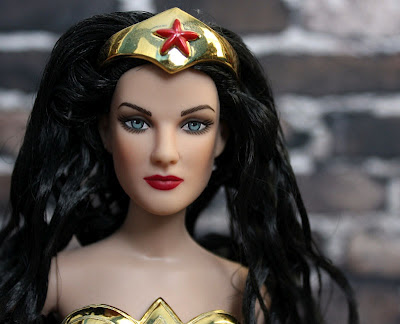 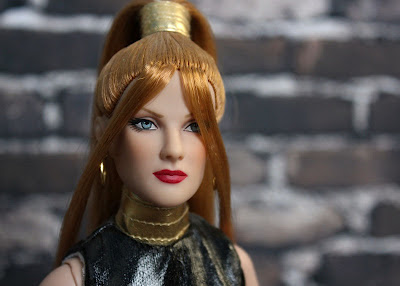 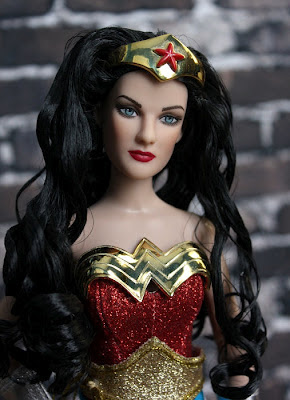