Some Easter finds at Target 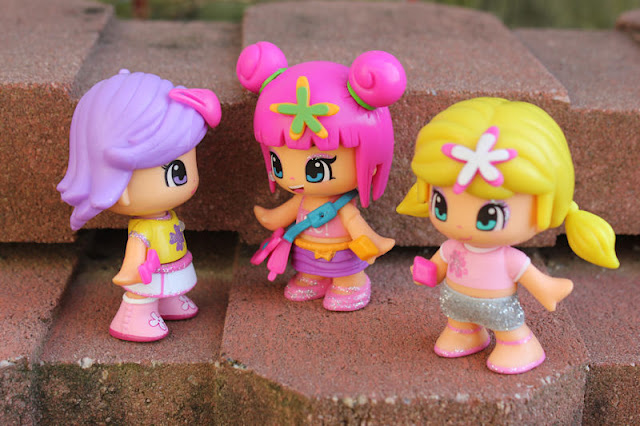 I love browsing the seasonal aisles at Target, particularly at Easter, Halloween and Christmas.  Right now their Easter merchandise is out.  I discovered these super-cheap Pinypon dolls in the Easter section. ... Not sure why they were there, since they have absolutely nothing to do with Easter!  LOL.  They're super charming, though, and have a bit of an Asian flavor even though they aren't Asian dolls.  They're only about 7cm/3" tall. 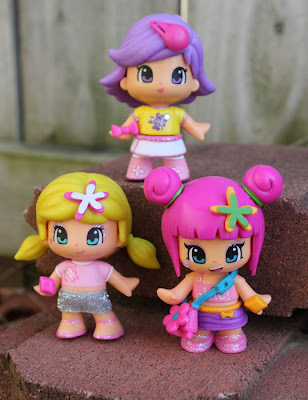 Since I'm a sucker for pink and purple hair, I got three.  I've discovered they have interchangeable parts like Pinky Street dolls, except sturdier.  You can change around their hair, lower bodies and upper bodies.  Fun and cute.  I'm resisting the urge to fill my house with more of these.  They're so cheap that it's tempting.  I only paid $3 each for them (U.S. dollars), and recently saw them on sale for $2.50.

They have some tiny parts that fall off, though, so I wouldn't buy them for toddlers who still put things in their mouths.   Toys R Us apparently carries Pinypons, too, according to the Pinypon web site. 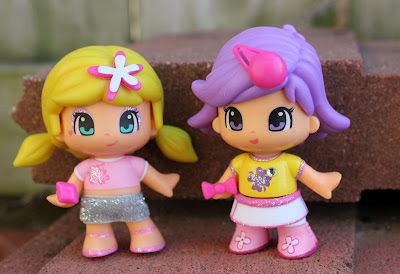 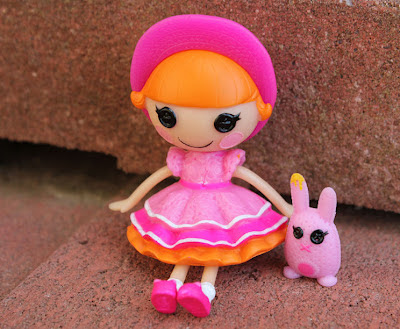 Also, I found the new, 2012 Lalaloopsy Easter mini.  Darlingness!  Like the other Lala minis, her clothing is not removeable, but she comes with a crazy-eyed pink bunny, a polka-dotted egg, and a pail of paint and a paintbrush. (I guess to paint the Easter eggs?)  I love that she looks like a plastic version of an old-fashioned rag doll.