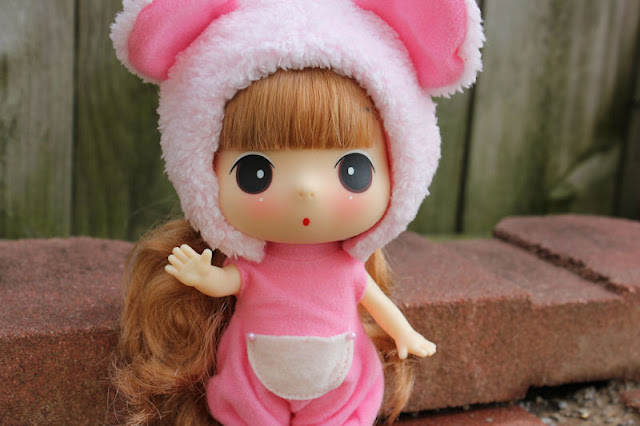 Two more Ddung dolls arrived in the mail today. I got them from an eBay seller in South Korea called Legendeux. ... They mailed them with signature delivery required, which sucked because I had no idea when they would be arriving, and if I hadn't been home at that exact moment they arrived, I would have had to pick them up at the post office with a lively 4-year-old in tow, in an ancient car that barely runs.  I just happened to be home when they got here, though.  Whew!  I'd still buy from that seller again, though.  They sent them SO FAST.  ... It only took two weeks to get to the southern USA all the way from South Korea. It takes the same amount of time to get something here from Canada, I swear.  Plus, I sure can't blame ANY seller for insisting on a signature delivery.  It's the safest way to go. 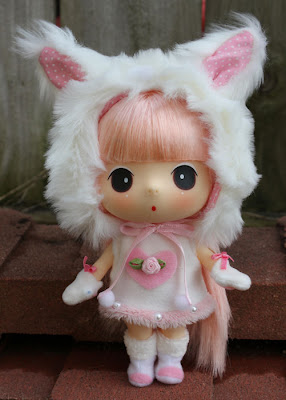 I got two of the 18cm Ddungs, "Sleeping Bear" and "White Rabbit."  Ooooohhh ... the cuteness!  Yes, "White Rabbit" has pink hair.  Who can resist that?!  She comes with panties underneath the dress.  "Sleeping Bear" comes with an extra shirt and a big stuffed, striped rabbit (at first I thought it was a puppy), and a small brown bear-thing tucked into her pajama pocket. It's like the designers try to figure out ways to get the maximum amount of cuteness in one package.

I have to admit, I have a thing for animal-ear hats.  If my favorite doll company, Integrity Toys, started producing their own brand of minions of cuteness wearing animal-ear hats, I would fall over from WANTS.

I'll be posting more pictures of these girlies on the Ddung forum in the next few weeks. 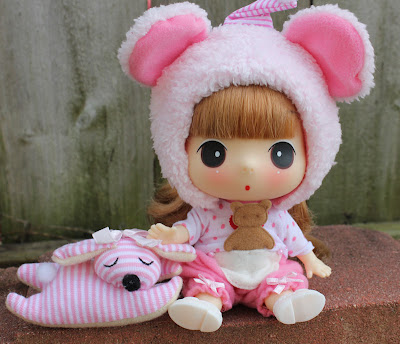 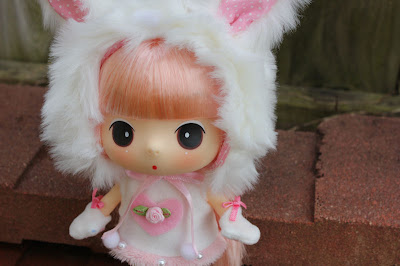