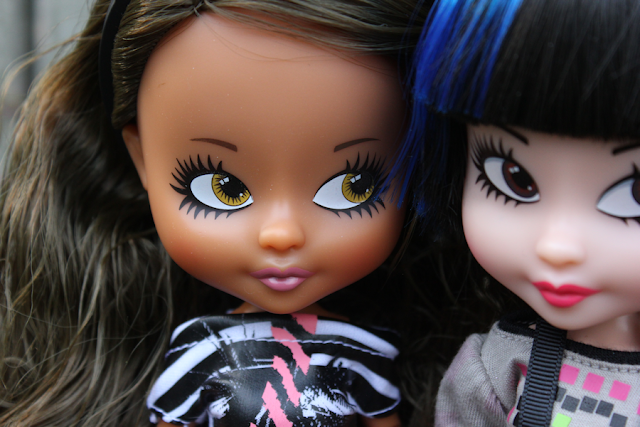 The Middle School Moguls are brand spankin' new for 2016. I first learned about these 11-inch dolls from their original Kickstarter, which raised just over $52,000 to get the line started. I liked the two original prototypes immediately. The tan-skinned, curly-haired Jada jumped into my online shopping cart. The blue-eyed blonde, McKenna, was adorable as well, but I figured I should hold off on ordering more than one. It was a new company, with a new line of toys, and I had no idea what to expect from the final production dolls.  (Sunny, the girl with the blue streaks in her hair, came later.) 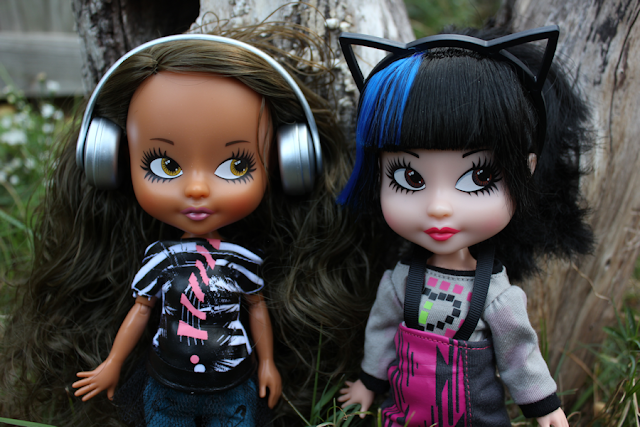 The line went through a few changes while in production. McKenna got renamed McKinley when the company's owners learned Mattel already had "McKenna" trademarked. The original name of the line, iBesties, was switched to Middle School Moguls. The character Izzy, shown originally with brown hair, now has purple thanks to feedback they got from interviewing school-age kids. (Hey, who DOESN'T like purple hair?!) Six originally-planned characters were reduced to five in production. 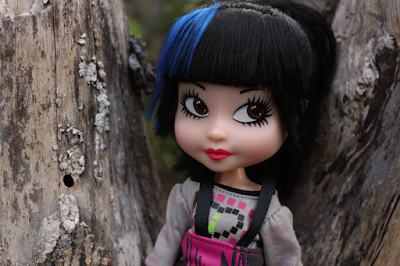 The dolls are meant to encourage girls to be tech-savvy business entrepreneurs, with a mind for the S.T.E.M. fields -- science, technology, engineering and math. I think it's a nice background for the dolls, and more substantive than simply making them characters obsessed with fashion, hair and makeup. Nice.
The Moguls just debuted in some Target superstores this October.
Anyway, I wanted to give you my impressions. 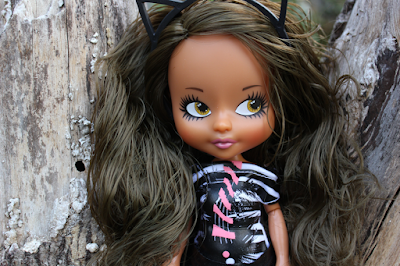 The ones I got were Jada and Sunny. They're cute and elfin, with a quirky body shape with big, round tummies and bums, and relatively short arms. 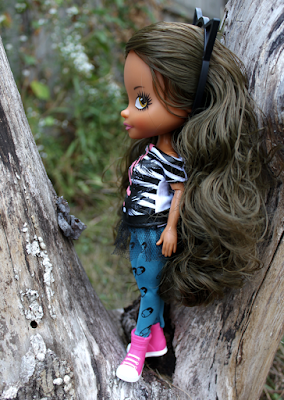 Their hair is really soft and nice.
The one issue I saw with the dolls at Target was that the positioning of the eyes is not quite uniform on every doll. Some dolls have eyes that are a tiny bit higher or lower, or closer together than others. The differences aren't extreme, but it's something I noticed. Since this is the dolls' very first run EVER from a brand new company, I expect it's a factory issue that would be fixed in later runs.
The elbows and knees bend, which is so nice! The elbows have a hinge joint that also rotates outward. They can wave hi. 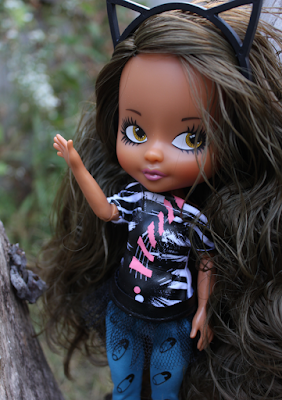 I had to strip Sunny so I could show you their body sculpt and legs better. They don't come with underwear; I just gave Sunny some yellow undies for modesty. The articulation is OK, but has a few limitations. The biggest issue with the articulation is that although they can sit with knees bent, they're top-heavy because of the large heads. You have to lean them against something when you sit them down, otherwise they'll topple over. So long as they're leaning against something, they can sit nicely with thighs together and look adorable, and can even cross their legs. They'd be able to sit in a doll chair, but only if the chair has a back to it for support. 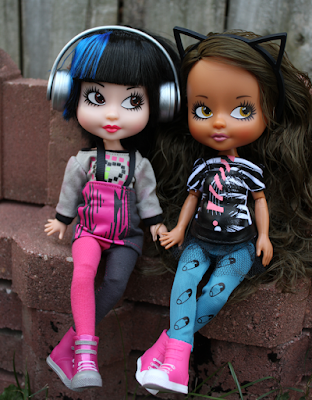 The legs are pretty nicely-formed and look good. The legs have ball joints at the hips, which gives them quite a nice range of motion. The knees are on hinge joints, but also swivel like the elbows. They can actually do splits. 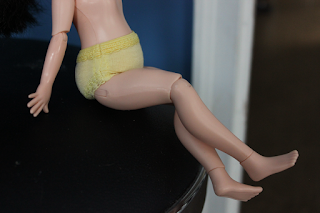 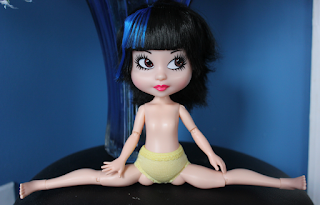 The heads are not on ball joints, and simply move from side-to-side.
The clothes are pretty typical play doll quality, with velcro in the back and unfinished seams, but the fabrics are decent. I'd love to redress these two, but I have no idea what clothes they'd fit into, because anything that fit them in the chest would be too small for their large rear ends. They *possibly* could fit into Barbie shirts if the shirts were stretchy, but it'd be a comical waste of effort to try to squeeze them into Barbie pants.
Each doll is packaged with a different book. I actually wasn't planning on saying much about the books, except I've discovered they have a very unique feature: each is a bit of a "choose your own adventure"-type of story, with four different possible endings per book. That was unexpected and cool. The books are paperback and around 48-to-50 pages, with each having a few full-page color illustrations. 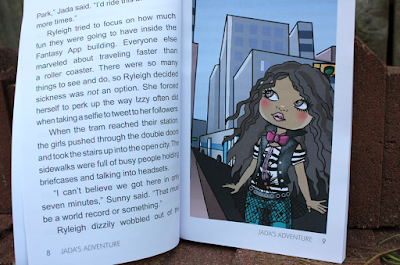 Anyway, I'll be really interested to see where this line goes.  As of writing this, there are four characters available at Target right now, with a fifth (a redhead) currently in production.  Not all Targets have them, though, so you'll have to check their web site to see which ones do. 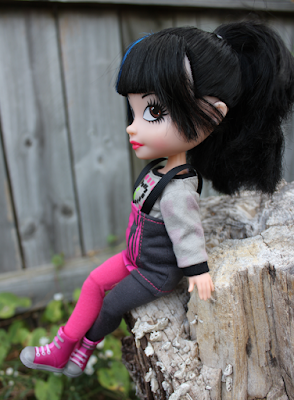