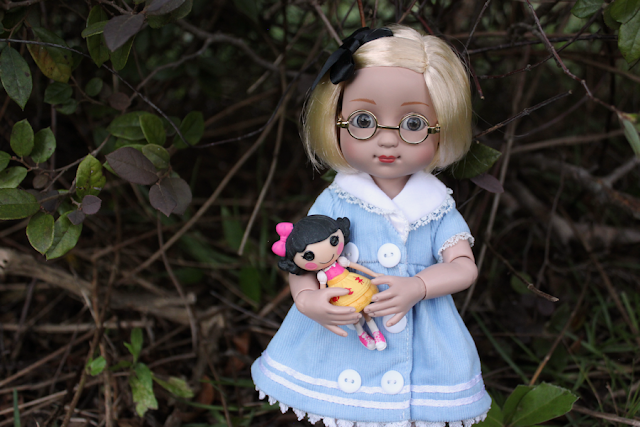 I was trying "A Bit Younger" Ann Estelle in some Patsy outfits, since she shares the same body as the 10" Tonner Patsy dolls. I got Cuteness Overload from all this stuff! So, welcome to the fashion show.  I'll keep the pictures small so they'll load easily, but you can click on them to see them larger.
First up, the picture above shows Ann in the outfit from "Easy Breezy" Patsy from 2014. I have a soft spot in my heart for little girl's sailor dresses, since my dad was a lieutenant in the U.S. Navy, so literally a sailor. <3 Her doll is a mini Lalaloopsy. 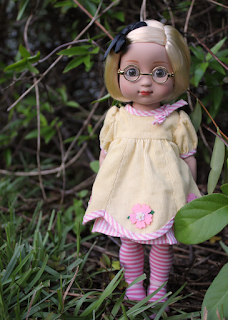 This is the outfit from "Pink Peppermint" Patsy, also from 2014. I always thought that with those pastel colors and the flowers, it would be perfect for Easter. It doesn't quite go with the black hair bow, though. 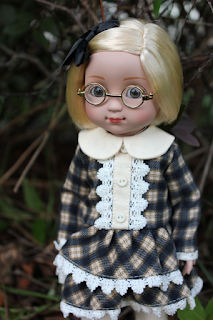 The plaid schoolgirl dress is from 2013's "Smart As A Whip" Patsy. This was a dressed doll, but I was able to get the outfit separately from eBay. Yay eBay! I've always loved this type of old-fashioned dress style. 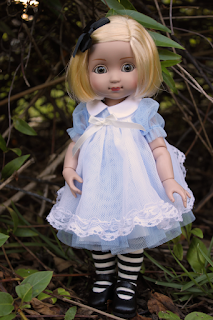 Ann is modeling the Alice dress from an event doll called "Patsy In Wonderland," from the 2014 Tonner Convention. The doll was a limited edition of 150. Ann is SO CUTE in this! I think this was the point where I passed out from Cuteness Overload and had to be revived. 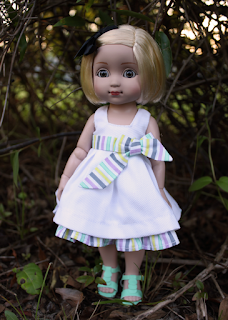 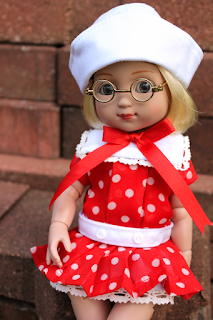 This red set was also an outfit only, called "Dots My Dress." I'm not sure the hat suits Ann Estelle all that much. The set came with white socks and red shoes. The outfit is from 2013. 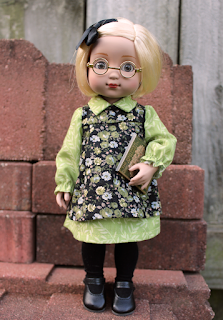 Here is the "Patsy Loves To Read" outfit from 2015. This was also a separate fashion. When the Tonner Doll Company put this outfit on sale, I snatched it up so fast! The floral pinafore is a separate piece and can be removed. It came with the (unopenable) book "The Pied Piper of Hamelin." I love this set. 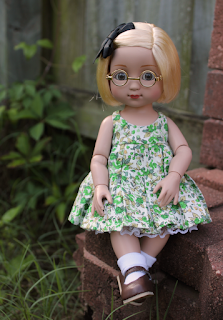 And the last outfit is from a Tonner Half Pint doll. I was never crazy about the faces of the Half Pints, but they used the same body as the Patsy dolls, and some had cute outfits. This is from a 2014 dressed doll called "Grins & Giggles." It came with a green jacket and brown shoes.