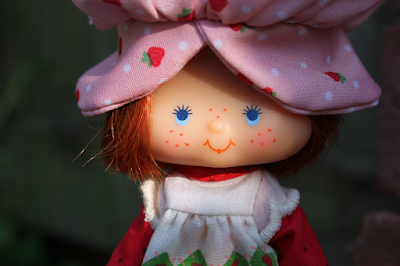 First off, let me show you something I discovered in the toy aisle at Target yesterday.  A retro Strawberry Shortcake!  My eyes bugged out of my head when I saw it, and I couldn't leave the store without.  The Bridge Direct has produced a completely accurate retro version of the original 1980 doll. 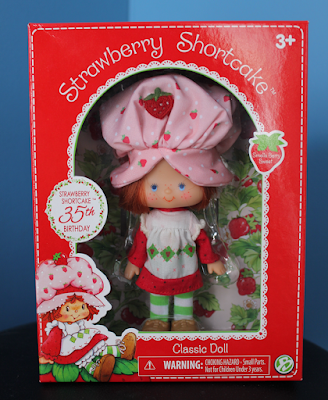 There's no indication on the box that they'll be making the other characters, though.  I'm guessing either they won't make them at all, or else they're seeing how well this one sells before making the decision.  Anyway, I was stoked.  She's perfect in every way except she doesn't smell like Dad's cigarette smoke.  (LOL.)  Her tights are fabric, not painted-on, and the whole doll is a nice quality.  She has a really wonderful strawberry scent.

I saw that Bridge Direct has also done a retro Raggedy Ann and Andy.  Meh.  I didn't even like those two when I was a little kid. 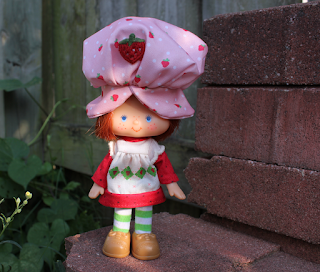 Of course, I had to debox mine.

The first series of Harry Potter Funko Pop Figures has just been released.  Guess which one I got first?  He's so wonderful, I'm not sure I even want to debox.  I got him at Books-a-Million.  My entire Funko Pop collection consists of three figures now:  Glenn from "The Walking Dead" (a Christmas present from my husband), Stitch from that Lilo movie (for my daughter, but he now lives with Glenn), and now Harry Potter.  A bit of a motley assortment, there. 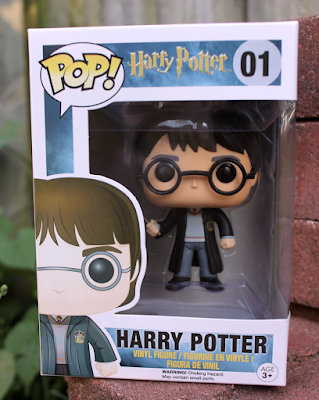 Maybe one day I'll debox Harry, but for right now, I'm enjoying looking at him in his packaging.

I was really enchanted by these 11" dolls from the first time I saw them, particularly the freckled girl in the hat, McKeyla.  I love the eyes!  These are by MGA Entertainment.  There are two sets of these dolls.  The more expensive have bending elbows, wrists and knees and come with science-y type projects; and the cheaper are simply basic dolls with no articulation except at the typical shoulders, hips and neck.  These dolls are science and technology-themed, and emphasize learning and using your brain.  I can totally get behind a theme like that!  My metallurgical engineer grandmother would have loved these. 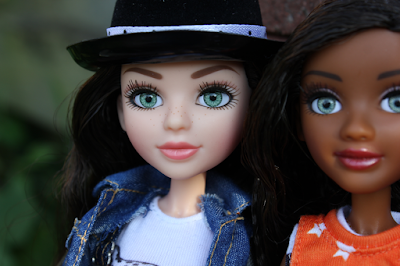 But I seldom buy a doll based on the theme or back-story.  I mainly care about how they look, and whether they'd be fun to play with (or display).  I think these fit the bill.

The Toy Box Philosopher just posted a detailed review of them, here, so you may want to head over there to see what The Philosopher has to say.  I really like them, personally.  As you can see, I bought two.  My 7-year-old is now playing with them. 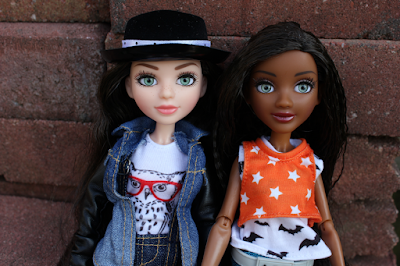 You can see the rest of the line here.


And now for some brief negativity.  I just saw the new 2015 Bratz on store shelves, and didn't like them enough to buy.  I still like their faces (particularly their eye screenings), but the bodies are oddly-proportioned, to say the least.  They have unnaturally short and small torsos, with insanely long, skinny legs.  I know this was always their aesthetic, but it seems like these proportions are now even MORE exaggerated than they were in previous years (unless it's just my imagination), which is not the direction they needed to go in.  Bleah.  I think I'll be missing these this year.  It's just my personal opinion, though.  Maybe other people will like them.