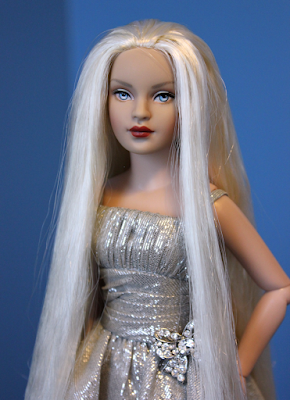 I wanted to show you a Tiny Kitty reroot I did.  It took me an entire year to complete it.  LOL.

Well, I started rerooting this Tiny Kitty roughly a year ago, and then when it was half-finished, she ended up being put away and forgotten.  I just discovered that the Tonner Doll Company currently has many of their Tiny Kittys on sale (except for the 2015 girl), and it made me think of this uncompleted reroot project.  So I dug out the box with my rerooting stuff in it and the poor, half-bald Tiny Kitty head, and finished the hair in two days. 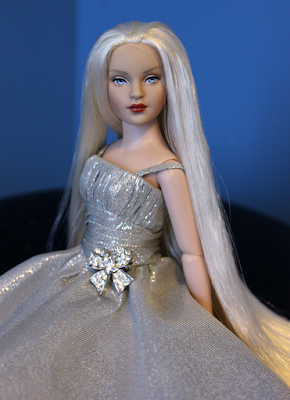 The color I used is actually a blend of two colors of saran.  It's a blend of "platinum blonde" and "snow white" (as the colors are called on dollyhair.com).  I wanted a super-pale Snow Queen blonde; something different from the usual shade of golden-yellow you generally see on Tiny Kitty dolls.  I'm kind of loving the insanely-long hair.  It's Rapunzel meets Elsa from "Frozen."  I'm not sure I want to cut it. 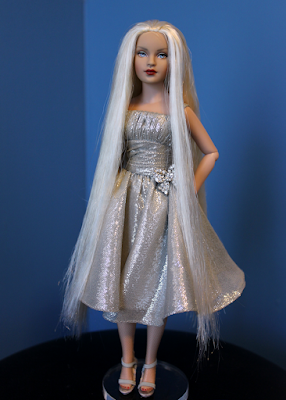 She's one of the older basic Tiny Kittys from 2004, but I put her on the newer-style body with the articulated arms, stolen from 2013's "Dinner Dance."  The newer bodies DO match the skin color of the older dolls, so you can upgrade the bodies of your older dolls with the new ones.  You'd of course heat the vinyl up first by wrapping the doll in a heating pad on "high" in order to get the vinyl soft.  This is so you can switch heads easily. ... If you just use brute force to take the heads off and put them on, you can break off the neck knob or crack the neck. 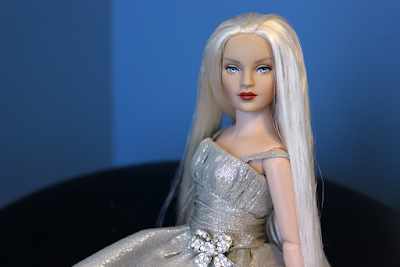 She's wearing the dress from "Dinner Dance" Tiny Kitty.  The rhinestone brooch in the pictures (at her waist) came with the outfit, and it's a separate piece.  The brooch is meant to go with the matching coat, but I thought it was cute as an accent at her waist.  It's an unbelievably-detailed, high-quality piece of jewelry for a doll!  It was worth getting Dinner Dance just for the dress and brooch. 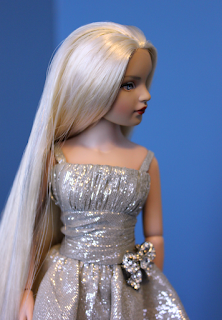 This last pic is one I took last year when I first started the reroot.  It's such a relief to finally see her finished! 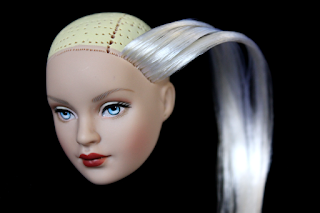