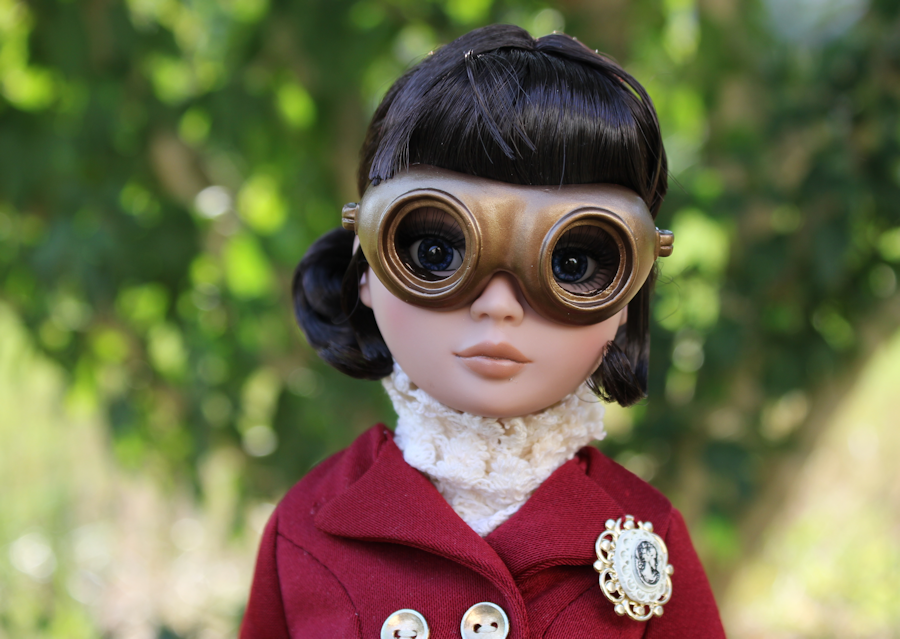 I took these pictures a while ago and then never got around to posting them!  This is "Just In Time" Ellowyne by Wilde Imagination.  Her outfit is so fun and steampunk-y.  She comes with the goggles and the hat.  The goggles are on an elastic band, and can be worn by the doll, or draped over the hat as decoration.  She looks so funny with the goggles on, so I had to show you a picture.  (They don't really have lenses, though.)  The hat also has an elastic band you can loop under her chin, so it stays on her head quite nicely. 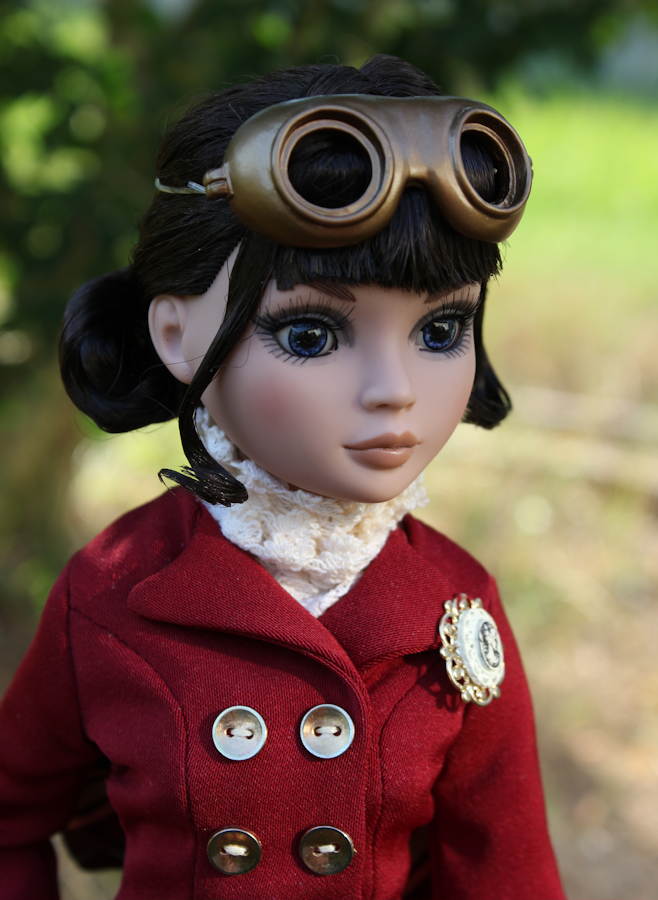 I haven't undressed her yet, but I can see she has a cream-colored blouse on underneath the jacket.  The jacket fastens in front with snaps.

The original promo pics of this doll showed her with green eyes, so that's what I was expecting, but mine came with blue eyes!  I was astounded to see the surprise eye color, but she was so pretty that I didn't make an issue of it to the company.  Since I bought her, Wilde Imagination has since changed the listing to say "blue eyes" instead of green, and photoshopped one of the promo pics to change her eye color.  LOL! 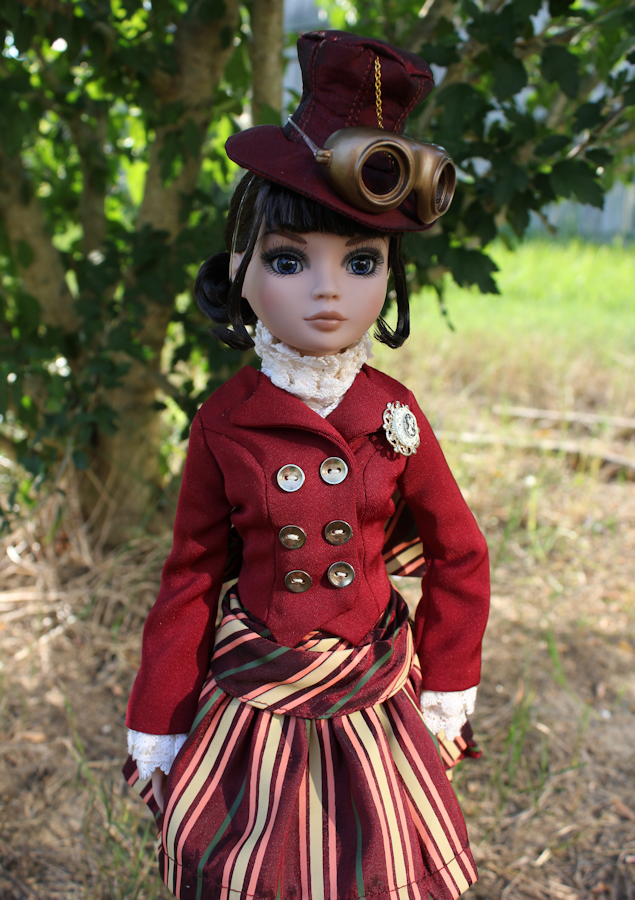 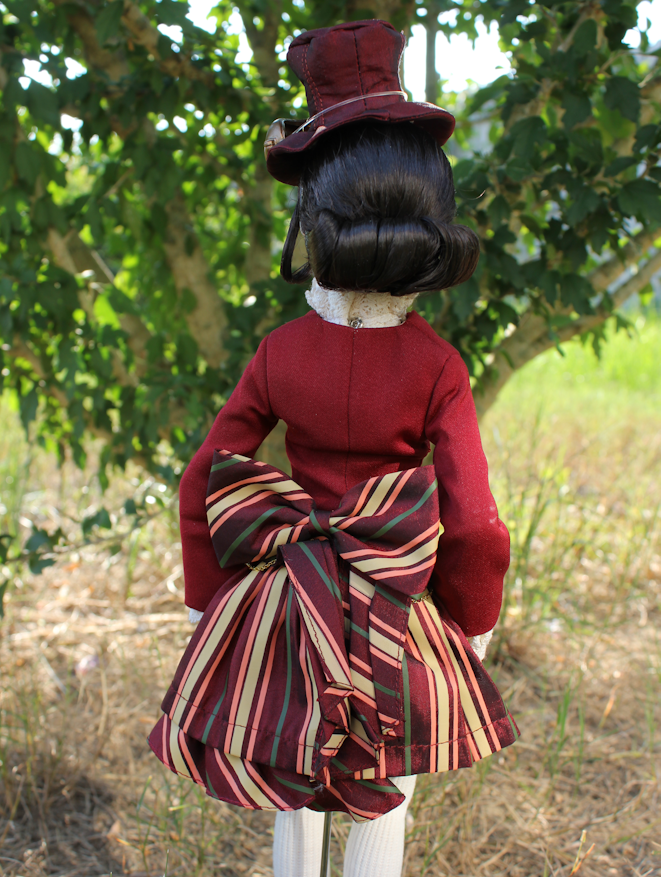 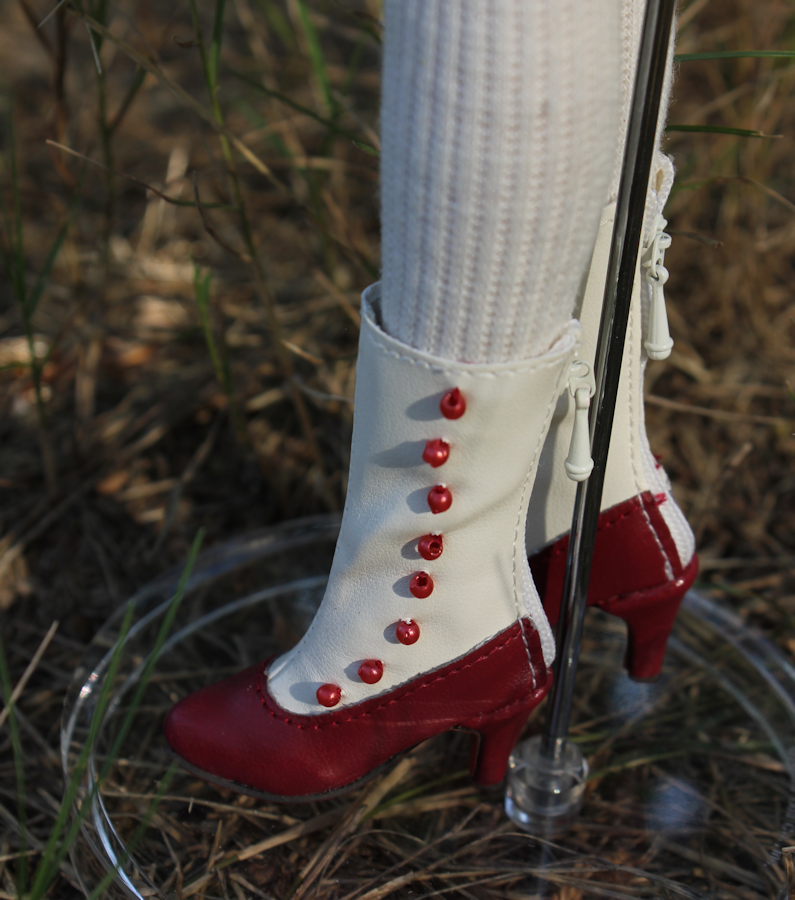 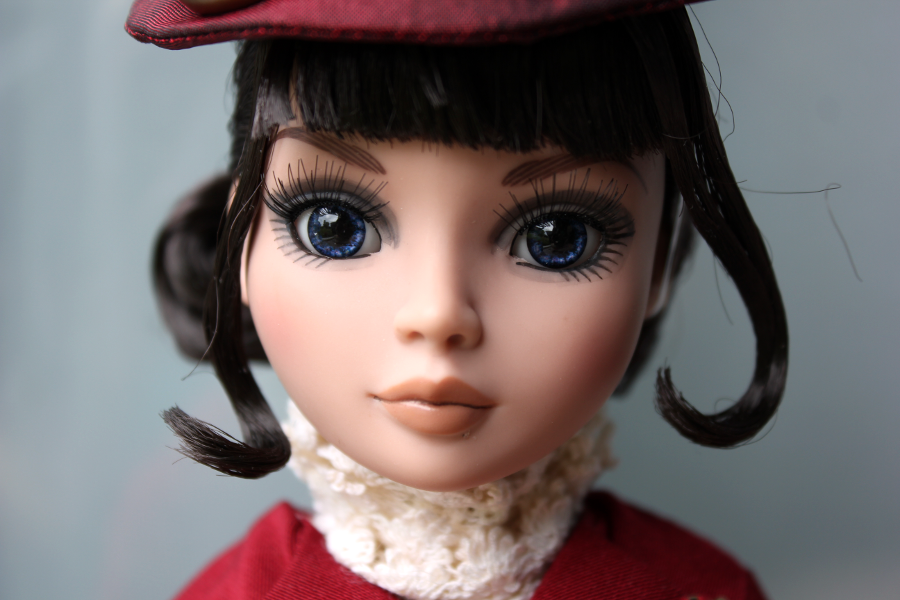 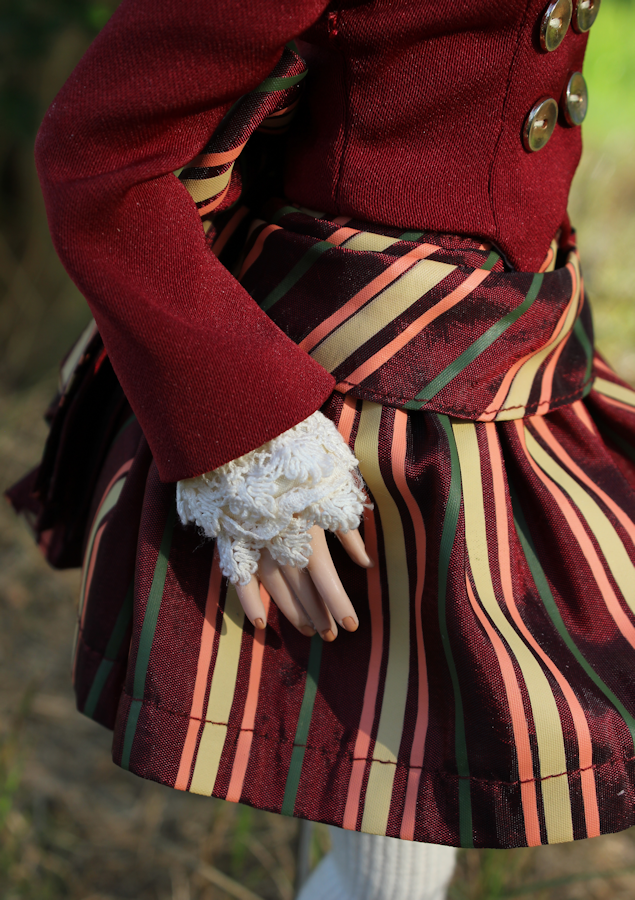 Please click on the pictures to make them bigger.  :)
Posted by Me at 1:40 PM