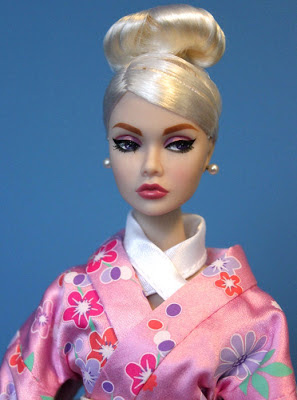 Ironically called "Joyful in Japan" Poppy Parker, because she seems to be the most sullen of the bunch.  LOL.  She's definitely not happy about something.

Since you'd expect a doll representing Japan to look Japanese, I think of this one as being a model on a catwalk.  She's modeling a kimono for a big-time Japanese designer, obviously. Poppy Parker is a model, after all.

The kimono is very nice.  The fabric is soft (as always for this company's dolls).  I'm not sure I understand the white strappy thingie at her neckline. Apparently it's there just as a fashion statement.

Her face is colorful, which suits the outfit beautifully.  The pink eyeshadow might limit her redressing a little bit, but not by that much. 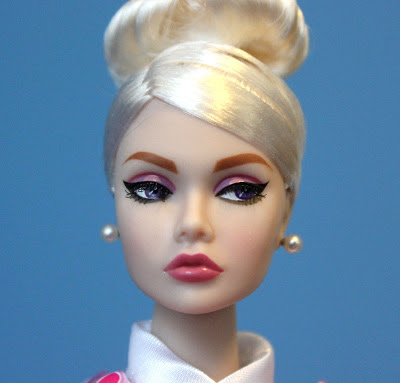 I'm not totally crazy about the half-moons of lighter pink on the eyelids, on top of the darker pink.  It may be model-y, but no one wears eyeshadow like that in real life!  Her eyes are purple, which is pretty lovely combined with the platinum hair. 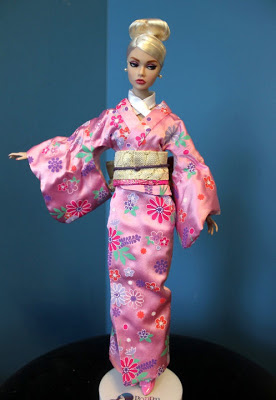 She comes with white tights underneath the kimono, instead of pantyhose.

Her shoes are worth mentioning because they have redressing possibilities.  Since they aren't the traditional sandals you'd expect to see with a kimono, you can use them with another outfit.  Nice. 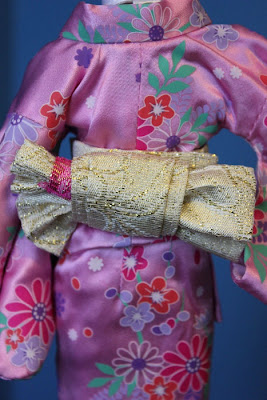 Overall, Japan isn't my favorite of the International Fair Poppys, but I quite like her.  I think my favorite may be a tie among India, Switzerland and Polynesia. 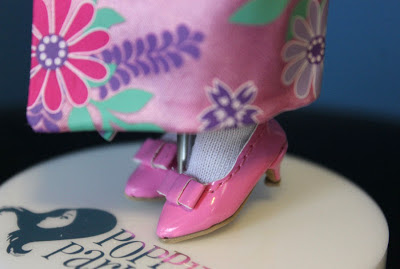