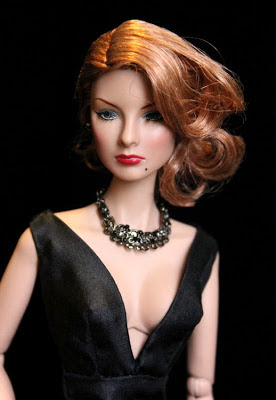 I saw this girl being sold as just the head on The DollPage Show & Sell and had to snap her up.  She is the Sunset Boulevard "Norma Desmond" doll by Integrity Toys.  She uses the Fashion Royalty Giselle sculpt.  I think she's wonderful.  I LOVE the mole!  I already had a Fashion Royalty body here that had been sitting in my drawer for the past two years unused, so it was nice to put it to use.

I was looking at old black-and-white stills from the movie, and it looks like Gloria Swanson's hair was shorter and curlier than the doll's.  The doll isn't an exact likeness, but has basically the same face shape and a passing resemblance if you squint.  LOL! She's more of a fashionable, glamorous interpretation of the character rather than a Gloria Swanson clone.

She's wearing the gown from the new "And Another Thing" Kyori gift set ... a dramatic, vampy creation.  The necklace is from the Rock Wedding collection Erin released early this year. 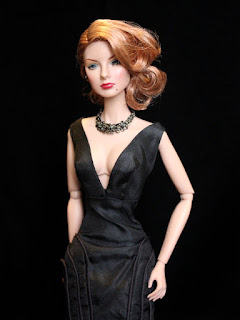 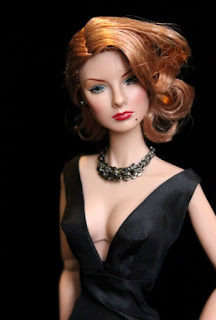 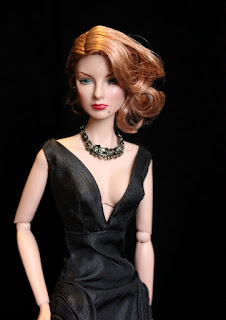