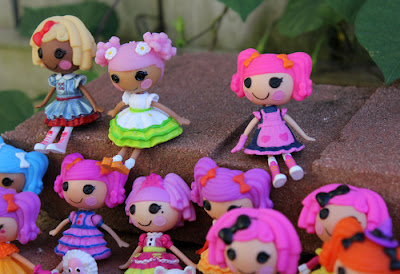 Yes, I've gotten addicted to these cute, cheap little things.  Most of the dolls in the photos belong to my daughter, but some of them are mine, too.  They are just so dang CUTE.  Some of them don't sit very well, and the original Mini Pillow Featherbed (yes, this is the name of one of the characters) had a problem with her legs falling off.  LOL.  But, by and large, Mini Lalaloopsies are a charming little bunch. 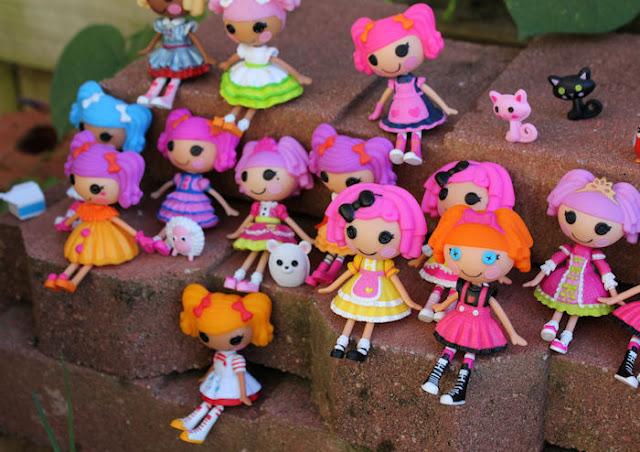 My daughter -- who is not quite 4 -- was the one who set up all these Loopsies neatly for the photos.  Didn't she do a good job?   I think so.

Beginning this year in 2011, MGA Entertainment has begun putting out "season exclusives."  The pic with the bunny and the witch are the first two, which debuted for Easter and Halloween, obviously.  Squeee!  The little witch came with a black cat, and the bunny came with a yellow chick.  Right now the exclusives are only being sold at Target stores, but I suspect this will change with time.

I'm betting they'll do a Christmas one as well.  (What about Hanukkah?  Don't know.  Doubt it. For that matter, I wonder if they'll do Thanksgiving or New Year's Loopsies?)

That black-haired, odd-eyed one is a custom I did a while ago.  She was originally a Mini Bea.  Now she's apparently one of those button-eyed people from "Coraline."  LOL. 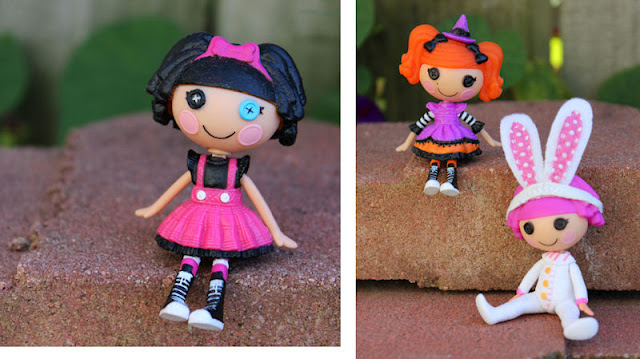 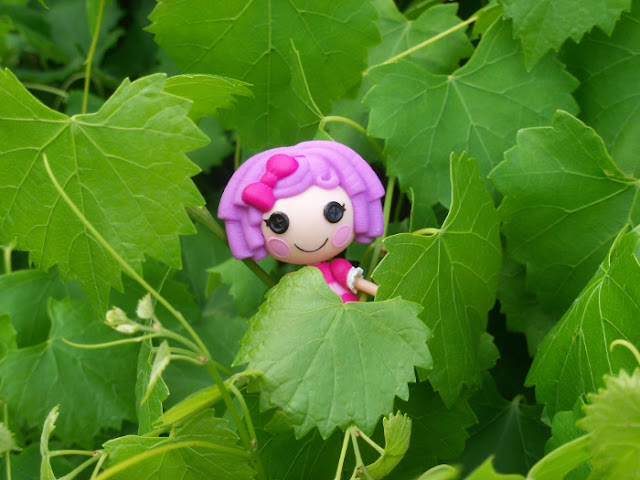