Update on the Ikuzi Dolls 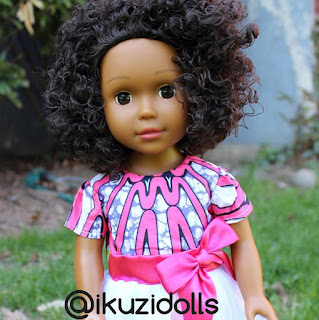 Back in September I told you about the Ikuzi Dolls, a new line that was being debuted as a Kickstarter campaign.  Well, I happened to be doing a search for "doll" on Etsy and accidentally found a listing for them.  I just wanted to update you, because the last time I'd written about these dolls, they weren't for sale yet.  Originally there were three dolls in three different skin colors.  One of the skin colors is sold out, but the other two are available.

Here's the Etsy listing
And here's the official web site

Photograph is the property of Ikuzi Dolls.
Posted by Me at 7:41 AM