Collectors have already heard about the Dec. 3 merger between Tonner Doll Company and One World Doll Project, who do the 12-inch Prettie Girl and the 16-inch Prettie Girl Tween Scene dolls. The merged company, Tonner One World, plans to continue their high-end collector's doll lines, but in addition, they'll also be doing play doll lines that will be sold in retail stores. The Tween Scenes are currently in Walmart and H.E.B. stores, but will also be in Toys R Us and Target beginning in 2016, so it looks like this line will be expanded.

I'm sure people remember the Lammily doll, that made waves last year as the love-her-or-hate-her doll with more realistic proportions than most other fashion dolls. Well, the company has introduced its second character in the series. This time she's an African-American photographer. 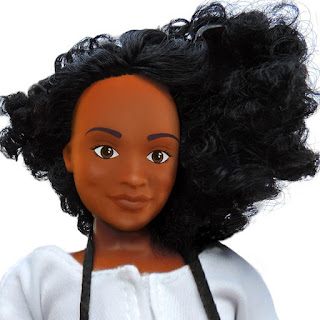 I think her face looks quite nice, and the clothes are so pretty! Her hair in the picture is a bit ... interesting. With some restyling, she'd look great, though, I think. She's not out yet, but available for pre-order. 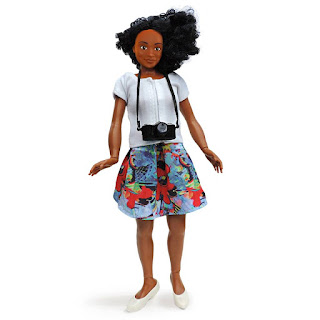 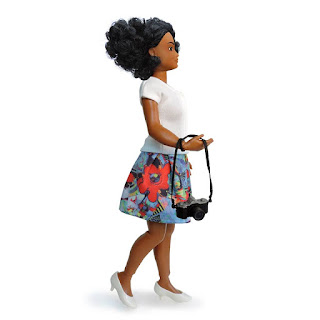 That's all for now. Love ya!