OK, last post on these, before I go back to talking about fashion dolls.  (I think.)  I had to show you the Toys R Us exclusive Strawberry Shortcake 5-doll set, deboxed.  This set was called the "Berry Best Adventure Collection," and runs about $39.  I showed you a picture of the unboxed set in my last post, here.  The clothing seems to be exclusive to this set (at the moment), so it might be worth getting for the clothing if you or your kids like these dolls.  Unlike the Berry Best Friends dolls I mentioned in a previous post, the clothing on these have separate tops and bottoms, so you could mix-and-match the clothes.  The shoes are cute, too.  I love the little sneakers!  They're the best. 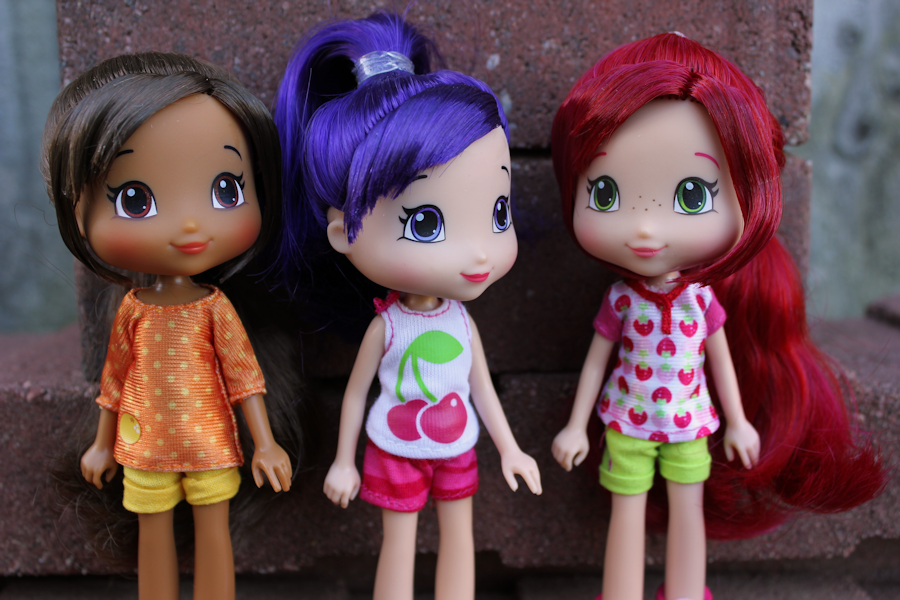 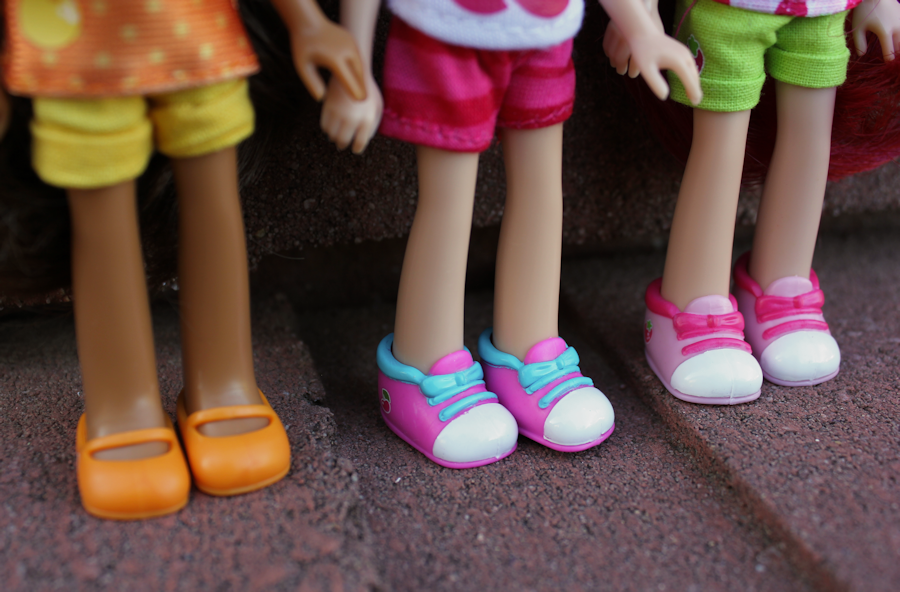 Right now, this is the only set in which you can get the character Orange Blossom in her newest, Bridge Direct incarnation.  I'm sure the company will release Blossom again at some later date, but right now, this is it.  I adore her.  She's my second-favorite, after Raspberry Torte (pink hair).  Raspberry is just awesome.  I love her high-set ponytail and pink eyes.  Although it's kind of funny that she has strawberries on her shirt instead of raspberries.  LOL. 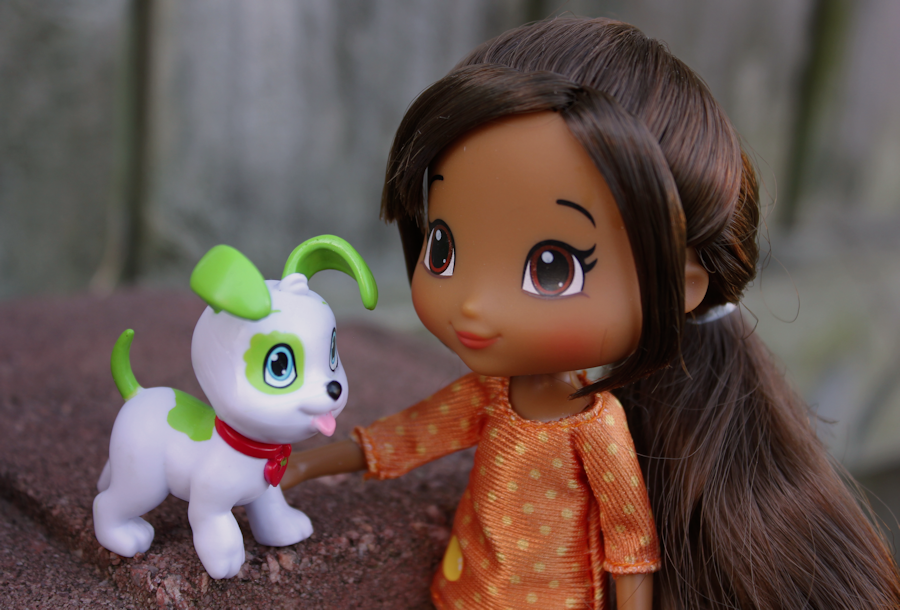 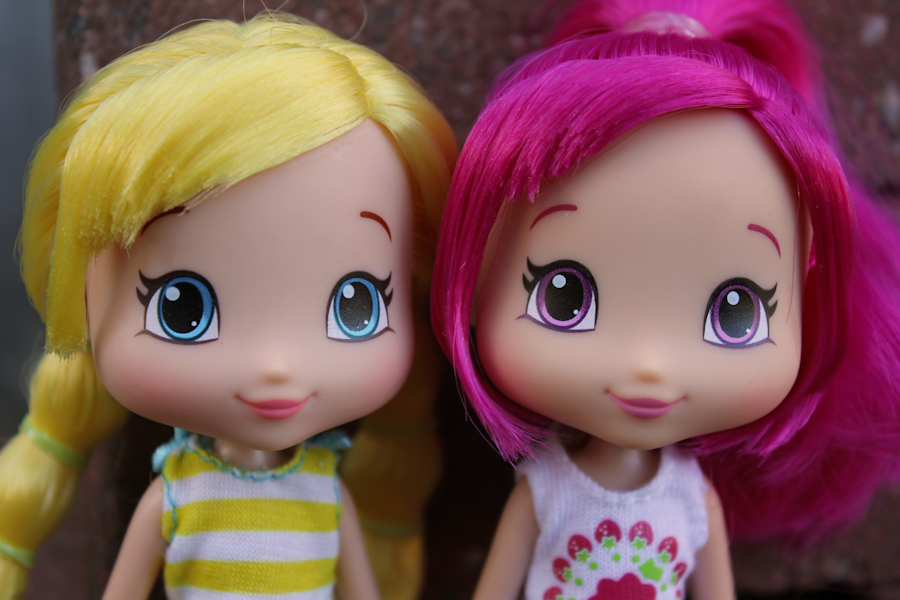 Anyway, I love the strawberry-covered shirt on Strawberry Shortcake.  Except for the clothing, she looks identical to the Berry Best Friends Shortcake.  The hair is in a different style, but is the exact same color (red hairs mixed with pink, which looks solid red from a foot away).  I wish they'd varied the hair or eye color for this version so she wasn't exactly the same, but that's all right.  Speaking of which, the original Strawberry Shortcake doll that debuted in 1980 had blue eyes!  Since then, the character has had either brown or green eyes, depending on which company had the license to produce the toys.  I absolutely love green eyes, so I'm totally OK with the current eye color.


I also suspect that The Bridge Direct, who has the current license to produce the dolls, doesn't have a choice in her eye color or look.  Since they work with American Greetings, who own the copyright, they have to work from artwork American Greetings provides.  At least I believe that's how it works.  And right now they're trying to keep with the look the characters have on the cartoon series.  This is also why the current Bridge Direct dolls have a lot of similarities to the previous Hasbro-produced ones.

I just think it's fascinating to get an insight into how toy companies and licensing work.  I would have been perfectly at home working at a toy company.

Anyway, enjoy the pictures.  My next post with either be about Tonner or Integrity Toys, or maybe both.  LOL. 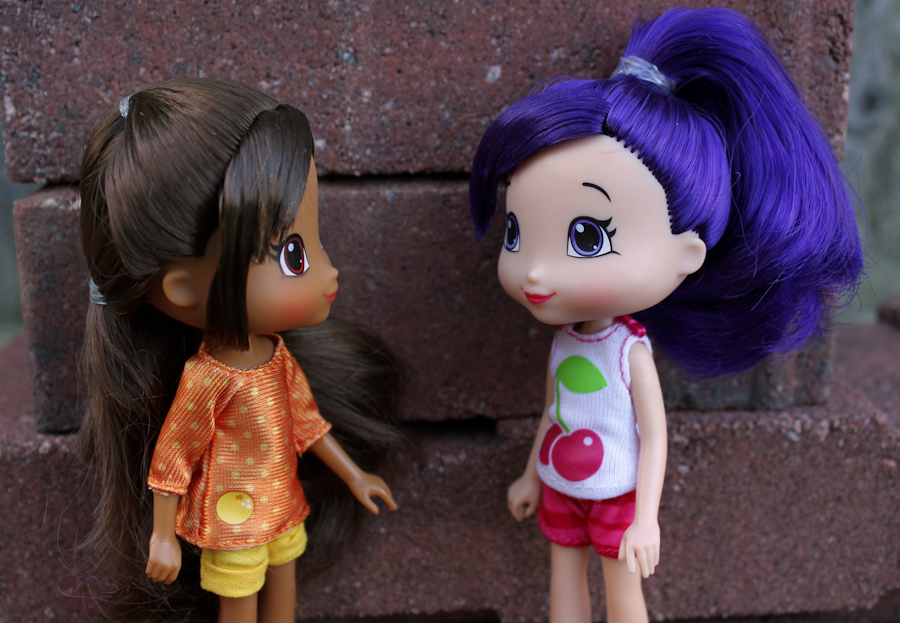