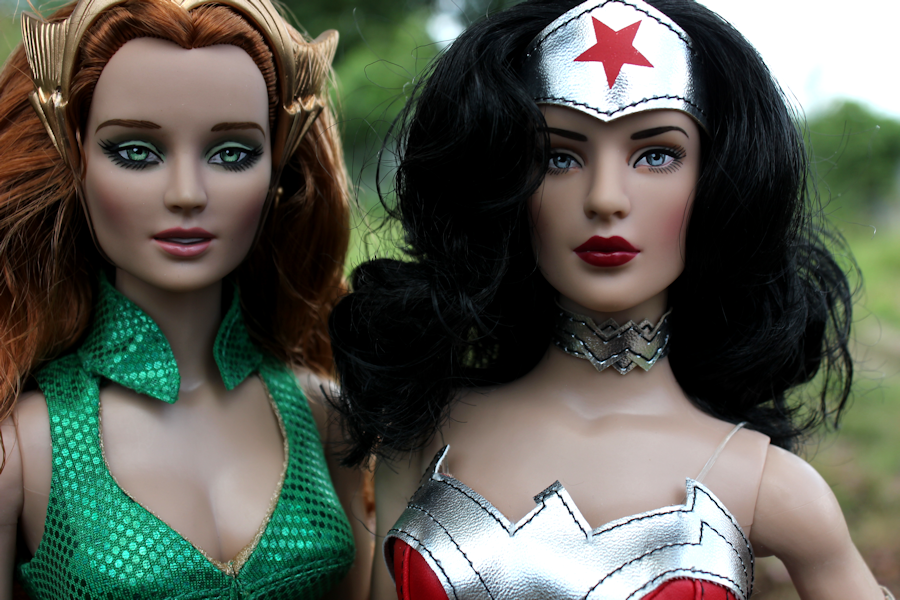 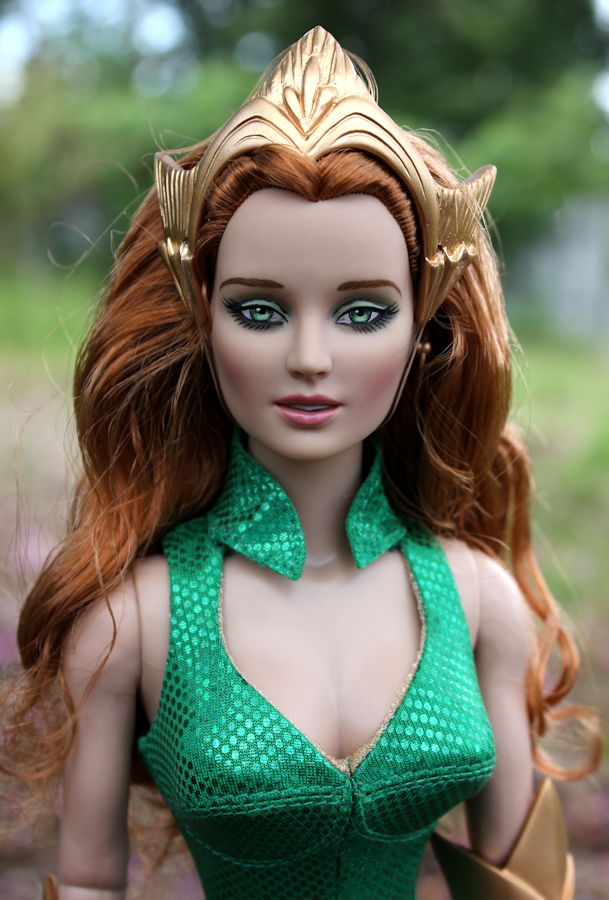 I love Tonner factory sales!  They had one recently, and I saw they'd reduced the price of this red-haired bombshell I'd been eyeing all year long.  She was less than half price!  I figured I'd never see her that cheap again, so I grabbed her.

She is the DC Comics character Mera, Queen of Atlantis.  Now, I'm not really a comic book fan.  I like them, but they aren't really my thing.  I grew up in the '70s on TV versions of DC Comics characters.  I watched the Super Friends cartoon, and was a huge fan of the Wonder Woman TV series with Linda Carter.  I've read some Wonder Woman comics, but never kept up with them.

But Mera Queen of Atlantis was never on my radar, even though I was pretty well-versed in the other DC characters.  I think if the doll had been in an elaborate gown I would have bought her sooner, but of course, the green skin-tight bodysuit is accurate to the current comic books.

I have to say, they did a fantastic job on the crown and arm guards!  They aren't faux leather like the arm guards on my Wonder Woman 52.  They're high-quality, hard plastic and have a shine to them.  I love the crown!  There is a thin string of clear elastic that you loop under her chin to keep the crown on, but it doesn't look bad.

Her hair is amazing.  I get such an Ann-Margret vibe from her, between the hair color and her va-va-voom body.  She has the "Heroic" Tonner body like Wonder Woman 52, which I'm thrilled about.

She's now sold out on the Tonner site, but still available from some of their dealers.

Redressed, she's pretty amazing (click on the pics to make them bigger): 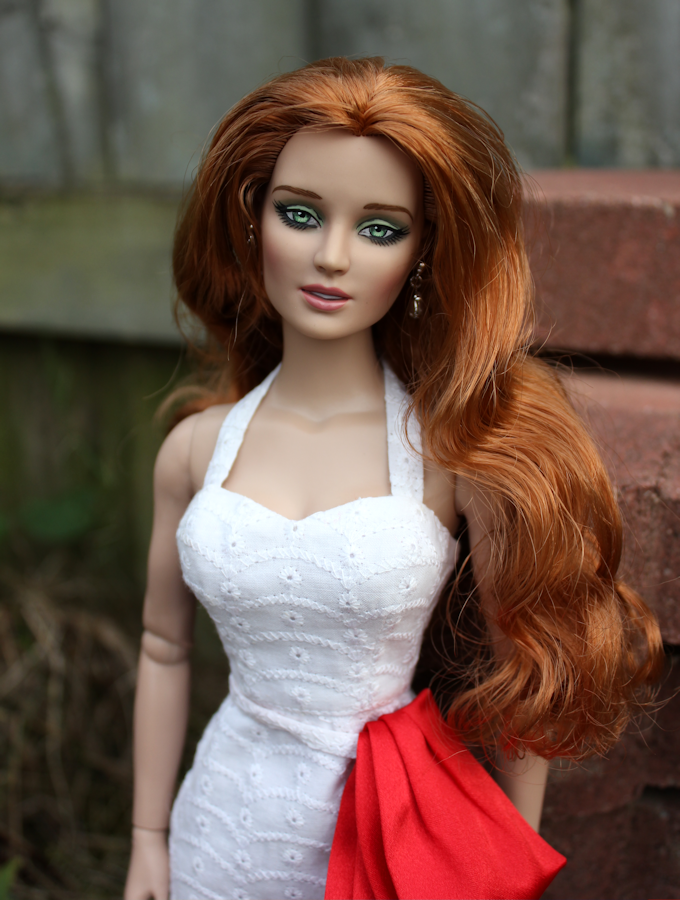 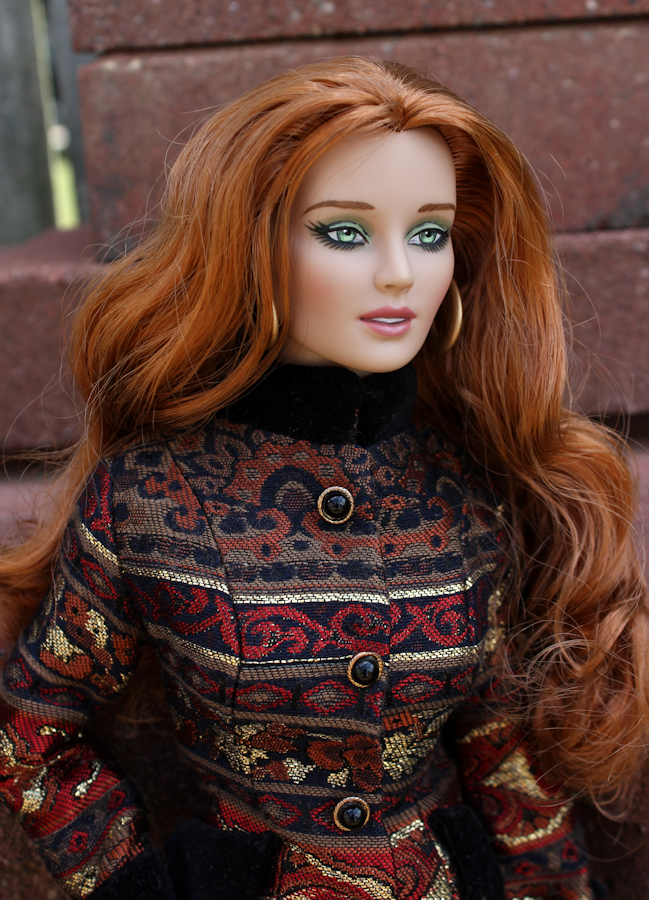 And her original costume is fun.  (Please note:  Wonder Woman and Mera are NOT friends!) 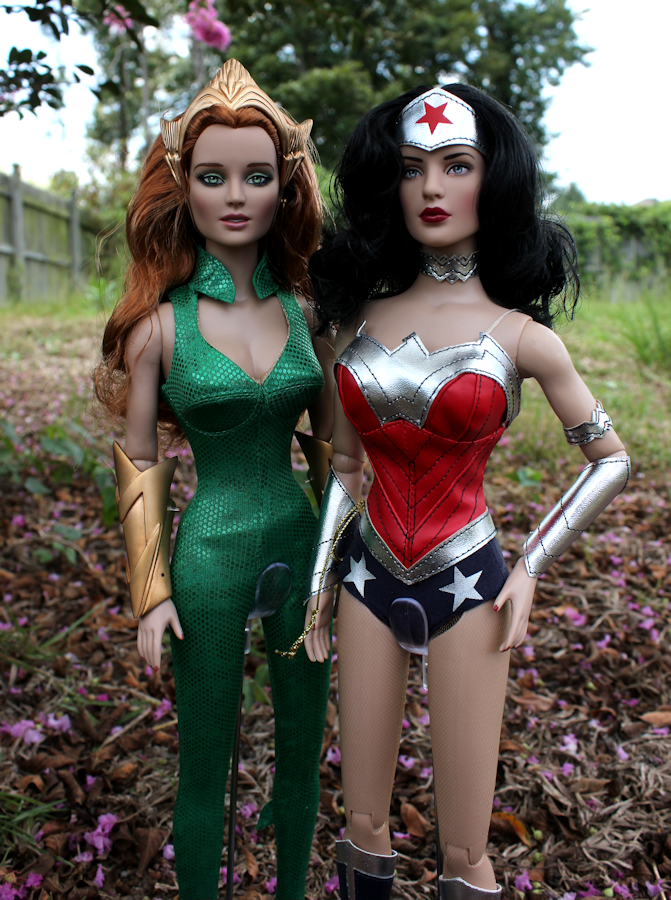 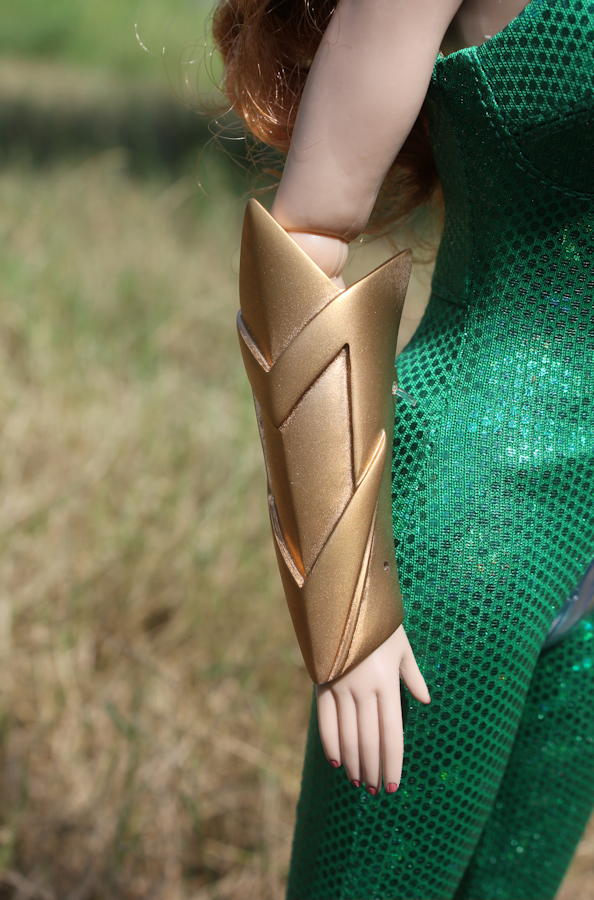 Her face paint is really lovely. 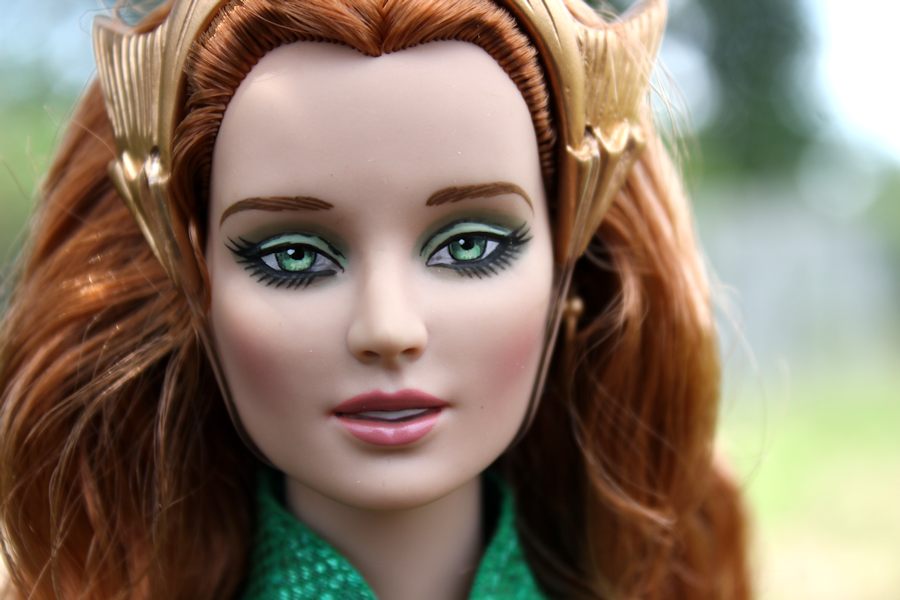 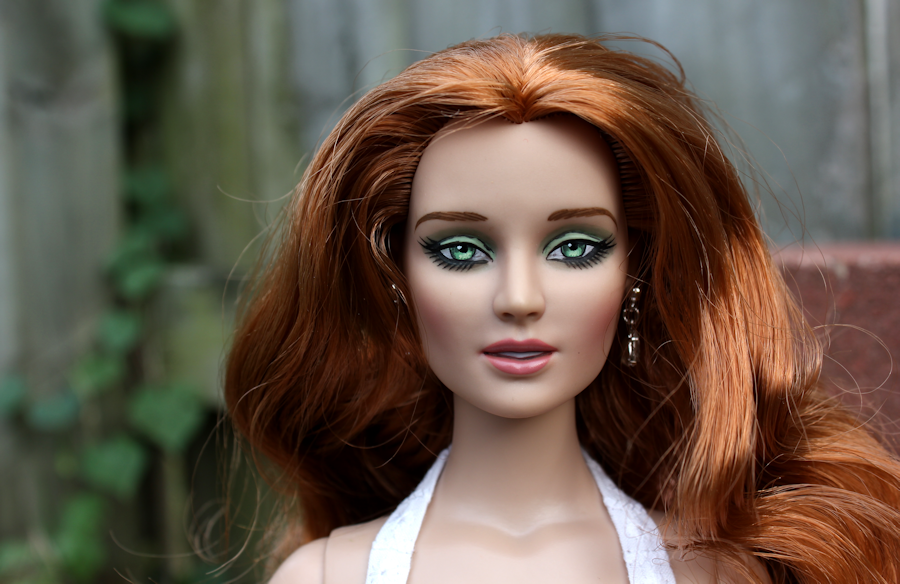 I'd like to come back later and talk about the clothes that will fit this body, so I'll be doing another post about them soon.