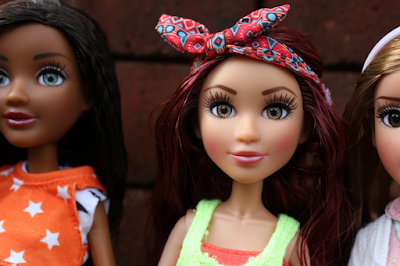 I mentioned the Project MC2 dolls in a previous post, but didn't go into detail.  I ended up buying the last two characters at my daughter's urging.  I figured the dolls deserved their own post now that I have all four of the articulated dolls (the $24.99 versions). 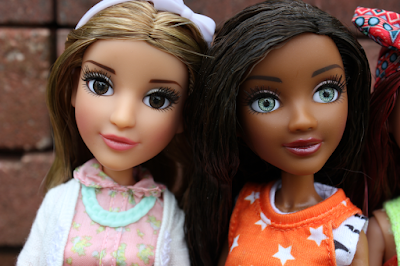 There is a 3-episode Netflix series that premiered recently about these characters.  The dolls were released before the show, which is pretty interesting on a couple of levels.  It seems like the main point of the show is to sell the dolls, not the other way around.  (Not that this is unique in the toy world or anything.) 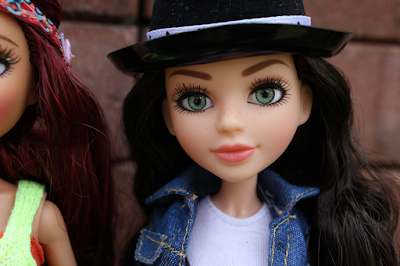 I watched the three episodes, and it turns out the clothes for the dolls were taken directly from the show.  (Or was it the other way around?)  Anyway, I have a suspicion there was some diabolical planning associated with this.  It seems to me like the show and the dolls were both planned at the same time, rather than one following the other.   I'm guessing the sculpts for each of the dolls were created and the molds made before the actresses were even cast in the show, which would explain why none of the dolls look like the actresses except in general coloring.  Just a theory, guys.  I could be wrong.

But aside from my conspiracy theories about their origins, these are adorable dolls!


Some of the fashions are super cute, and others have me scratching my head.  LOL.  Some of the more off-beat fashions translate better to the living actresses, who manage to make the clothes look good in the show. 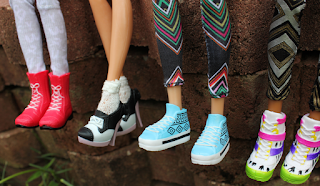 I took a few pictures of arm posing.  Their arms stay up when you lift them, so you can pose them.  They can touch their foreheads, but can't quite touch their noses or chins (well they CAN, but their arms won't stay in position that way).  They can also sit nicely, with or without crossed ankles.  They can't sit with crossed legs, though. 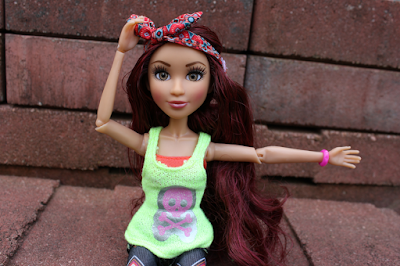 Anyway, I thought I'd show off the four dolls.  Hope you like my pictures.