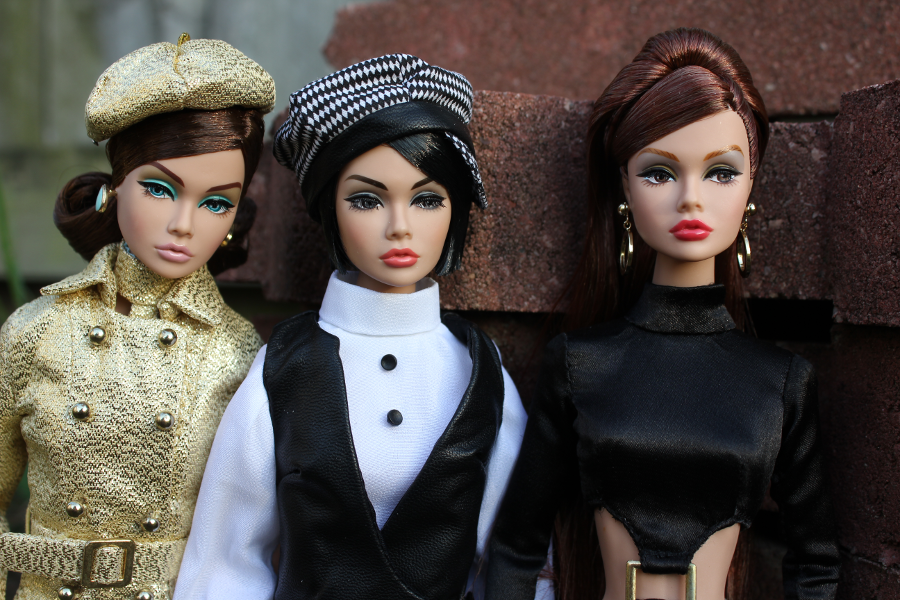 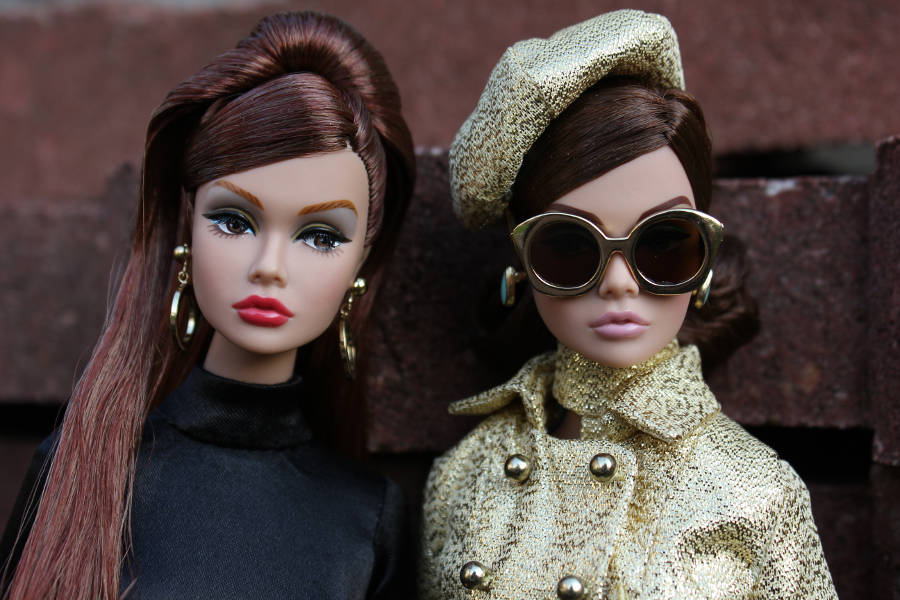 So guess what came yesterday????

Two more spy girls!  These are "Spy-a-Go-Go" and "Agent Lotta Danger" Poppy Parkers (posing with "The Girl From I.N.T.E.G.R.I.T.Y." from my last post).  They're from this year's spy show-themed Poppy Parker line.  The three of them together make me think of that old TV show "Charlie's Angels." 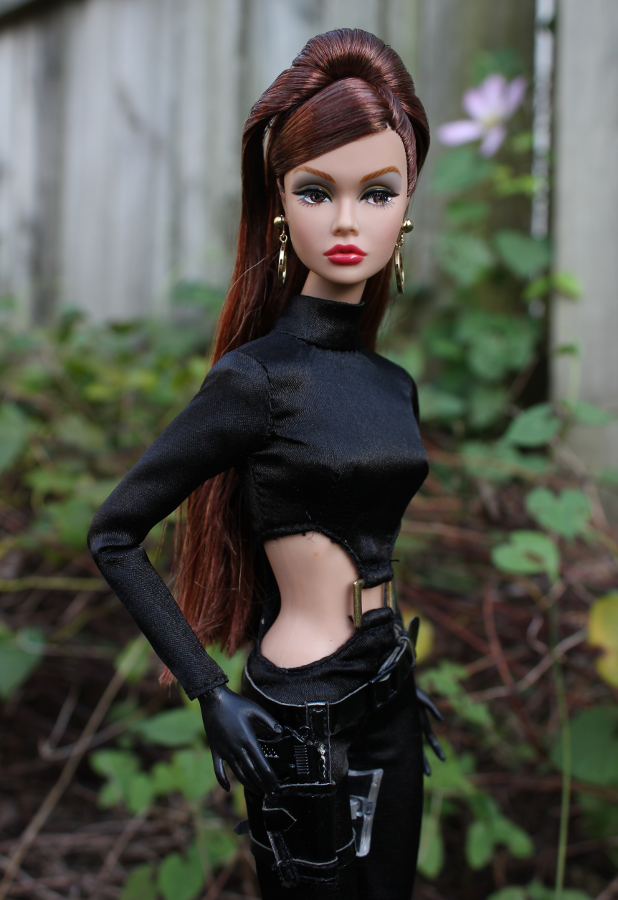 It's been about a hundred years since I got new Poppy Parkers.  I was starting to forget how much I love these girls.  I managed to miss all the convention dolls from last year's Integrity Toys convention (and refused to pay double for them on the secondary market).  So as a result, it seems like forever since I was last able to break open a brand new Poppy box. I think these spy girls have renewed my love for this doll line.

Being spies, of course, they all come with guns.  Well, all of them except for the W Club upgrade doll, "The Girl From I.N.T.E.G.R.I.T.Y."

Agent Lotta Danger (left) not only comes with a gun, she comes with an entire gun holster slung at her hip.  She also comes with four pairs of hands.  Two are black hands (to represent thin black gloves) and two pairs are normal-toned, non-gloved sets. 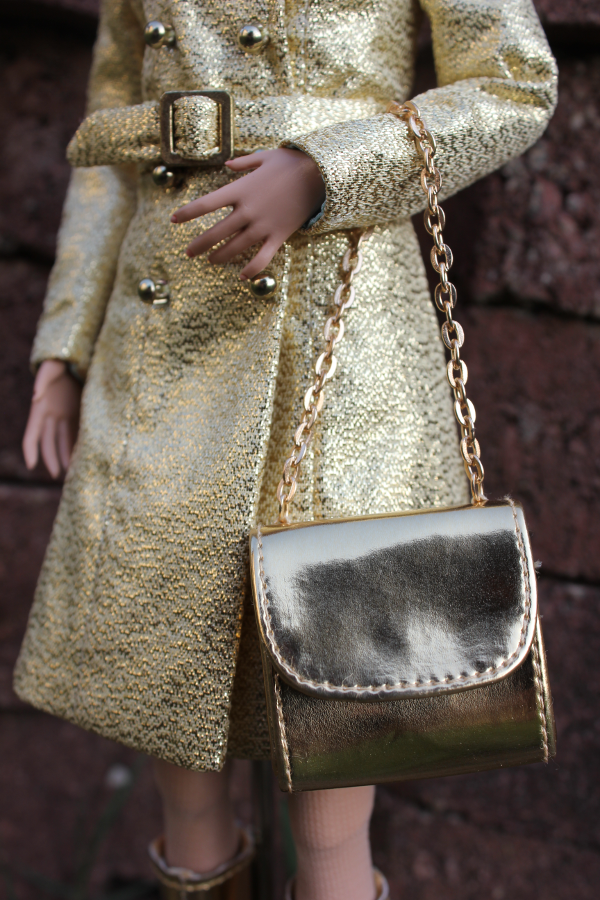 "Spy-a-Go-Go's" outfit is gold.  Really, really gold.  She comes with a lot of extra accessories, which is really nice.  She has two bracelets (gold), a gold gun, sunglasses (gold), gold boots, a gold beret, a purse (gold), and earrings and a ring that are gold with turquoise stones in them to match the rather sparkly dress she has on underneath.

I'm not a fan of the gold-and-turquoise mod party dress, but I LOVE the gold coat.  The coat coupled with those boots equals a win.  Integrity did a very cool thing with the gold coat ... they enlarged the pattern to fit the 16" Tulabelle dolls, and gave one of their 2014 Tulabelles the exact same coat made in the same material.  Their back story for such a deed was that Tulabelle had inherited the gold coat from her grandmother, Poppy!

I thought that was pretty stinkin' clever.  The doll who inherited the coat is called "Front Row" Tulabelle. 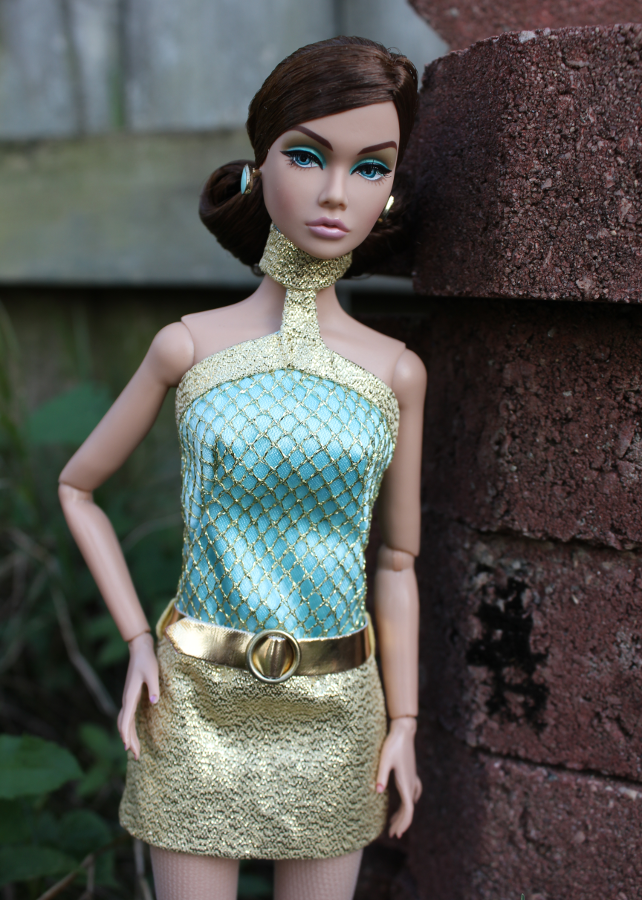 Here's the dress.  Meh.  It's very '60s, and the colors are pretty.  That's about all I can say about it.  I noticed it has a belt with it, which was NOT shown in the original promo pictures.

Her hair doesn't *quite* look like the promo pics, either.  The original photographs show her hair as being a little fluffier on the sides.  Mine almost looks like it's in a ponytail in the back, but it's just rolled up and hair-sprayed to death.

Dang it.  I forgot to put on her bracelets before I took this picture. 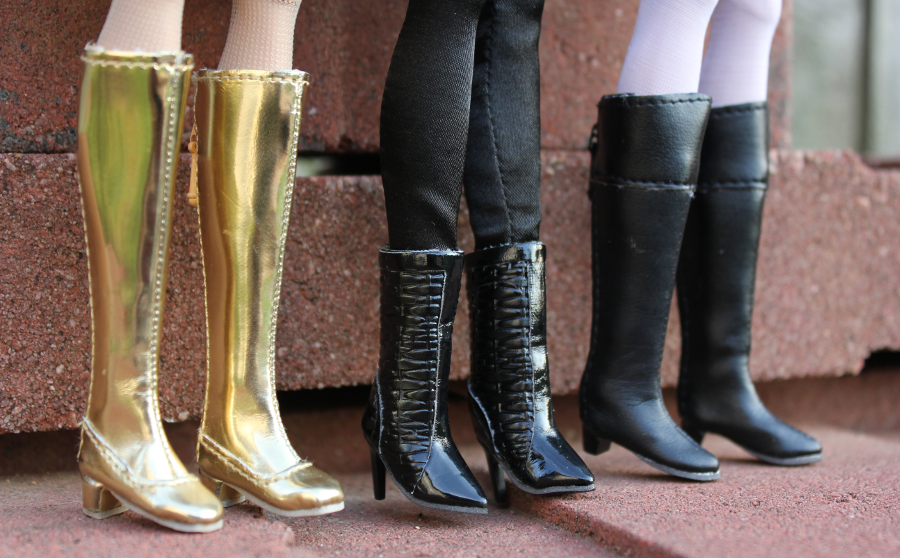 Boots!  I'm sure you can tell which is which based on the color of their legs.

Can you tell who the gold boots belong to?

And now for some random pictures, because these girls are fun to photograph. 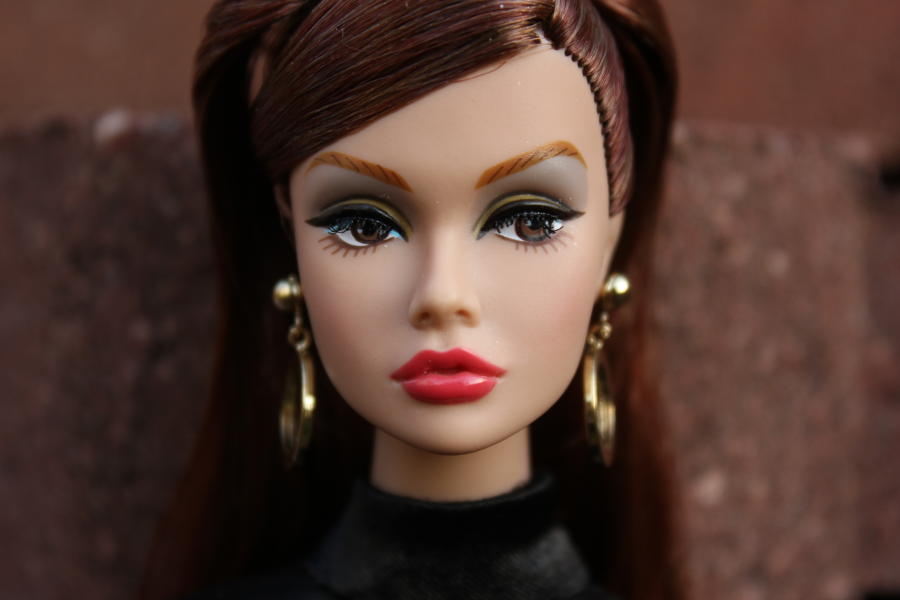 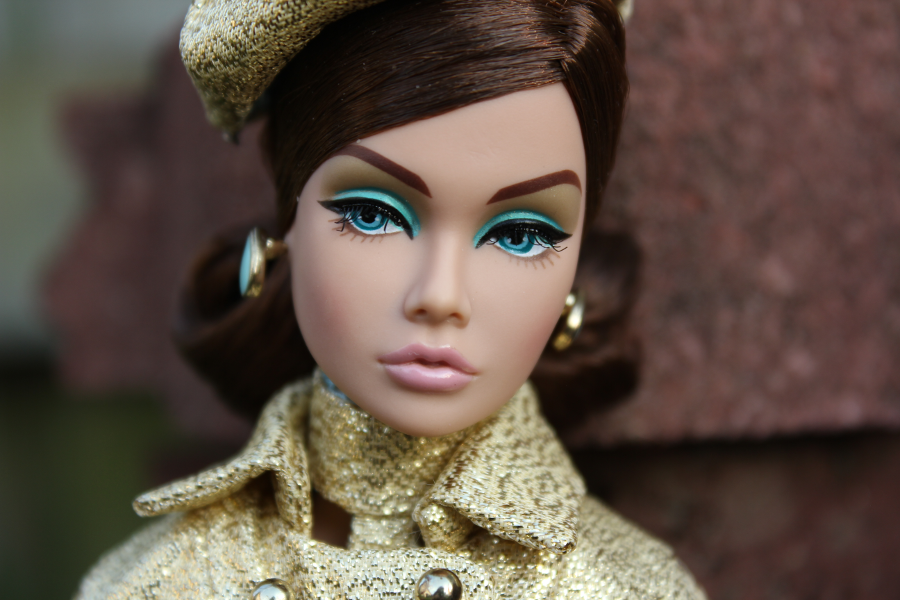 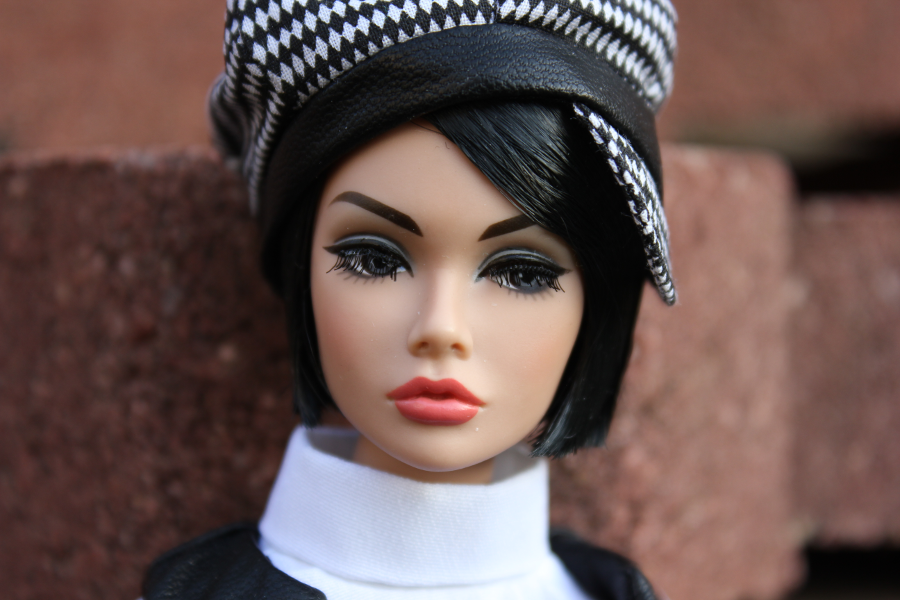 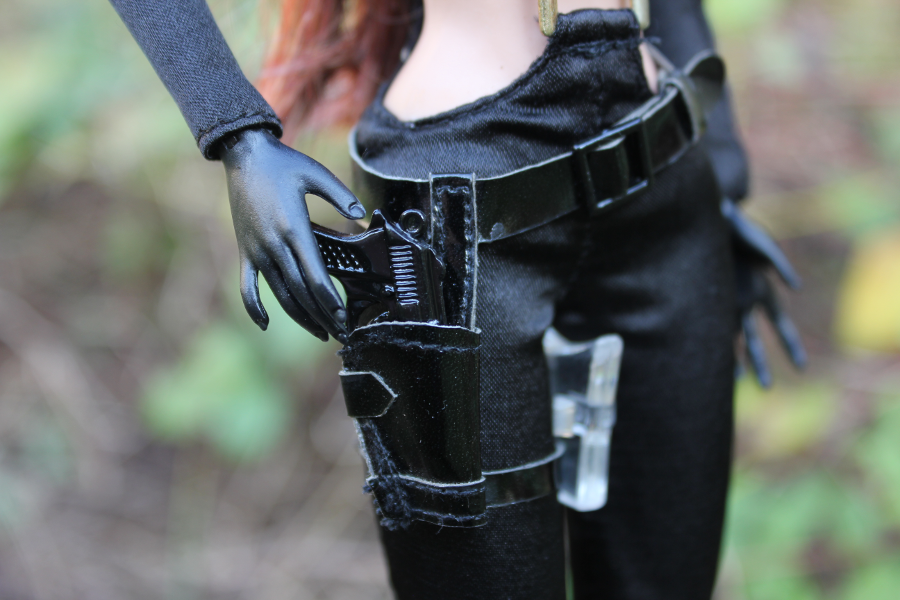 The black hands are supposed to be gloves, but they still have fingernails!  Ack!  The fingernails aren't quite as apparent in person, but boy, they sure show up in this photo.  I promise you they're harder to see in person.  But as I mentioned, she does come with regular hands, so you can switch out the black hands for regular, normal hands if you want to. 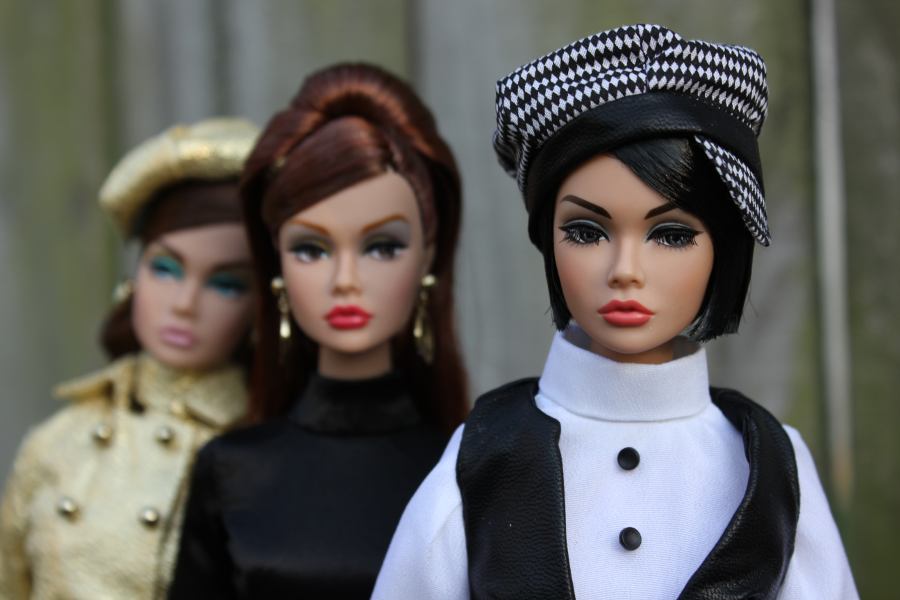 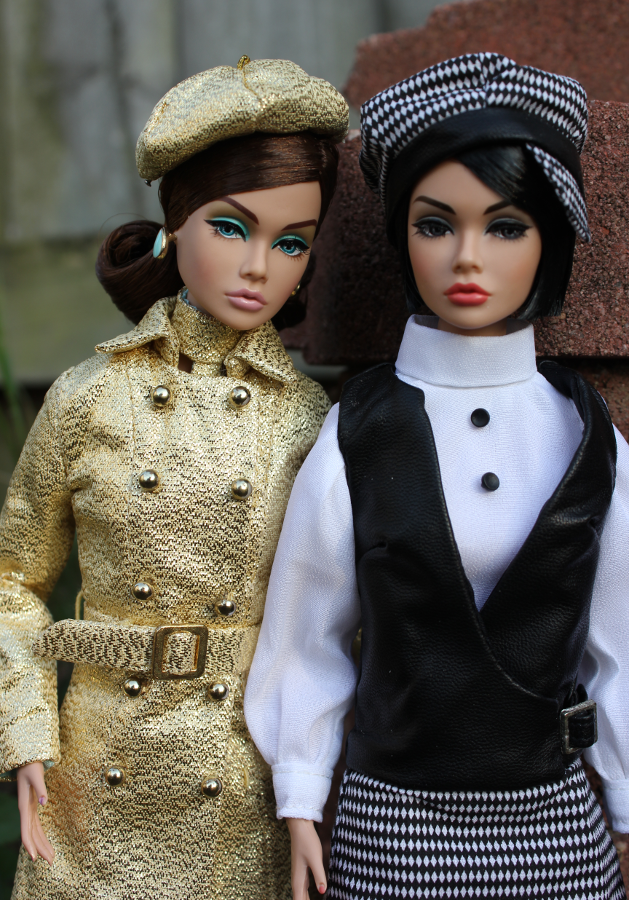