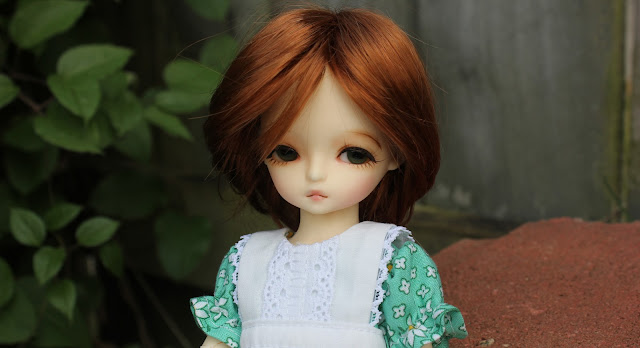 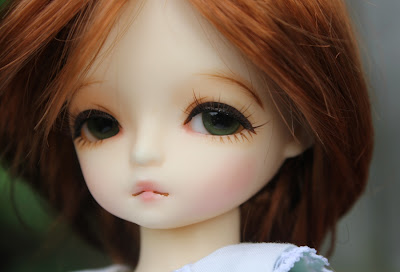 I adopted a Hujoo Rose from The Junky Spot.  The sculpt is so new that it's really freakin' hard to find pics of her on the Interwebs right now, so I felt it was my sworn duty as a doll blogger to spam as many pics as possible.  :)  She's 25cm/11" tall ... made from ABS plastic like their Hujoo Babies, not resin.  I love that!  It lowers the cost while giving you a tough little doll that won't yellow over time.  I'd had several resin dolls in the past, and in person she looks just like a resin to me.  She has a good weight to her, good jointing and competent, professional face paint.  She feels like the type of smooth resin that Bobobie uses for their dolls, but with better posing.  (I had a Bobobie March once.  Endearing face, but the posing was just ... bleh.  Really bleh.) 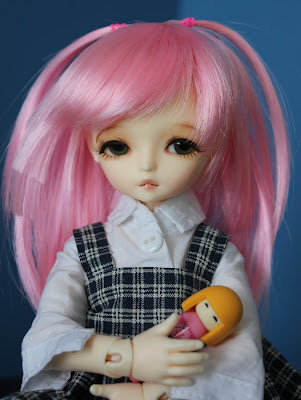 An ABS Hujoo Lily is also available, but I didn't like that face as much as Rose's.  It's driving me crazy that on Hujoo's official site they have two more sculpts in this line on the same body (Mari and Kesha), but they're only available in resin so far, not ABS.  Ack!  Produce those dolls in ABS pronto, Hujoo!  I'm not going to pay twice as much for the resin versions, as nice as they may be.

Rose is an Asian BJD in every respect besides the material used.  She's a strung doll, and eyes and wigs are changeable.  The headcap was fairly easy to lift off ... a HUGE relief to me, since Hujoo headcaps are sometimes a pain to open.  If I had a billion dollars, I swear I'd buy out the Hujoo company in South Korea and force them to switch to a magnetic headcap system.  LOL.  Then I'd force them to produce Mari and Kesha in ABS.  (And maybe that cute resin BJD cat they have. ...)

This doll is also available at Mimiwoo in Hong Kong, as well as Junky Spot in California.  I don't know of any other sellers right now.  Hujoo (infuriatingly enough) has the ABS Lily on its official site, but not ABS Rose.  Sigh.   As of this writing, the ABS version of Lily is sold out on the Hujoo site, but not yet at Junky or Mimiwoo. 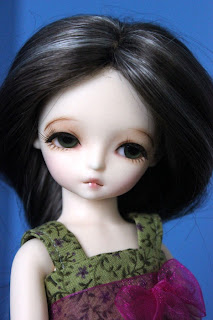 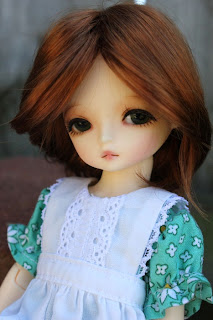 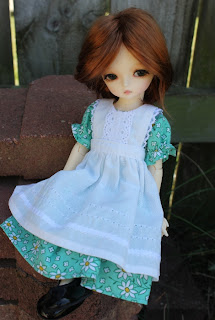 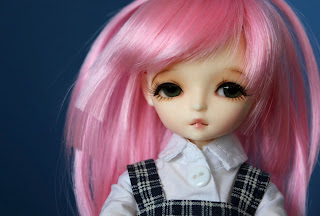