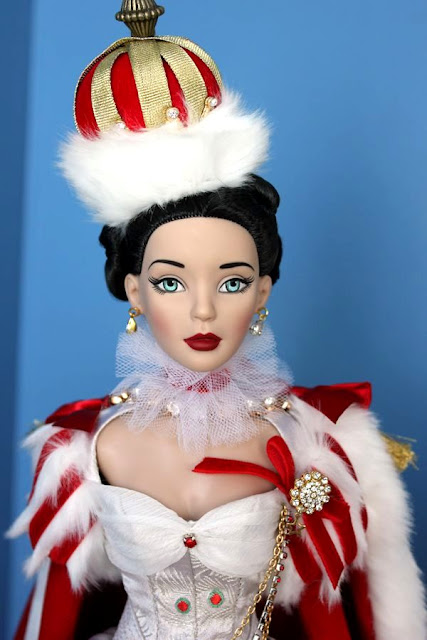 This is Royal Miette, from Wilde Imagination's fairy tale-themed Miette line. I think she looks like a queen from an animated Disney movie, like maybe she lives in the same world as Rapunzel, Elsa and Anna.

I had to post these pictures so I could show you her costume. Not only is the fabric sublime, with raised feather detailing, there are so many ornate and interesting things about the outfit, and nothing looks shoddy or cheap. 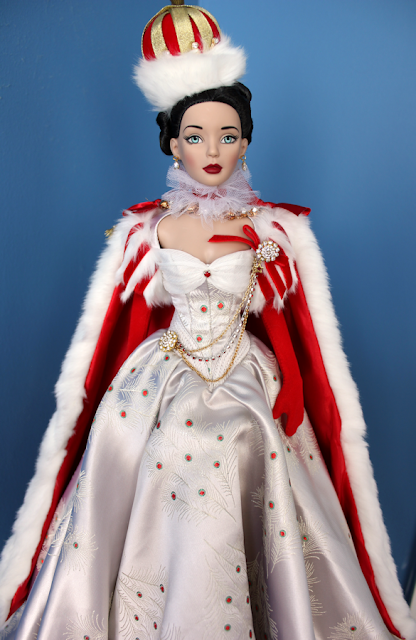 The red velvet cloak actually came separate, but of course I had to get it to complete the costume. Whoever designed this lady just did an amazing job. I know she was sculpted by Robert Tonner, but I don't know if he designed the gown as well, or if it was someone else. 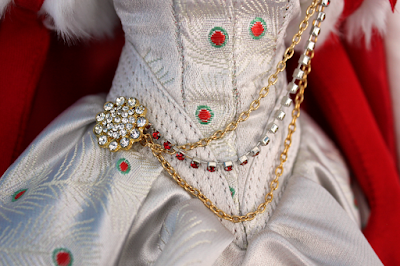 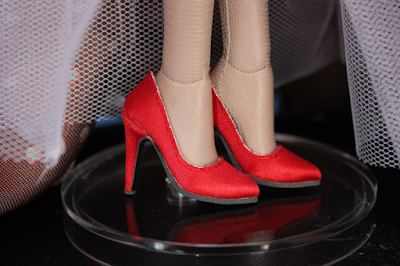 She comes with scarlet red pumps, nice if you wanted to redress the doll in a modern style. I was really happy to see this type of shoe, instead of some old-fashioned style I'd never use. 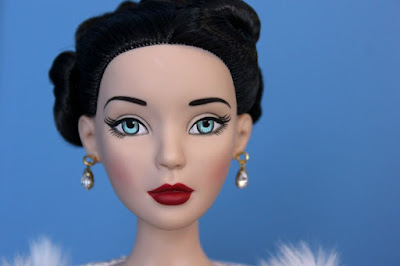 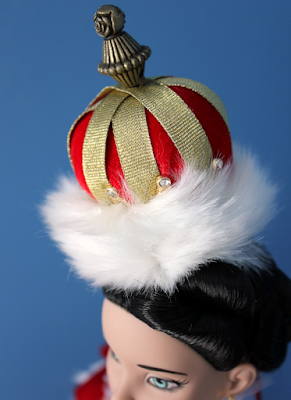 The crown has a clear elastic band to keep it on. I looped it under the chin and behind the ears. I've seen some mixed reactions to this crown on the forums. I think it looks pretty neat, but I'm also tempted to leave it in the box and replace it with a tiara. A tiara would show her elaborate hairstyle a bit better, anyway. 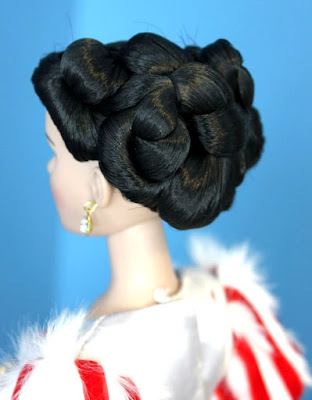 Before I got her, I was toying with the idea of taking her hair down. Her hair is so elaborately done, though, that I'll be leaving it as is. It's not just a simple bun. I don't think I could even explain in words what the hair is like, so I'll have to show you from a few different angles. It's so cool. I can imagine that this queen had a team of hairdressers that spent a couple of hours doing all these twists and knots. 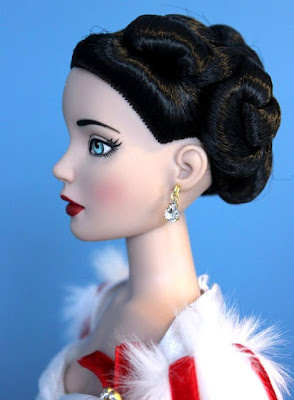 The earrings are simple, but nice. I managed to bend the post on one trying to get it in the ear. Ack! The posts are a little flimsier than they should be. I have some 16" doll-sized jewelry that came with a Franklin Mint Marilyn Monroe doll that I'd LOVE to try on Miette. I think it'd look amazing on her. 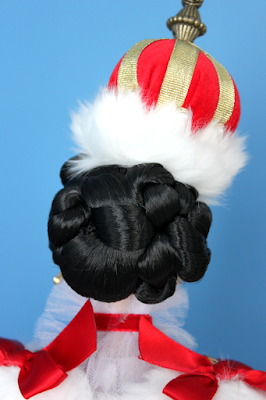 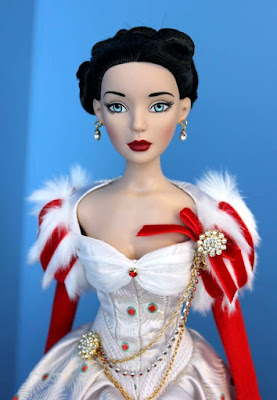 I took some pictures of Royal Miette without the neck ruff, cloak and crown. I like her even better this way. A more relaxed queen. 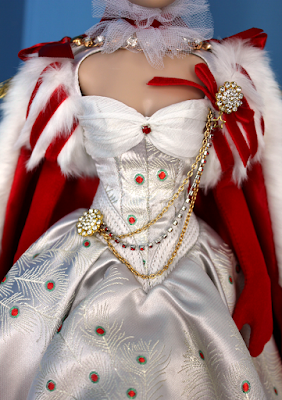 I'll finish by posting more photos of this wonderful costume.  Enjoy the pictures! 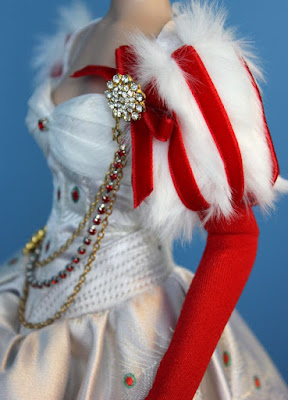 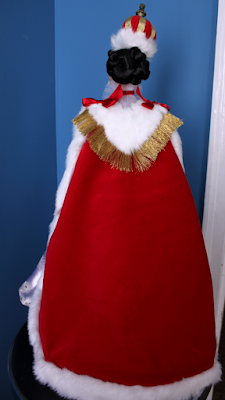 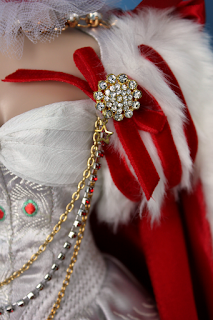 As always, click on the photos to make them bigger.