Integrity recently revealed their 2014 Poppy Parker Fashion Teen 16" collection!  Love all of them, although so far I've only ordered the two brunettes.  I kept watering and fertilizing that money tree, but it's just not growing very fast this year.  As soon as it blooms, I'll get the other two.

The theme this year is a trip to Paris, and these outfits were apparently what designer David Buttry imagined Poppy wore at various times during her Paris stay.  Love that.  Very creative! 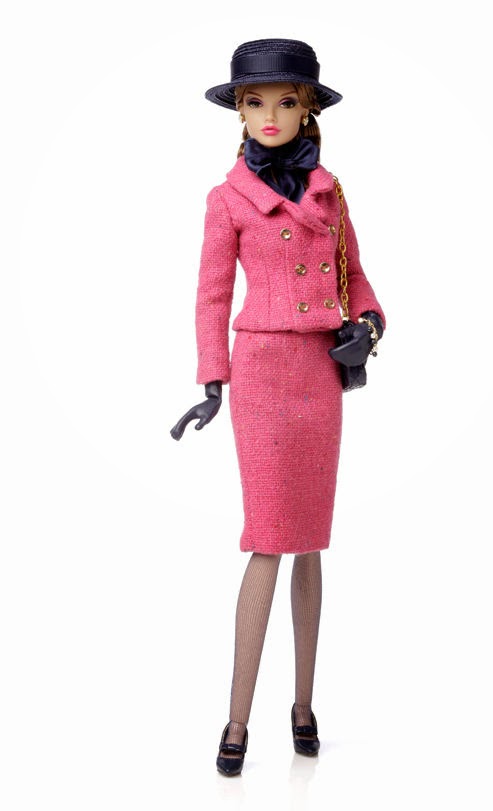 The one that seemed the most popular on the W Club forum (Integrity Toys' official club forum) was "Fashionably Suited," the one in the pink suit and navy blue hat.  Gorgeous, and she's my favorite of the group.  She made me think of actress Olivia de Havilland, probably just because of the hair and eye color.

Anyway, I'm a big fan of beautifully-tailored suits (both on dolls AND on people), so I had to get this one.  The doll looks like she'll have several nice mix-and-match pieces, because she has on a navy blue "shell"-type top on underneath the pink suit jacket.  The bow at the neck is actually a separate scarf, not connected to the blouse.  I love the hat, too.  The  MegaPoppys always come with the best hats.

My second choice was the one in the lavender beach wear.  Swimsuits, however, are a throw away outfit for me ... meaning I throw them in a drawer and never look at them again.  Ha!  Not a swimsuit fan, although the lavender ruffles are so beautifully done.  It really IS a pretty swimsuit, but I don't want my dolls standing around in swimsuits.  The beach beauty is called "Sunny Splash."  Her face paint is wonderful.  I think this will be a beautiful doll redressed.  I have zero interest in the outfit. 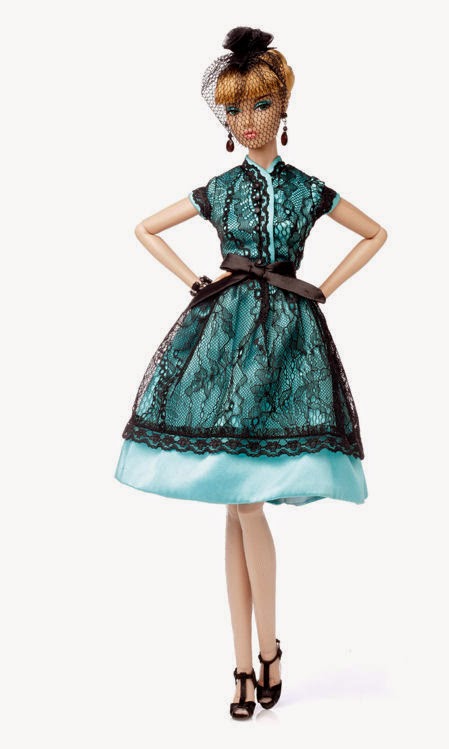 My third favorite was "Ma Cherie," the green-eyed blonde in the turquoise dress.  The dress is very reminiscent of the dress from the 12" Foto Fab Poppy.  I loved it on her, and I love it in 16" form as well.  The styles are a bit different; the 16" dress is not an exact replica of the 12" one.  It's a lovely style, though, and fluffy cocktail dresses are my absolute favorite among favorites, so I'll have to get this one for her clothes eventually.

I do like her face as well, though.  I don't normally dig bright blue eyeshadow on dolls, but it looked so good on last year's Winter Wowzers that I have high hopes it will look great on Ma Cherie as well. 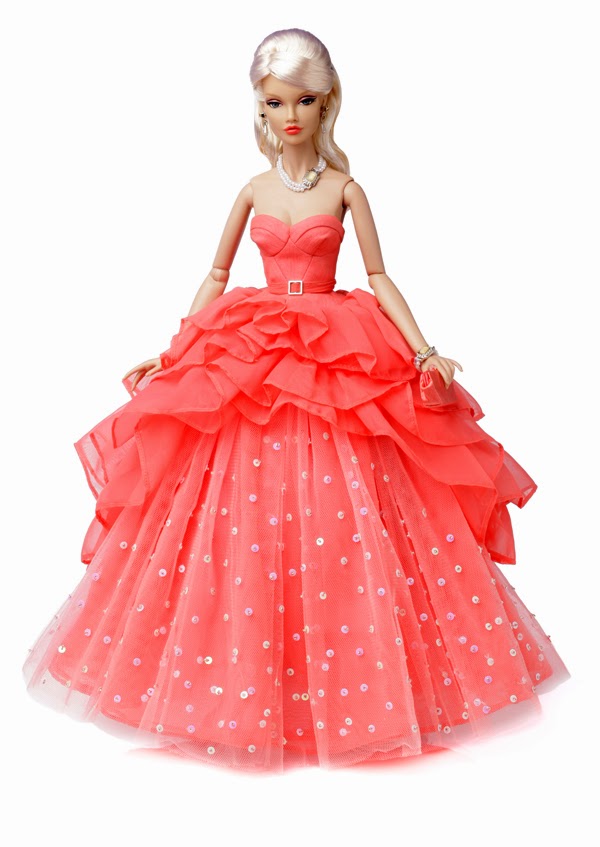 Last on my list is the platinum blonde in the coral gown, who is called "Floating Dream."  Seeing this gown reminded me of a similar Tonner gown in coral, which he did both in the 22" size AND in the 10" size for Tiny Kitty.  Integrity's version isn't TOO similar to Tonner's, but it would have helped if they hadn't been the same color.  LOL.  I have to say, the ruffles on the Integrity gown look very opulent and amazing.  The Tonner gown didn't have the ruffles or the sequins on the skirt, and the bodice was cut differently.

I would have loved this Poppy gown in a bronze-brown, especially if the doll had had brown eyes, too.  I never loved coral, anyway (or chartreusse, either).  She's pretty, though, and I don't have a 16" Poppy with that hair color yet.  I'm not really sure if I'm going to get this one or not.  We'll see. 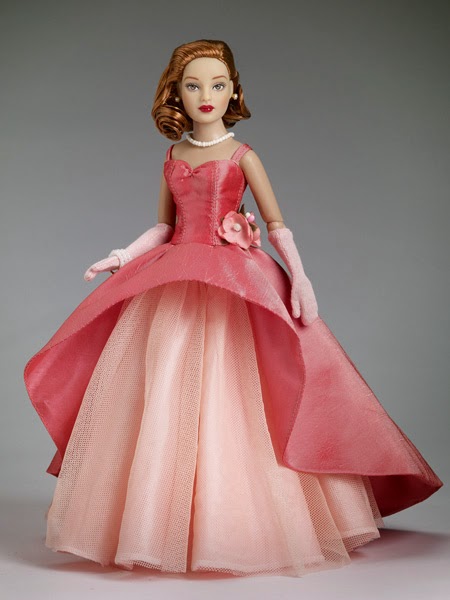 Here's the Tonner gown I mentioned, on "Champagne Supper" Tiny Kitty.  I just thought it would be interesting to compare the two.  There are a lot of differences, so it's very obvious that one isn't a copy of the other.  I think it's more a matter of there only being a finite number of colors in this world, and that both gowns reflect the same time period, the 1950s and 1960s.  I love the clothing from that period, which is probably why I'm both a Tiny Kitty fan AND a Poppy Parker fan.