The Atlanta Gone With The Wind event, June 2014


I was lucky enough to have been able to attend the Tonner Gone With The Wind Event in Atlanta, Georgia on June 7.  It was only three hour's drive from my house, so no $$$ airplane tickets!!!  Yay!  It was quite literally my first doll company-sponsored event.  I found the whole event very charming!  Robert Tonner was there, and I got to see him in person for the first time.  (And then promptly was too shy to actually speak to him. ... LOL.) 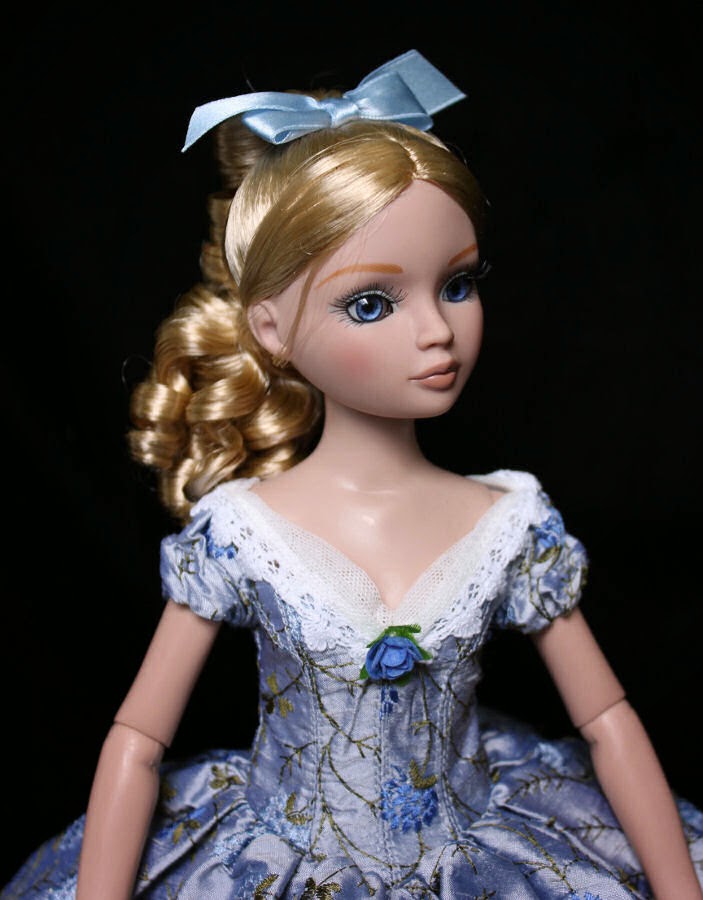 Unfortunately, the mini camera I decided to bring was not my usual camera (which is big and heavy).  My mini camera took absolutely terrible photos.  They all came out dark and grainy, so I won't even bother to post them here.  So disappointing!   Instead, I'll post some pictures of some of the dolls from the event, taken with my better camera once I was home again.

The jewel of the event (in my opinion) was "Over The Top" Ellowyne, a convention exclusive.  What a beauty!  The dress is very detailed, and made from the same gorgeous embroidered silk(?) as the gown from "Love Is Blue" Sydney.  I must really love this fabric, because "Love Is Blue" was actually the second Tonner doll I ever bought, way back in 2003, I believe.  (Brenda Starr was my first.)

"Over The Top" has a full hoop skirt on under the gown!  Her shoes are exquisite, too, and made from the same material as her lovely 19th-century dress. 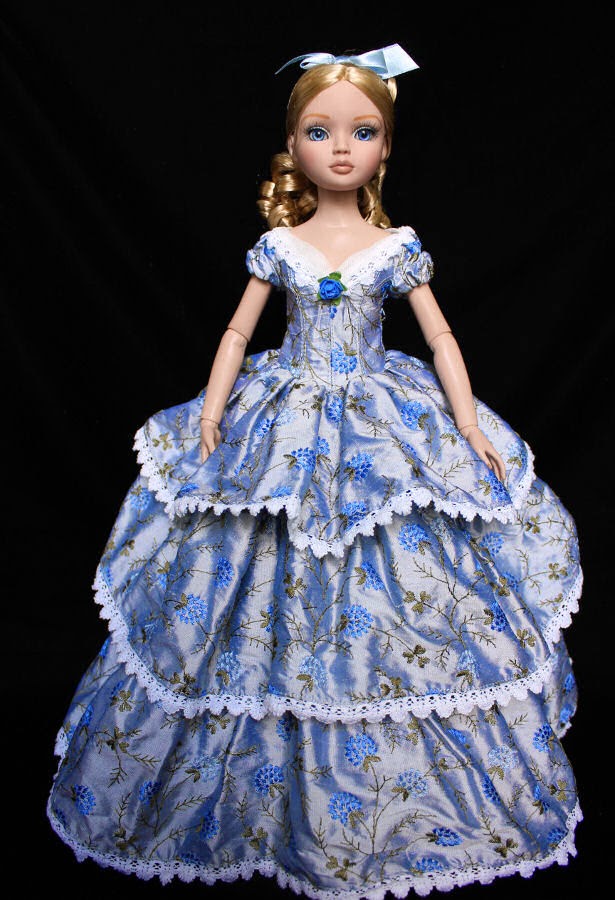 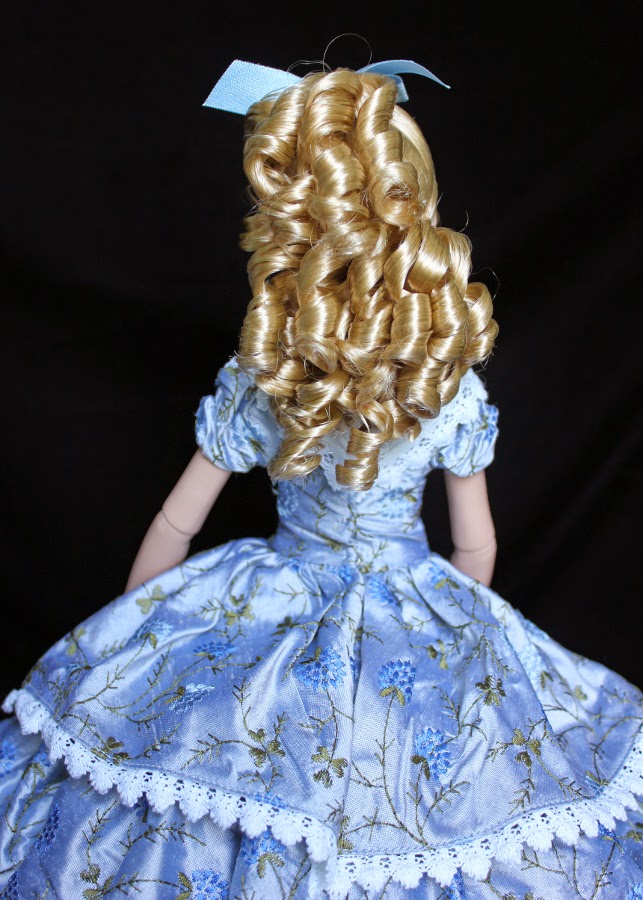 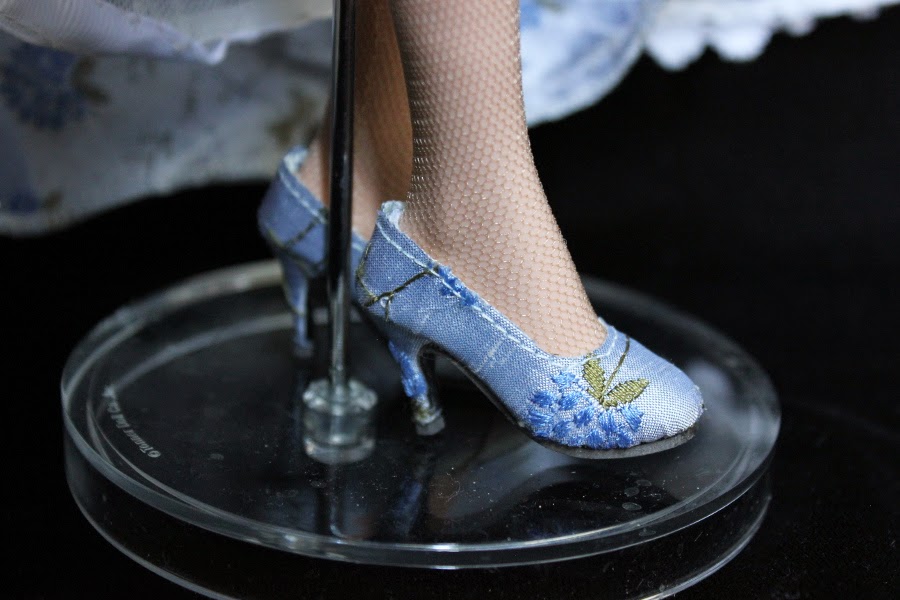 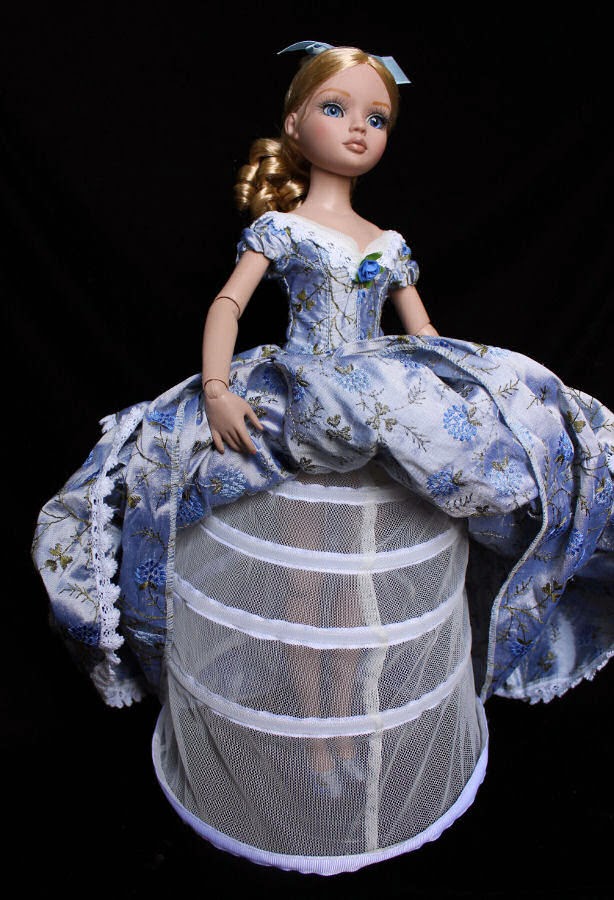 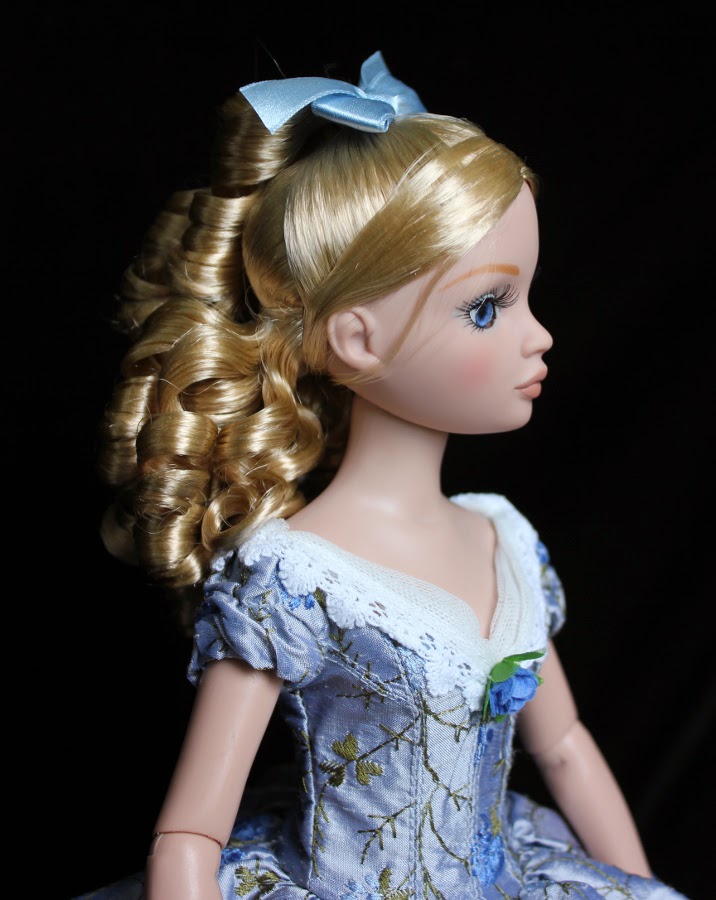 I didn't get the table centerpiece doll, which was a pretty Scarlett O'Hara in a white and black gown called "Lost Honeymoon."  The table gift was a wonderful Scarlett called "Shame."  She wears an alternate color version (emerald green) of the dress Scarlett wears to Ashley's birthday party.  This was the original color for the dress, as written in the book. The movie studio decided they wanted the dress to be red instead, so they asked Margaret Mitchell if she minded if they changed the color for the movie. She gave them her permission.


There is actually an original costume sketch of this dress in green, done by the costume designer for the movie.  He later re-did the sketch in red.

The dress on the doll seems to be velvet, and each of the rhinestone accents are hand-sewn on individually.  I haven't deboxed her because I'm not a huge fan of the Scarlett O'Hara dolls, although I adore the movie.  If I can't sell her, I'll be really tempted to put that gown on my Wonder Woman 52.  I'm sure she'd rock that look.  Wonder Woman in emerald green velvet, with feathers?  Sure, why not. 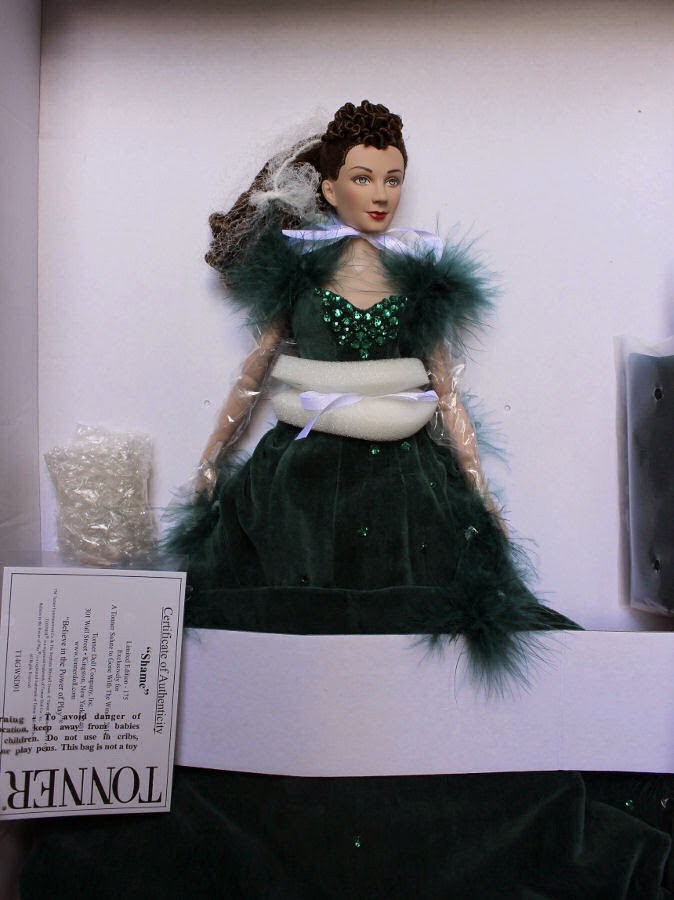 Another table gift was a small porcelain Scarlett.  She is literally a Southern bell.  LOL.  That is, there is a bell clapper under her skirt, so you can use her as a bell and ring her.   My 6-year-old thought this was wonderful, and promptly went around the house ringing the Scarlett O'Hara bell.  Hee hee! 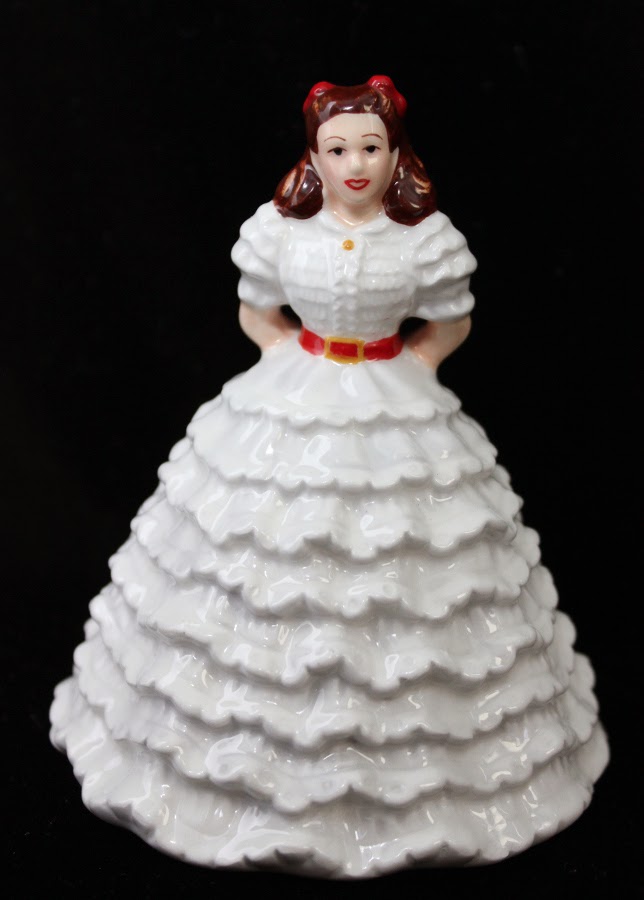 They also held an unexpected factory sale right there at the event, where they piled bagged dolls on a table for cheap wholesale prices.  I only got one from that sale ... "All Good" Lizette.  I figured she'd go nicely with my "Raindrops and Roses" Lizette that I got recently.  Sisters!  The two are sitting together on my computer desk right now, looking adorable together.  Their eyes are actually different shades of brown.


Anyway, thanks for looking at my pictures!  As always, you can click on the photos to see them larger.