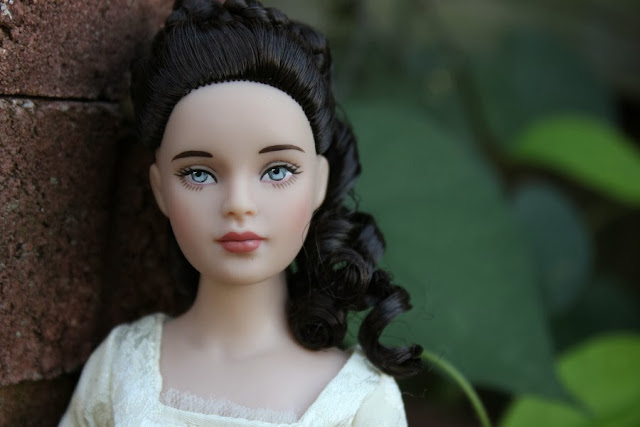 "A Capital Affair" Tiny Kitty came to me a month or so ago, and I never did post pictures of her.  She was a special event doll from the 2013 United Federation of Doll Clubs (UFDC) convention in Washington, D.C.  I didn't go to the event.  I just fell in love with her through pictures, and ended up buying her from someone who did go. 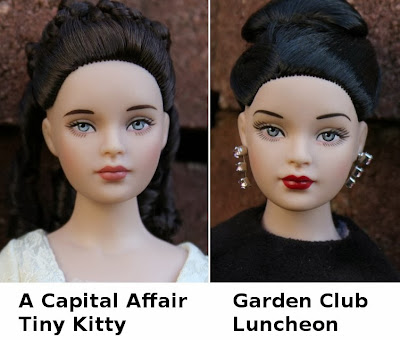 I'll start off with a comparison pic of her next to "Garden Club Luncheon."

Mother and daughter?  LOL.  When posed side-by-side, my first thought was that "Garden Club" looked like the very fashionable mom.  It had everything to do with her styling, of course.  The hair, the clothing. ...  If not mom, then an older sister.

I wanted to show off the differences between the two faces, since their coloring is similar.  If you'll notice in the pictures, GCL has pitch black hair; ACA has dark brown.  GCL has grey eyes; ACA has blue.  Their lip color and eyebrow shapes are different. "Garden Club's" hairline is lower, and she also has longer eyelashes.  I have to say, I think the hairline on "Capital Affair" is a touch more attractive.  I also prefer the shorter eyelashes.  I still love "Garden Club Luncheon," but "A Capital Affair" is definitely the true beauty, here. 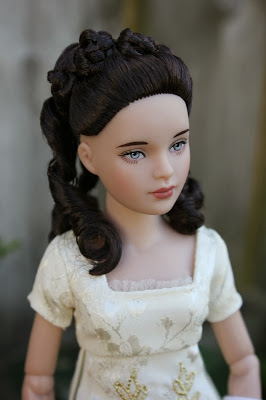 I'll include a few more pictures of the latter, since she hasn't gotten her own post yet. She came with a see-through pink nightie, which I haven't tried on her, yet.  See-through!  Ack.

And now some more pictures. ... 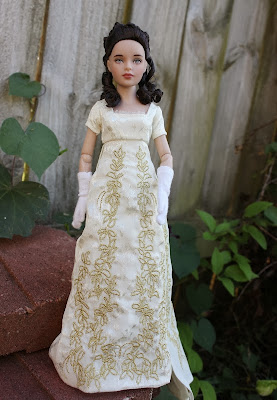 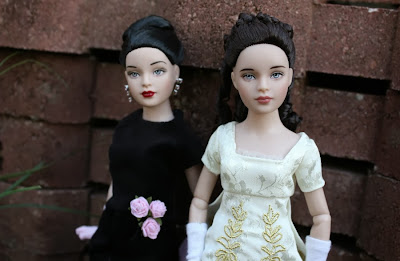 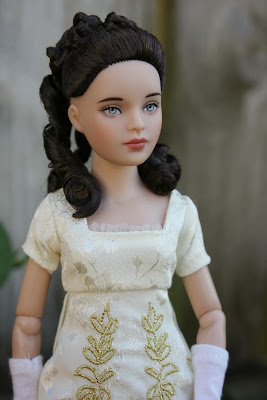 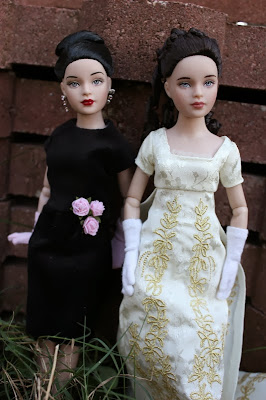