I've been eyeing these girls at Target for the past year ... 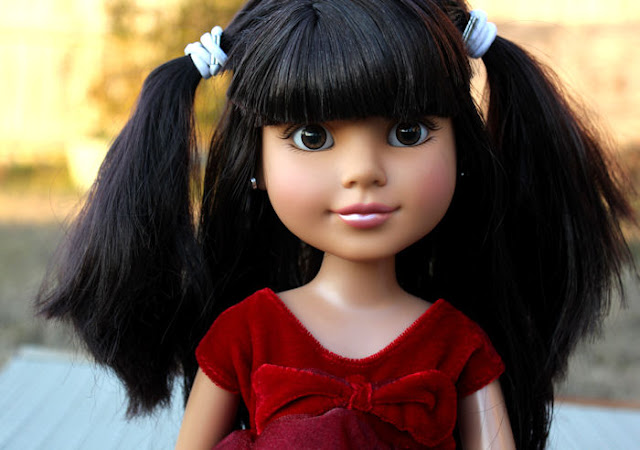 I've been eyeballing these BFC Ink. dolls by MGA Entertainment for a good while now.  I think they're just darling.  (Yes, it's spelled "Ink," not "Inc." I don't know why. ... It's not like they come with colored pens or anything!)

The quality is fairly good for a play-line doll, and unlike most child dolls, they have bending elbows, wrists, knees and ankles!  The high-priced American Girl dolls don't even have that. It was a selling point for me, because these dolls are meant to be played with by little girls, who like to pose and play with their dolls, not just stare at them.

So, I had to get two of them.  One is mine and one is my daughter's, but I have a feeling my doll is destined to live in my daughter's bedroom forever.  Transfer of ownership is inevitable!  That's the problem when both moms and kids like dolls.  Hee hee.

It turns out the company is right now in the process of coming out with five new ones. They are already for sale through Target.com and Amazon.com (when they aren't sold out). I expect they'll be in stores in a few months. The new BFC girls represent different countries, and are from England, Sweden, Mexico, France and South Africa. 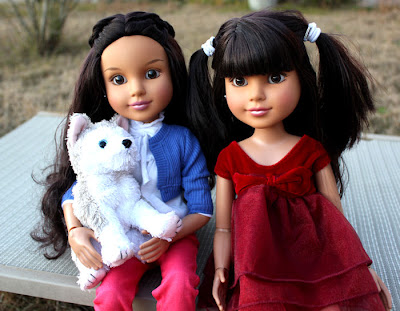 My only beef with them is they are afflicted with the trendy "big-head syndrome."  Why is it you can't buy child dolls any more unless their heads are disproportionately large for their bodies?  People shopping for dolls for their daughters don't even have a choice any more. ... If they want a child doll, it's going to have a big head because that's all that's available.

With that said, though, these dolls really are quite cute and fun.  They even have a few separate outfits available.  Nice.  The red dress in my photos is actually one of the separate outfits I found for them. 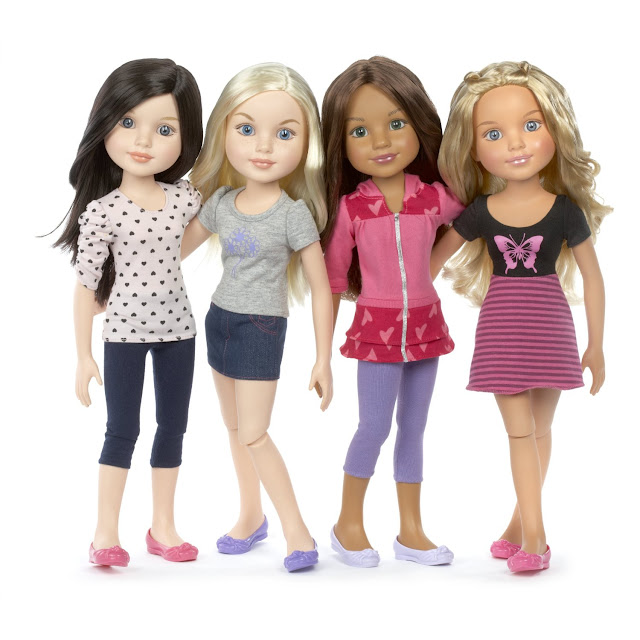